Back in January 2020, 1 Squadron’s commemorated the 150th Anniversary for which Officer Commanding 1 Squadron, Major Nicholas Heppenstall MBE and his team planned a trio of celebrations.

The Squadron is the oldest in The Royal Logistic Corps, having been formed at the Royal Artillery Barracks, Woolwich, in 1870 as 1 (Depot) Company Army Service Corps from elements of the Military Train. Since its formation, the Squadron has undergone several designations, becoming 1 Squadron, The Royal Corps of Transport (RCT) in 1965, 1 Squadron, the Royal Logistic Corps (RLC) in 1993, and then 1 Squadron, The Queen’s Own Gurkha Logistic Regiment (QOGLR) in 2005.

On 8th January 2020, 14 members of 1 Squadron deployed to Nepal to undertake an 180km arduous trek from Phedi to the holy temple of Muktinath; at almost 4,000m above sea level in Mustang District, this temple is one of four holy sites all Hindus and Buddhists should aspire to visit during their lifetime. They were joined by Corps Colonel RLC, Colonel Colin Francis MBE and Colonel Dominic Fletcher who had been the Officer Commanding of the Squadron in 2004 when it transitioned from British to Gurkha soldiers. 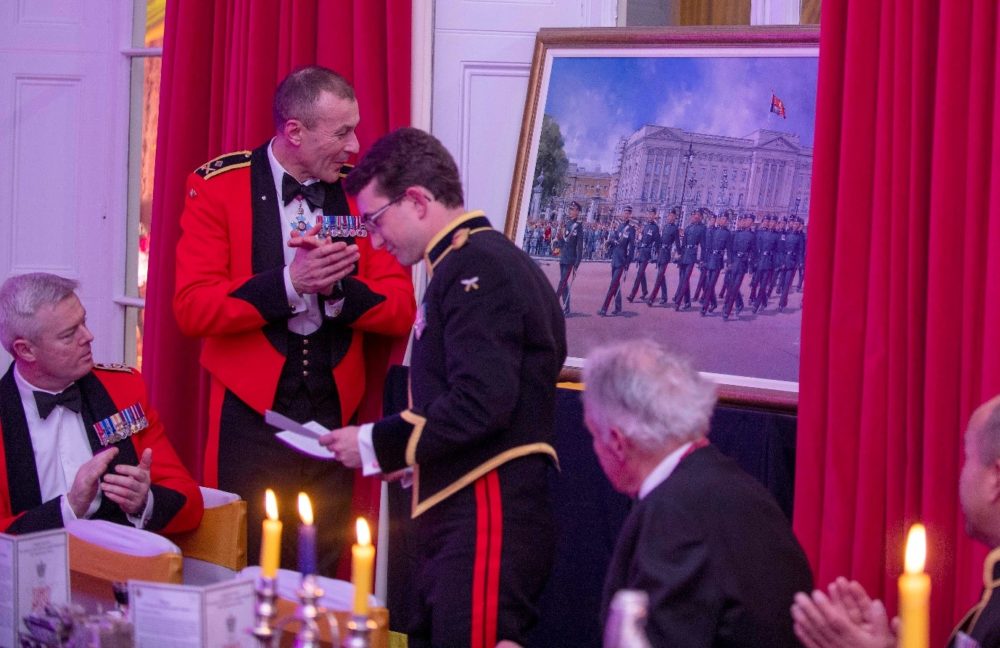 The second event was a Bhela, which took place in the Gurkha Welfare Trust Welfare Centre, Kaski on 25th January 2020. There was a large mix of over 60 serving members, service pensioners and families who had travelled from across the country of Nepal to attend the memorable event. Additionally, Officer Commanding 1 Squadron was hosted by Major (Retired) Krishna Bahadur Gurung MVO MBE, proprietor of The Gurkha Museum. There he donated money raised by the Squadron along with a painting of the Squadron undertaking State Ceremonial Public Duties in 2019.

The final element of the anniversary celebrations was bringing together, for the first time in history, all ranks from across the multiple designations that 1 Squadron has had for a dinner night held in the Officer’s Mess at Royal Artillery Barracks on the 15th of February, the very anniversary of the formation in 1870. Included amongst the guests were Colonel (Retired) John Coombes, who was the Officer Commanding 1 Squadron, RCT at the time of its 100th anniversary; Lieutenant Colonel Huw Williams MBE, who was a driver in 1 Squadron, RCT in 1983, and later, the Quartermaster of QOGLR; Colonel (Retired) Tony Barton who was the Officer Commanding 1 Squadron on Operation GRANBY in 1991; and Major General Duncan Capps CBE, the senior serving officer within the 1 Squadron alumni. Additionally, there were a spectrum of soldiers and officers ranging from Gurkha soldiers, just nine weeks out of their infantry training at Catterick, to serving Officers who had been part of 1 Squadron during the pre-QOGLR period.

Major General Capps delivered a speech, taking us back to the very start of his career as a Second Lieutenant in 1 Squadron and how the history and attitude influenced him in the years to come. Our host and current Officer Commanding 1 Squadron, Major Heppenstall MBE spoke both of the tenacity that has endured in 1 Squadron throughout its many transitions, and of the bright future ahead.

A true, once in a lifetime experience for everybody to celebrate being a part of something greater than the sum of its parts. 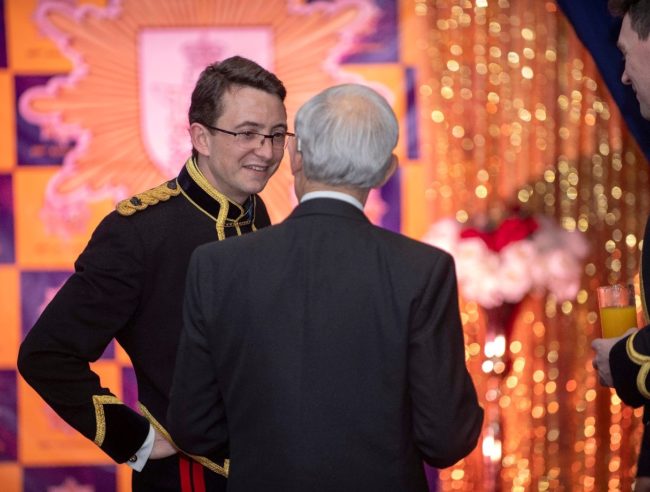 Two quotes by Major Nicholas Heppenstall MBE (Officer Commanding 1 Squadron) from the dinner night that I think are particularly good, in case a snippet is wanted.

“We are all collectively, united by the fact that we have had the privilege to serve in the oldest Squadron within the Royal Logistic Corps. The phrase, ‘the whole is greater than the sum of its parts’, first coined by Aristotle, embodies the spirit of the Army and it is clear to me that 1 Squadron, like all great teams, really is greater than the sum of its constituent parts.”

“I found myself therefore asking, what is the Squadron’s strength? How has it endured such change over the last 150 years?  I’ve come to realise that over this time there have been a number of enduring elements and these go deeper than the Squadron’s identity in terms of its role, or the race or religion of its soldiers. The Strength of 1 Squadron is the character and tenacity of its soldiers, it is the empathy of its young Officers and SNCOs, who have the confidence to display courage in their decision-making and set an example to others.  Perhaps above all else however, the most important strength constantly demonstrated has been the sense of duty we have all felt and the importance we have placed on the idea of service – service to each other within the Squadron, service to our country and service to the Crown.”