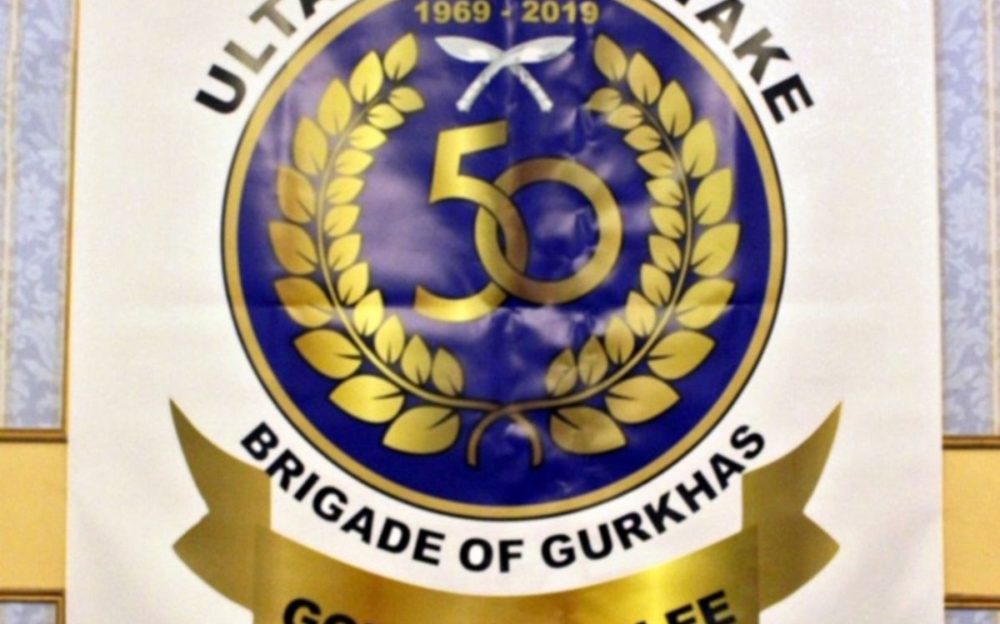 The 1969 intake for the British Army Brigade of Gurkhas, was nick named “Ulta Sulta” and it celebrated its 50th Anniversary with a Dinner Night on 26th October 2019 held at the Potters International Hotel in Aldershot.

The nick name “Ulta Sulta” was derived from the figures 69 because when it is turned around upside down it will still read as 69, hence the 1969 intake began to call themselves as the “Ulta Sulta” veterans in Gurkhali “burhos” and has become a sort of a battle cry for them. 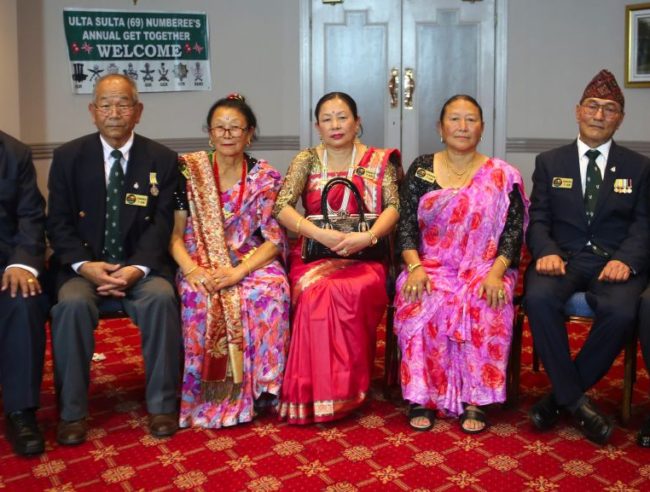 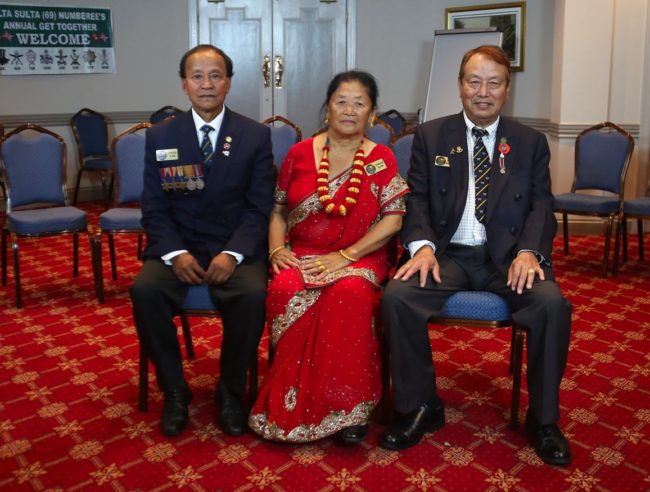 The task of getting together as many as possible for the 1969 intake to attend this special function in the United Kingdom was led by no other than Major (Retired) Udai Bahadur Gurung MBE Ex 6 Gurkha Rifles (GR). He was assisted by our Treasurer Prakash Rai Ex Queen’s Gurkha Engineers (QGE) and Govind Sharma Ex 10 GR. Even though we are scattered around; some living in Nepal, Hong Kong, Australia, Canada and United Kingdom, we had quite a few of the members living abroad coming over for the 50th Anniversary celebration. So, after much hard work the event was finally scheduled to be held on Saturday 31st August 2019 at the Officers Mess, Royal Military Academy, Sandhurst. But unfortunately, due to the sad and shocking news of the demise of Mrs Budhi Laxmi Gurung the beloved wife of our Coordinator on the early morning of the day before, we somehow managed to cancel the celebration to pay respect to the departed soul, until further notice.  Sadly, the members who were here from abroad for the function had to return before a new venue and date could be decided, anyway we thank them for their commitment and dedication to the “Ulta Sulta”. 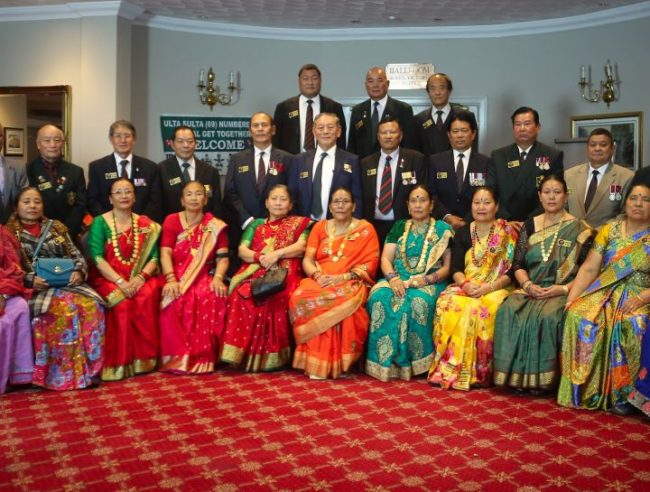 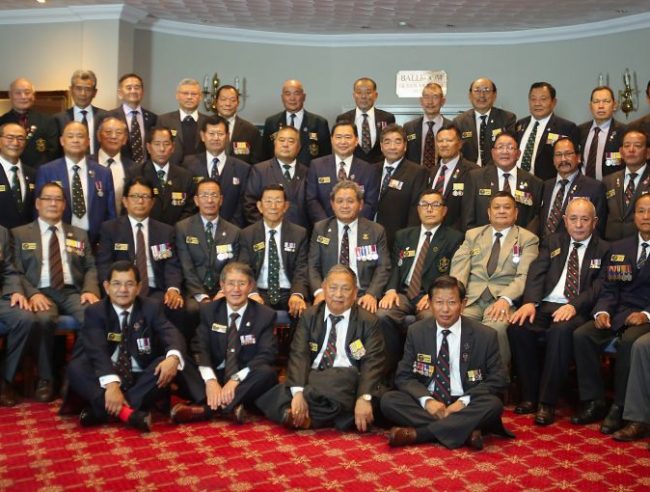 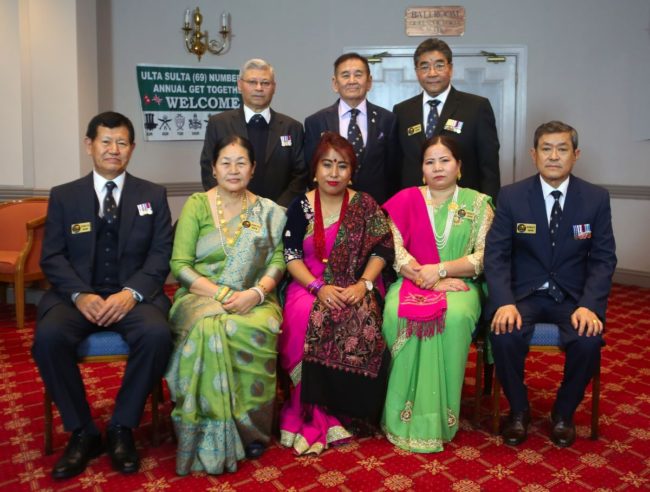 A new date was selected for 26th October 2019 with the event to be held at the Potters International Hotel, Aldershot, Hampshire.

On the day the members started to arrive at the venue from around 1430hrs onwards. The gentlemen were dressed in suits, regimental ties, glittering medals and the ladies were clad in their expensive colorful sarees and jewelry plus every member had worn their specially designed “Ulta Sulta” badges displaying the last five figure army number and the regiment they belonged to. The event started with our Annual General Meeting and Gamarsing Gurung Ex QGE then said a few kind words praising for the hard work of the organisers and they were were presented with a gift plus khada each by Naresh Gurung Ex 6 GR.

The dinner night began with the Colchester Pipes and Drums lined up on both sides to the entrance to welcome the members into the bar led by Mr Vice Naresh Gurung Ex 6 GR and his wife. The Coordinator led everyone into the Queen Victoria Suite for the dinner at 1900hrs. The Coordinator called ‘’Mr Vice Absent Friends’’, Mr Vice then lit  a candle and said “Good food, Good friends, Safe Landings, Om” and a minute silence was made in remembrance to those numberis and ladies who had left us for eternity. To make the event even merrier we had the Pipes and Drums playing their music in between the courses. 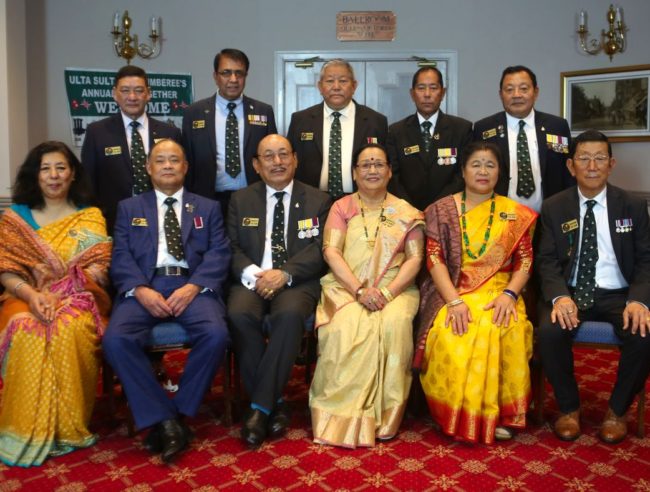 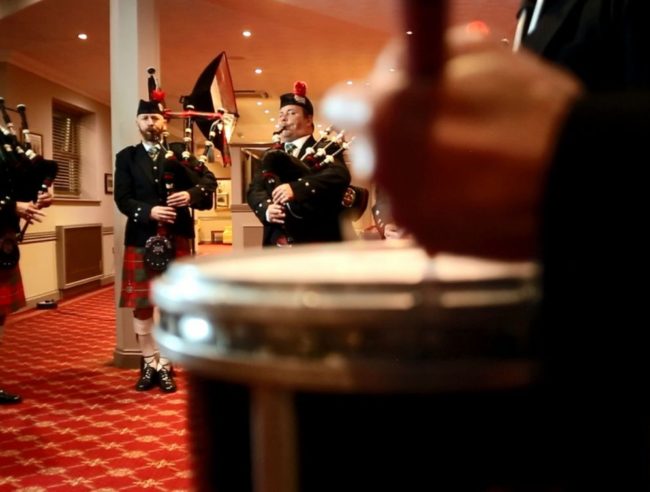 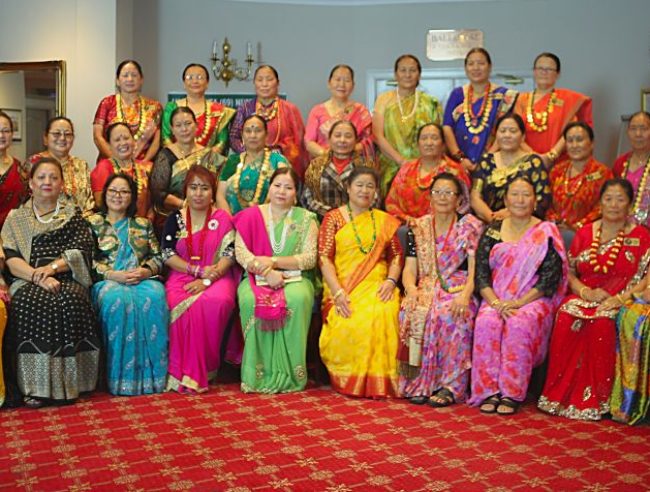 The evening was rounded off with a last speech by the Coordinator thanking all the for attending and this was followed by the 50th Anniversary Cake Cutting ceremony. The senior most gentlemen numberi and the wife of the most junior numberi was called to cut the cake cutting and the cake.

We extend our heartfelt thanks to the Coordinator for the wonderful Intake 1969, “Ulta Sulta” 50th Anniversary Celebration.  Jai “Ulta Sulta”.