8 members of the Squadron travelled from their base at RAF Benson to Camberley and were warmly welcomed to the HQ.

Colonel BG delivered a presentation covering the history and current Brigade of Gurkhas before Captain Lalitbahadur Gurung gave a synopsis of his own career from recruit training to officer.

The RAF personnel then paid a visit to the Gurkha Mandir in the Royal Military Academy Sandhurst and were welcomed by the Pundit,  Shivachandra Niraura from the Queen’s Own Gurkha Logistic Regiment who are based in Aldershot. They then received a short tour of the Academy before returning to HQBG for a curry lunch. 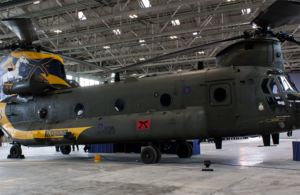 Later in the year HQBG staff will conduct a reciprocal visit to RAF Benson.