The citation describes a “complex attack” on the compound, involving two explosive-laden suicide vehicles and “an assault by four heavily armed insurgents”. The citation goes on: “It is beyond question that the actions of all the Gurkha guards greatly assisted in saving the lives of the British Council staff. They all remained at their posts, despite several of them being wounded. Their bravery and swift action bought critical time for others to find sanctuary.” 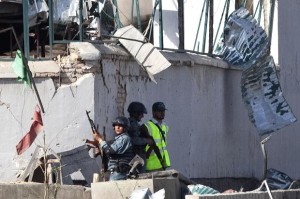 On 19 August 2011, the compound was guarded by eleven G4S operatives including four armed Gurkha guards, six unarmed Afghan National security staff and one British national security manager/bodyguard, according to the citation. Three of the Afghan security guards were killed by small arms fire, three others were wounded by blast and small arms fire but survived, and three of the four Gurkha guards were wounded.

Gurkha Janga Gurung “engaged the insurgents . . . firing all his ammunition during a furious fire fight”. During the attack he fired some 8,000 rounds of machine gun ammunition. “By his actions Janga Gurung helped suppress the insurgents and bought critical time that enabled staff to enter the safe house.”  Despite receiving a gunshot wound to the head, Shayam Limbu “stayed in the guardhouse area and protected the wounded Afghan National staff until he was rescued”. 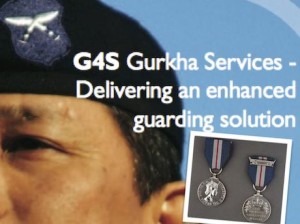