As part of The Queen’s Own Gurkha Logistic Regiment (QOGLR) growth,members of QOGLR have now formally arrived in 60 Close Support Squadron (CS Sqn), 4 Close Support Regiment,Royal Logistic Corps (RLC). This is an exciting opportunity for Gurkhas soldiers to work within the wider RLC and enjoy new roles and responsibilities and so the Regiment sent a formed troop of 41 soldiers (including communications specialists and chefs), led by Captain Vivek Shah,as a forefront of the QOGLR growth to 60 CS Squadron. 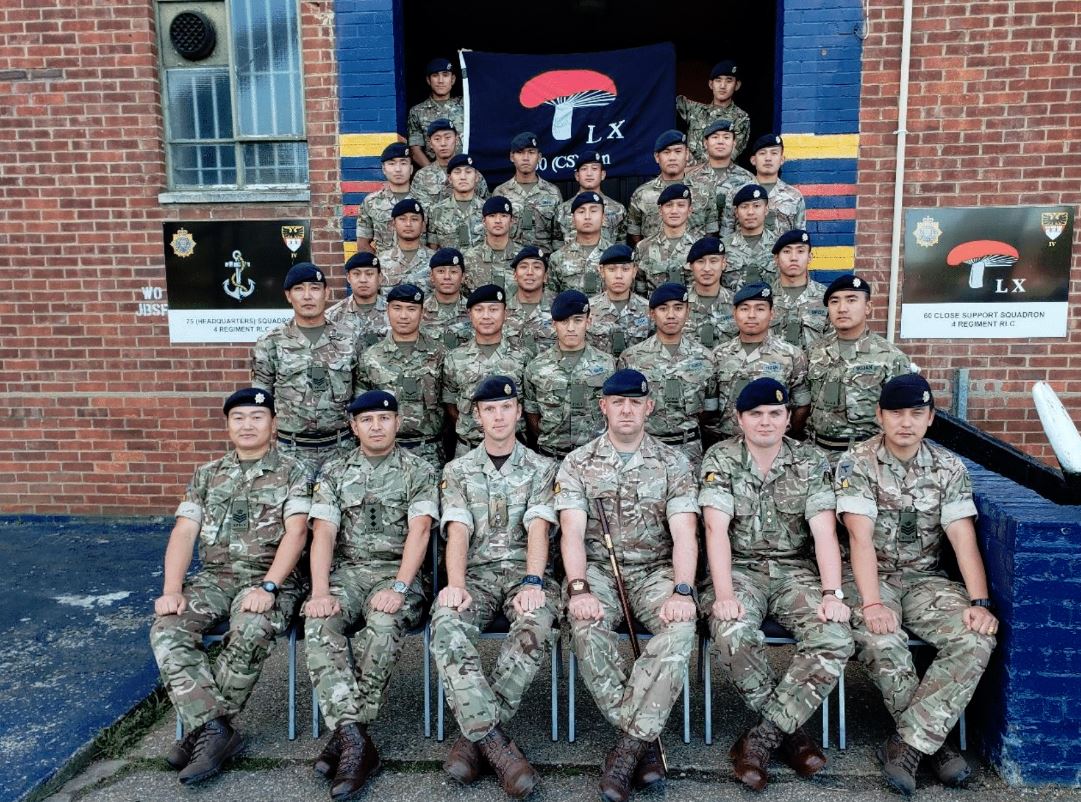 The arrival of next troop is expected to be at the start of 2019. At present we have taken over the C (Fuel and General Transport (F&GT)) Troop within 60 CS Sqn. The role of a CSLR Regiment is completely different to that of a Theatre Logistics Regiment; providing formation level logistic support within a theatre of operations.

4 CSLR are currently in high readiness and prepared for an instantaneous reaction to any situation around the world.60 CS Sqn will shortly deploy to La Courtine in France to conduct an Interoperability Exercise with 503 Regiment du Train.

This exercise is an annual Logistic Concentration with over 3000 personnel taking part which will formally validate exercising soldiers to the Combat Service Support Battle Craft Syllabus.

To follow the Gurkhas traditions and culture,we have also been allocated a space to build a Gurkha Temple, Messing Hutand British Forces Broadcasting Service radio station.

It is important to have these particular facilities because they have a significant role in the maintenance of the moral component of Gurkha Soldiers and their families. Finally, the arrival of C Troop within 60 CS Sqn has now opened the door for QOGLR to serve in the wider RLC and sustain the Corps capability as a team, to intensify the role and responsibilities of CSLR and develop individual proficiency in a very enjoyable environment.