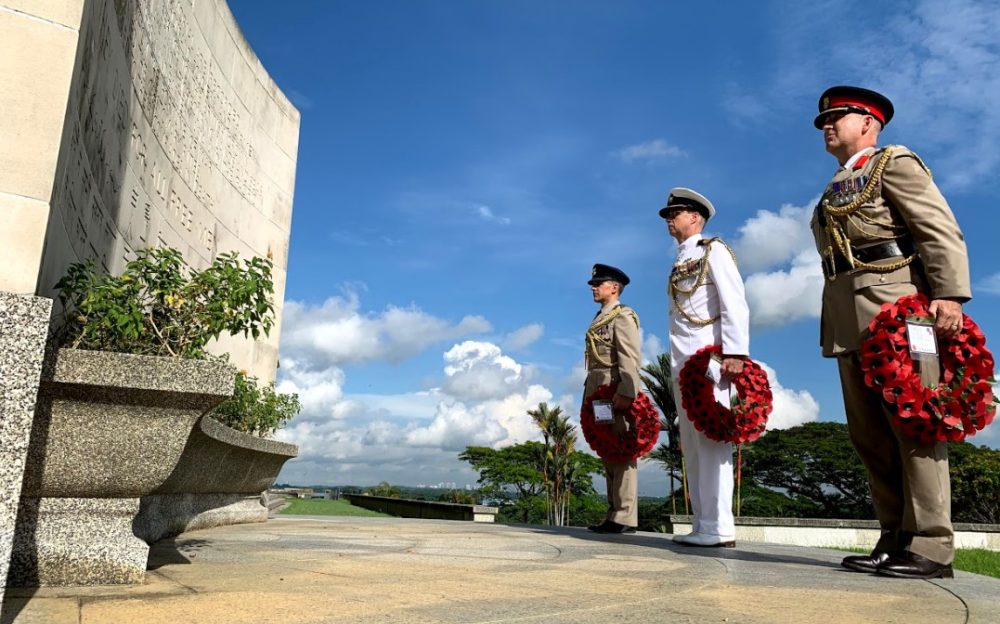 Paying respects with some of his staff at the Singapore Memorial where the names of many Gurkhas are inscribed.

The Singapore Memorial, with its huge star-topped central pylon, rises to a height of 24 metres. This memorial bears the names of more than 24,346 Allied soldiers and airmen killed in Southeast Asia who have no known grave.

The 15th August 2020 is the 75th anniversary of VJ Day, marking both the surrender of Japan and the end of the Second World War. Join us as we remember and recognise all those who served and sacrificed in the Far East and ultimately brought an end to the Second World War.