The North East Scotland Gurkha Association held their annual dinner at the Gurkha Chef Restaurant on 31st May 2019. This year the Chief Guest was Councillor Barney Crockett, the Lord Provost of Aberdeen, an office, I discovered, which dates back to 1272 and one of only four thus titled in Scotland. He has long been on friendly terms with the Association President, Honorary Lieutenant (Hon Lt) Menbahadur Gurung, and thoroughly enjoyed the evening of both happy chatter and the traditional formalities of a Regimental Dinner. 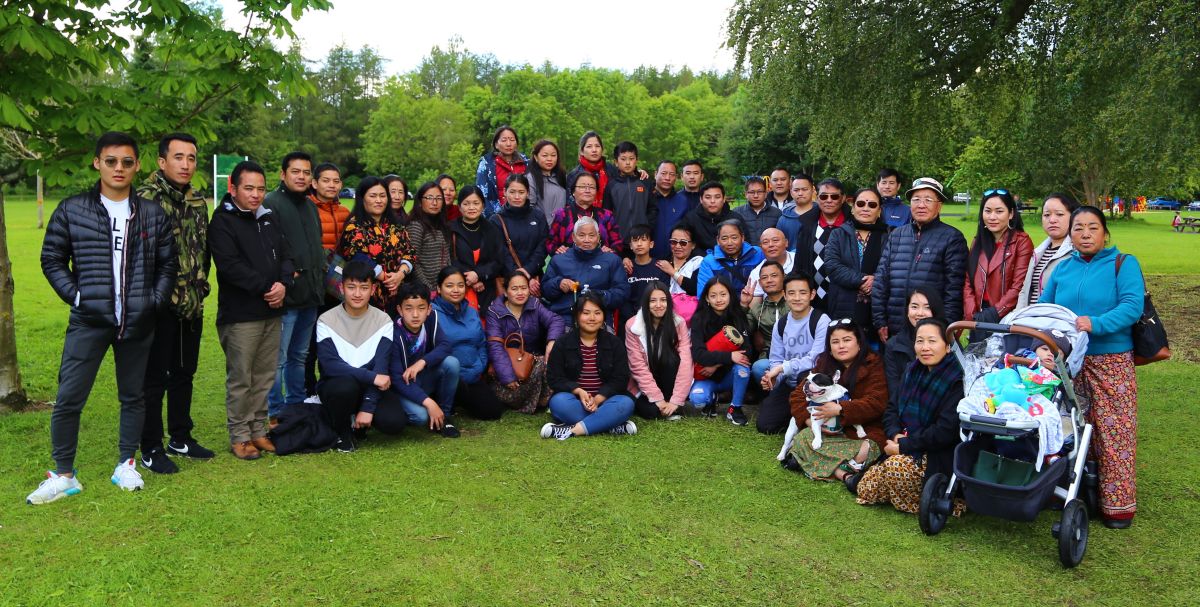 There was superb piping by Corry Sutherland of the Scots Guards Association who now wears for these occasions a large Royal Gurkha Rifles blazer badge on his Glengarry, which looks most impressive. We were entertained yet again to a lively dance display from Sujan and Supriya, the ever cheerful children of Honorary Lieutenant Menbahadur. I delved into history once more to tell the story of my friend Rambahadur Limbu Victoria Cross and other heroic events in which, sadly, I played no part. 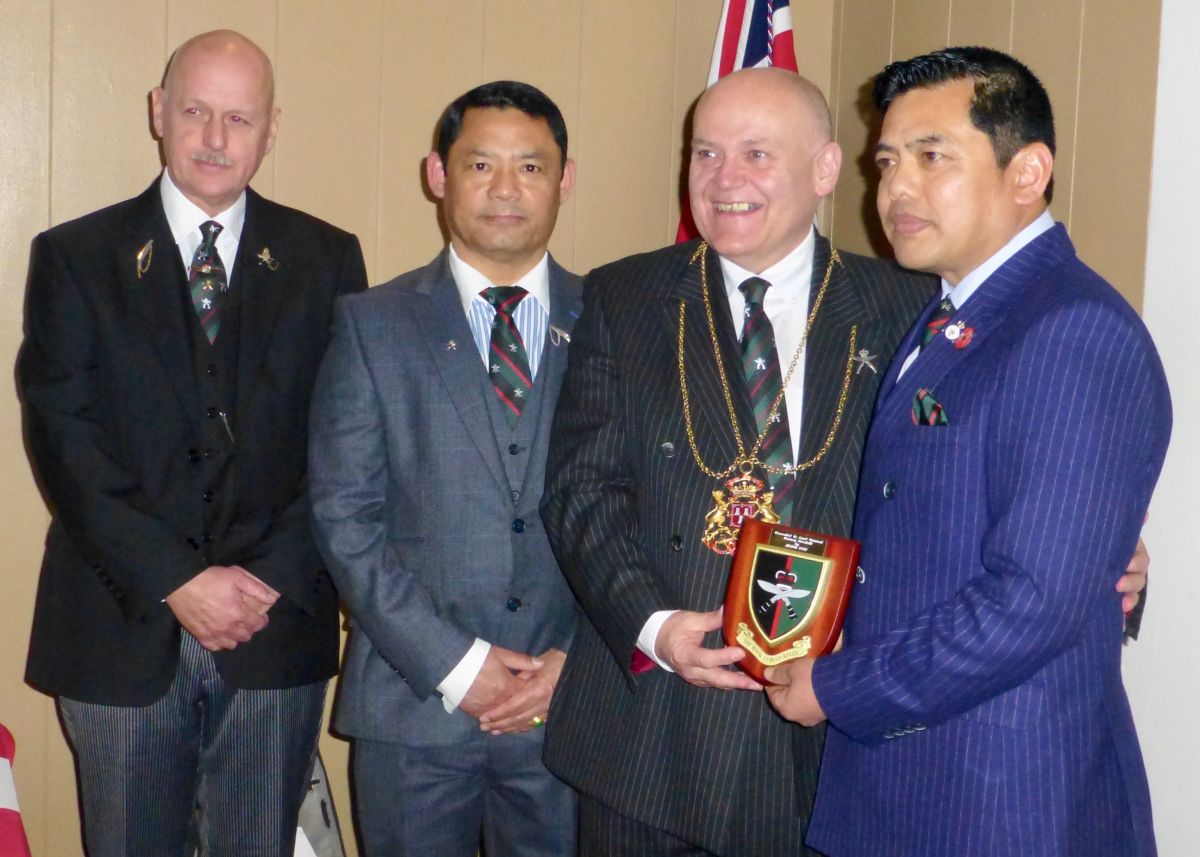 Important though it was both to the Association and the local community, the dinner was by no means the only event to be enjoyed this summer. In June there was a barbeque for all at Haughton House Community Park in Alford and there’s another get together planned for late August. The Association was on parade with their banner on Armed Forces’ Day and some members attended the Army Benevolent Fund Curry Lunch at the Town Hall. 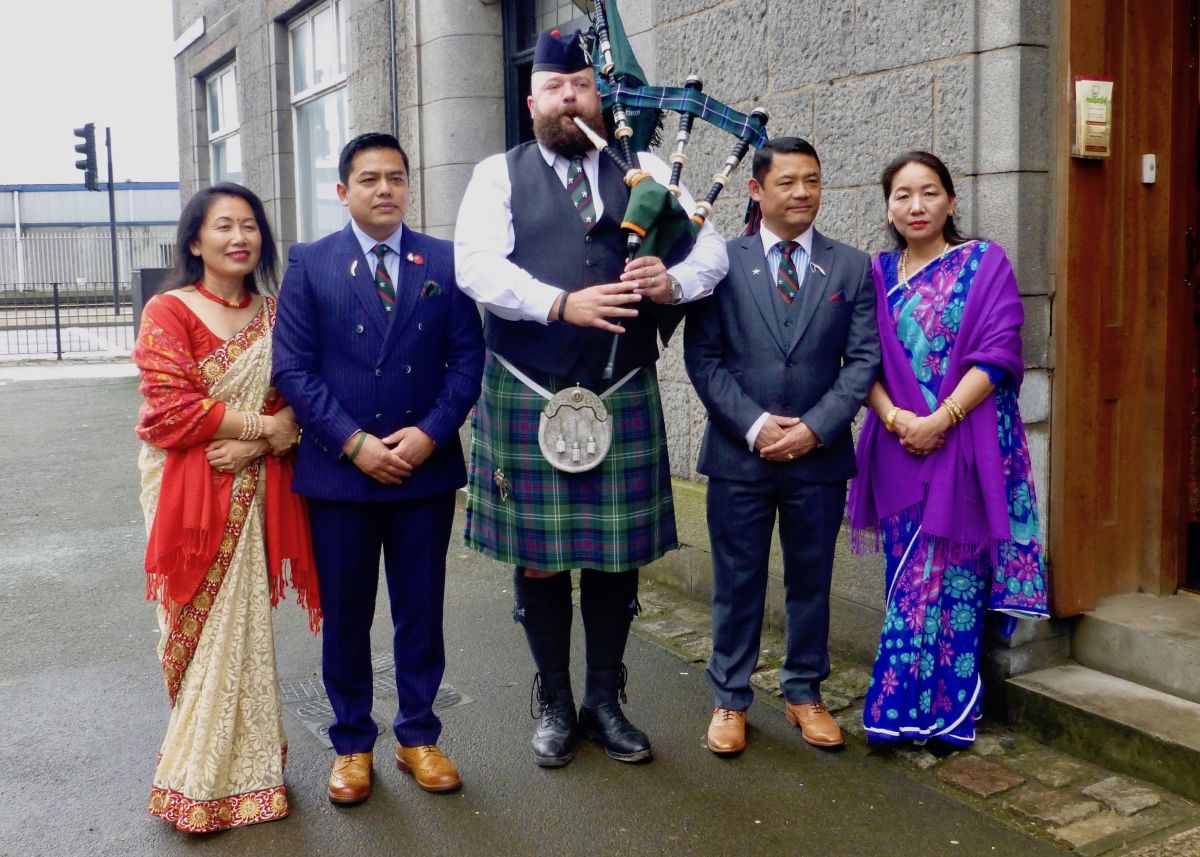 Graham Guyan, the Association Patron, was installed as a Burgess of the Guild of the City of Aberdeen, an order first mentioned in 1124 and granted a Royal Charter by King Alexander II in 1214. This was in recognition of his work in the community and Honorary Lieutenant Menbahadur was there to witness the ceremony. Further honours followed when these two gentlemen, along with the Lord Provost of Aberdeen, attended Her Majesty the Queen’s Royal Garden party at Holyroodhouse in Edinburgh. 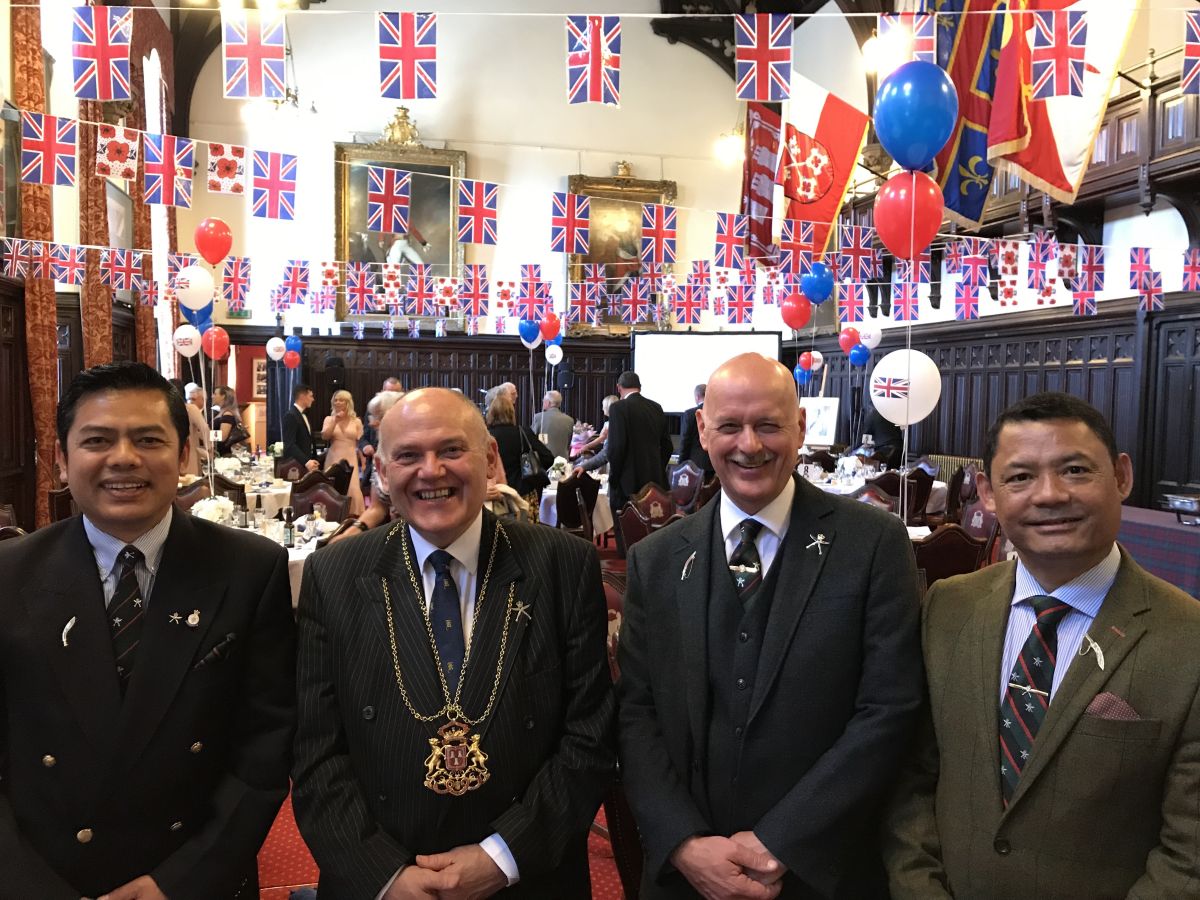 The Association goes from strength to strength and we look forward to more Gurkhas making their way north to settle in this wonderful part of the country.