Afghanistan with the Band of the Brigade of Gurkhas November 2018

While the main body of the Band of the Brigade of Gurkhas were preparing for various Defence Engagement events in New Delhi, India, 13 members of the Band, including our Hill Boys Band’, led by Assistant Director of Music, Captain Basudev Gurung, were on their way to Kabul, Afghanistan for support to Operation TORAL. 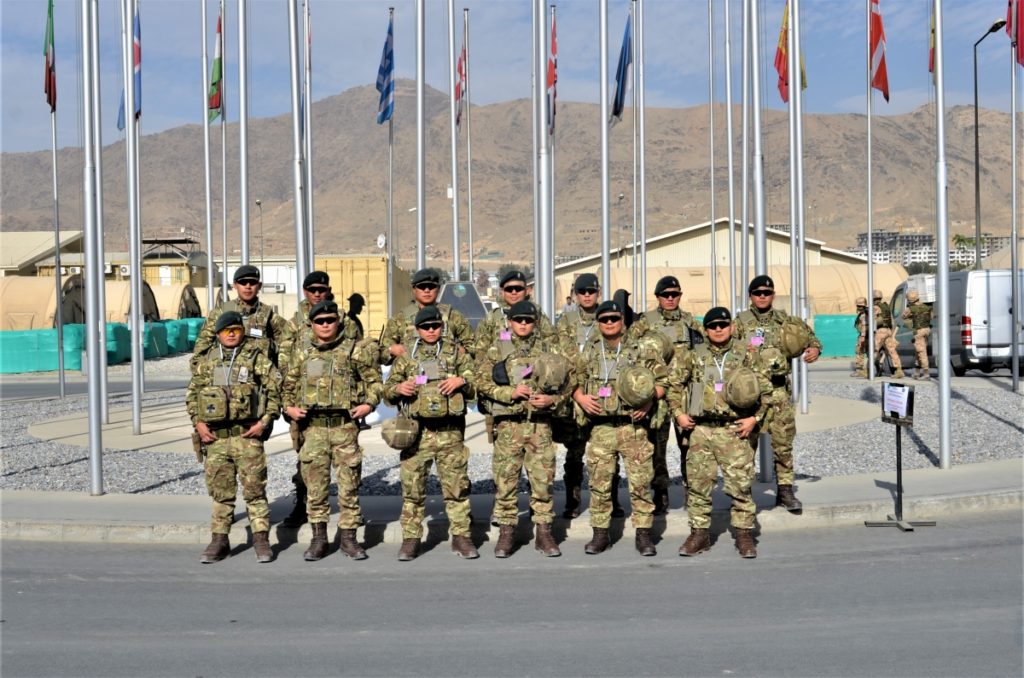 The aim of the tour was to provide musical entertainment to various NATO bases and also for the Remembrance parade on the11th November at Hamid Karzai International Airport.

After an early morning flight from Brize Norton, we landed at Minad Airport, Dubai where we transited for five hours, from there we flew to Hamid Karzai International Airport (HKIA), Kabul.

The 5th November we landed at HKIA and after sorting out our luggage, beds and tents, we had to be ready for a mandatory safety brief which included immediate action drills in case of any IDFs (Indirect Fire) or any kind of attacks.

HKIA is the largest NATO base in Kabul where soldiers from more than 45 countries are located including 1 Royal Gurkhas Rifles (RGR) who recently took over from The Welsh Guards. It is mandatory for all soldiers to carry a personal weapon (pistol and a rifle) whilst in theatre. We were issued with body armour plates and Glock 17 pistols with 30 rounds. Three members of 1 RGR conducted a pistol lesson for us and everyone passed the Weapon Handling Test.

In the evening we collected our instruments and rehearsed for a good few hours to prepare ourselves for the whole tour.

On the 6th November our first concert took place at the Tactical Aviation Detachment. Then on the 7th November we took a Chinock Helicopter to Qargha Camp, a NATO military installation maintained by the British and Australian Army. We were mesmerised by the spectacular view of Kabul city from the air. After landing we were escorted to the camp as we were dropped outside the perimeter fence. Our concert was to take took place after dinner in the cook house so we quickly set-up, did a sound check and relaxed until dinner. Then we started our performance giving our best to entertain the troops.

The next morning we loaded our equipment in a helicopter and flew to the Headquarters Resolute Support. The audience in this location came from many different Nations and they were unfamiliar with our music and instruments. Afterwards many wanted photographs with us.

Our next stop was the New Kabul Compound where members of 1 RGR were already stationed and were celebrating ’Tihar’ which is one of our biggest festivals.

On Remembrance day we returned to HKIA. We were dressed in our ceremonial uniforms, and alongside the troops of various nations were waiting for Lieutenant General Cripwell, Deputy Commander of NATO Resolute Support Mission. After all the VIPs had arrived, the parade began with the hymn Guide Me O thou Great Redeemer.

After a few hymns and speech by Padre A Thompson, the Last Post was played by Corporal Khushiman Gurung followed by two minute silence and reveille at the Eleventh hour. Lieutenant General Cripwell laid a wreath on behalf of all NATO Forces and followed by other respective senior members of staff from the different nations. 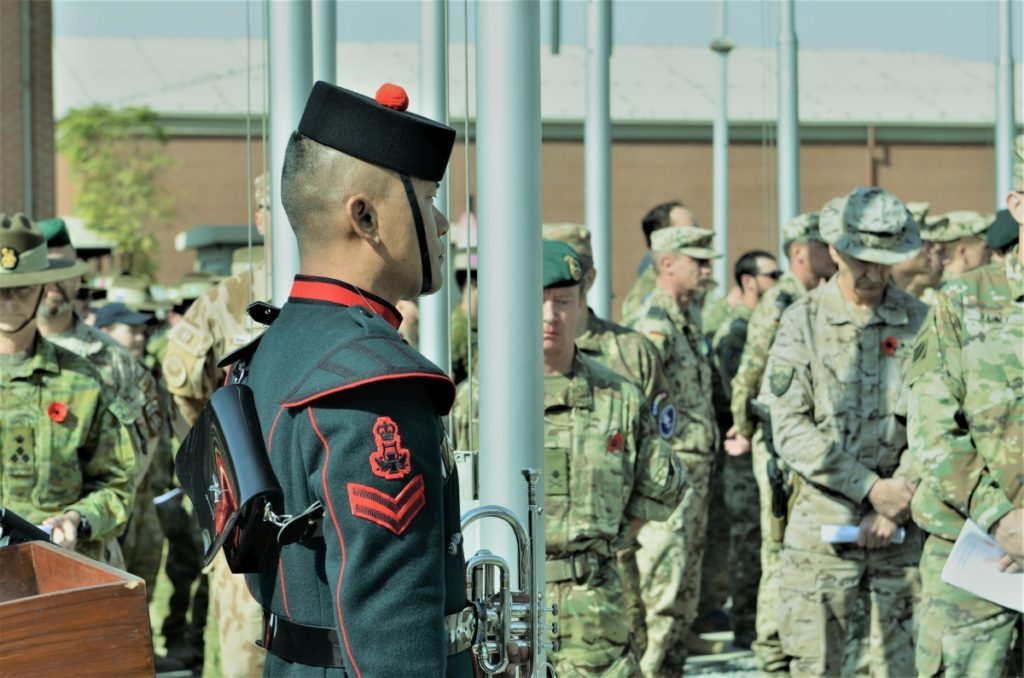 On the same day, the Hill Boys gave their final performance of the tour during the lunch hour in the cook house.

On 12th November 2018 we started our return to the UK via Akrotiri, Cyprus and finally on to Brize Norton. Although, we were there for a short period, it was definitely a good experienced and we achieved what we went for. 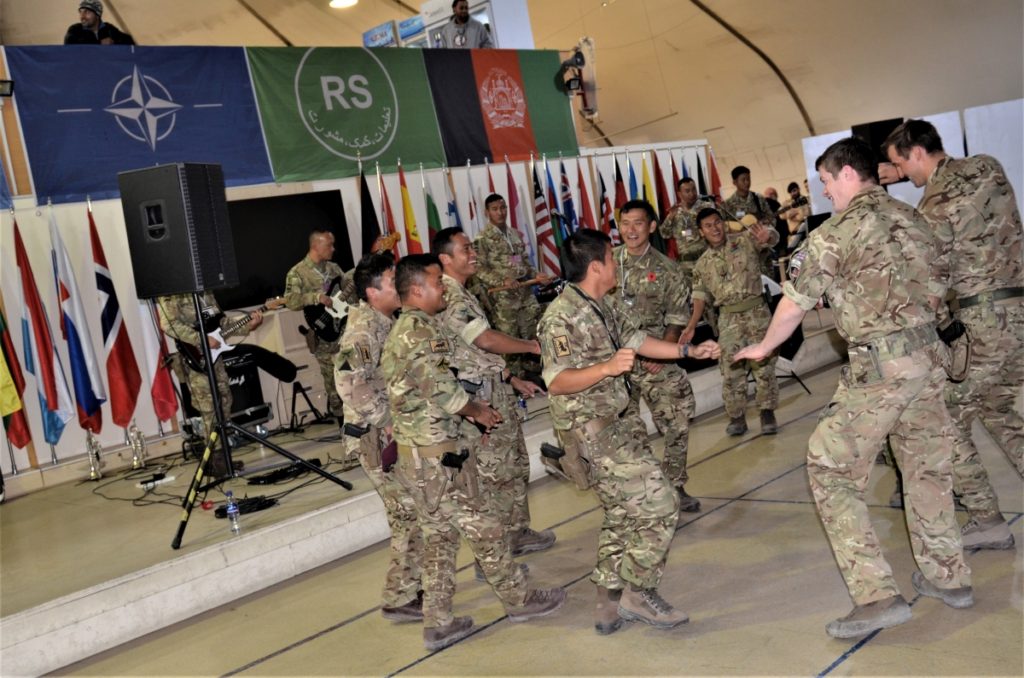