New Colonel of the Regiment – Queen’s Own Gurkha Logistic Regiment 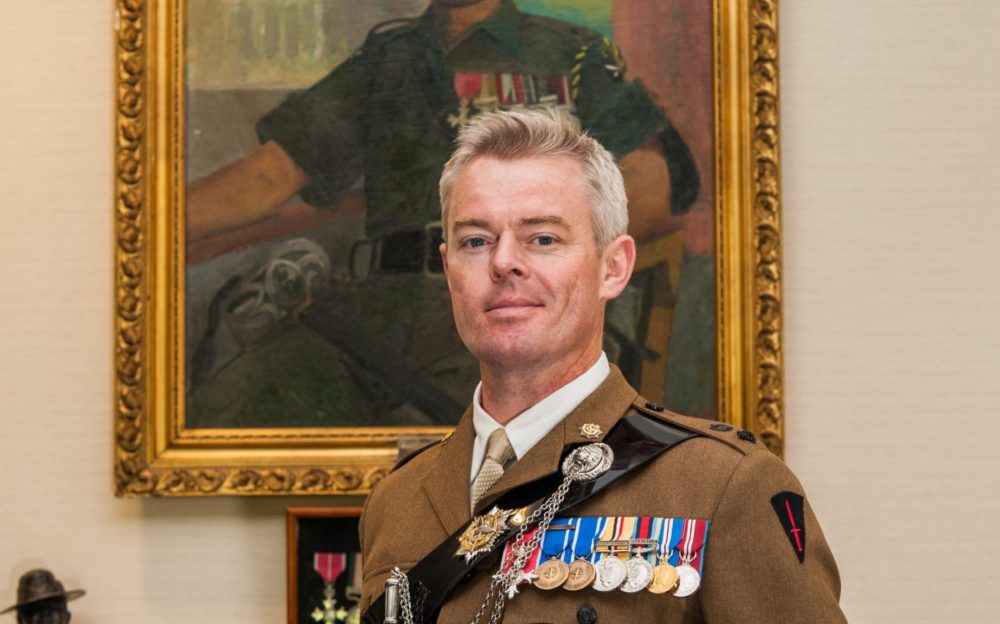 Her Majesty The Queen has approved the appointment of Brigadier P S Reehal MBE as Colonel The Queen’s Own Gurkha Logistic Regiment in succession to Major General A S J Fay CB. This appointment will take effect on 1 August 2020.

Brigadier Patch Reehal commissioned into the Royal Logistic Corps in August 1996. He spent his first five years of service initially with the Commando Logistic Regiment RM, before moving to a Combat Arms attachment as the Battle Group Intelligence Officer with The Queen’s Royal Lancers on Op PALATINE (Bosnia). A period with the Army Training Regiment, Pirbright, followed ahead of a move to 13 Air Assault Support Regiment RLC that included a deployment on Op BESSEMER (Macedonia).

In 2003, he returned to Commando Forces as the Logistic Support Squadron Second-in-Command prior to, and during, Op TELIC (Iraq) before, in 2004, being appointed as Operations Officer, 10 The Queen’s Own Gurkha Logistic Regiment. He promoted to Major in 2005, learnt Arabic and deployed on Op TELIC 7/8 as the SO2 J3 Operations Support in the Headquarters Multi-National Division (South East).

His initial SO2 appointment was in the Permanent Joint Headquarters (PJHQ), Northwood, as the SO2 Contractor Support to Operations in J1/4. He returned to 10 The Queen’s Own Gurkha Logistic Regiment in 2009 as Officer Commanding 28 Transport Squadron which included a six-month tour as a Combat Logistic Patrol (CLP) commander on Op HERRICK 11 (Afghanistan) for which he was awarded an MBE. His subsequent SO2 appointment was in the Capability Directorate Combat Service Support (CD CSS) as the A/SO1 for A2020 (RLC).

He promoted to Lieutenant Colonel in 2013, attended Advanced Command and Staff Course (ACSC) 17 and returned to PJHQ as the SO1 J4 Op HERRICK (Redeployment and Transition) until that operation’s conclusion in December 2014 and later established the Africa-facing team as SO1 J4 Africa (Op/ Plans). He returned for a third tour of 10 The Queen’s Own Gurkha Logistic Regiment as Commander from October 2015 to October 2017 departing on promotion to Colonel serving two years serving as the Deputy Chief of Staff 3rd (United Kingdom) Division. He was promoted in October 2019 to Brigadier and he is currently the Head of Personnel Strategy for the British Army.

Brigadier Reehal is married to Jen who is a nurse and they have two sons Patch (17) and Charlie (16). He splits his spare time between membership of the QOGLR Koshi Fly Fishing Club, a family charity in Nepal and a passion for historical battlefields. He will assume the appointment of Colonel The Queen’s Own Gurkha Logistic Regiment in August 2020.