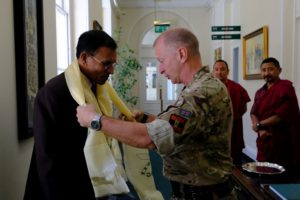 He was welcomed on arrival at Robertson House by Colonel Brigade of Gurkhas, Colonel JG Robinson. 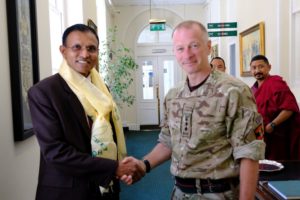 Following lunch at the Officers’ Mess, he was given a comprehensive brief on the serving Brigade by Deputy Chief of Staff, Major SK Rai.

Both Dr Kariyakarawana and Major Rai held a meeting thereafter and discussed subjects including the way forward on the Brigade’s representation in events organised by the Armed Forces Buddhist network.