After a very successful tour of duty in Kabul as part of the 1 Royal Gurkha Rifles (RGR) Battle Group stationed in the New Kabul Compound, the Company spent a week in camp ‘normalising’ with routine vaccinations and a ‘Welcome Home’ party.
buy amoxicillin online buywithoutprescriptionrxonline.com/dir/amoxicillin.html no prescription

The week was a bitter sweet experience with everyone enjoying an excellent party organised by Captain Im (6 Platoon Commander) and his team, followed the next day with a farewell/ close-down for leave parade in which the command team walked the ranks bidding farewell to many members who now move on to new adventures.

Once fallen out, the men of B Company (Sari Bair) enjoyed a well-earned post operational leave period with many using the opportunity to return to Nepal to see loved ones prior to taking on the new role as part of 16 Brigade’s commitment to the Air Manoeuvre Battle Group (AMBG). 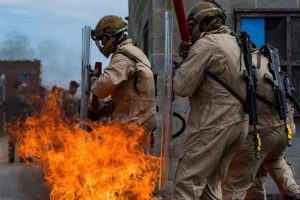 Arrival back to work on 17th June 2019 was met by a rousing and inspiring speech by Commanding Officer Saheb on the new role the Battalion will be taking on and was subsequently followed by two days of conceptual briefings as well as an overnight visit to Brize Norton to gain a better understanding and build relationships with our key interlocutors within the Royal Air Force.

The Company also had the opportunity to send 20 of its newest riflemen to bolster A Company’s exercise contribution as part of Exercise SWIFT RESPONSE; this was of tremendous value for these new soldiers in learning to understand their new role.

When not learning about helicopters and the maximum load capacity of the new A400 airplane, the Company has been put through its paces at Lydd with Public Order training, a skillset that has not been practiced for some time and will be a potential requirement for any future deployment.
buy elavil online buywithoutprescriptionrxonline.com/dir/elavil.html no prescription

Although the idea of standing in a line and being pelted by petrol bombs and bricks sounds relatively simple, we are learning that there is somewhat more to it than that. 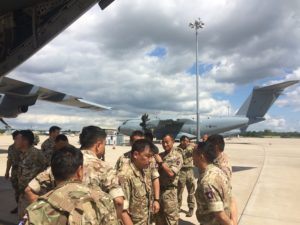 Currently, B Company now holds readiness for Operation CARIBBEAN, which would see us deploy to the Caribbean if required to support in any disaster relief mission and soon will soon take on readiness for tasks within the Balkans and potentially further afield.

The Company is in good form with a demanding, busy and exciting schedule for the remainder of 2019.