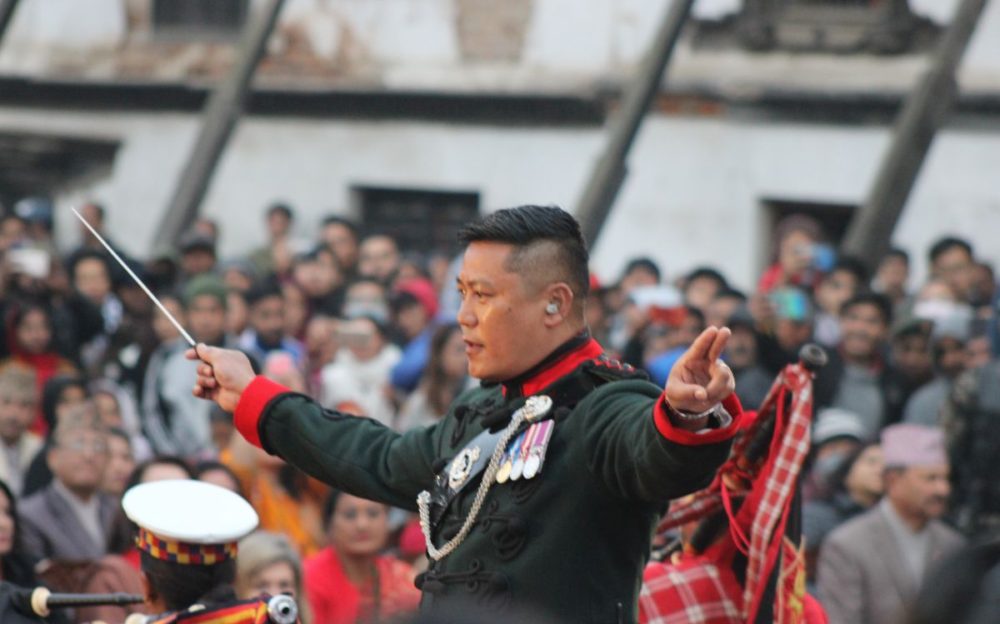 Our band in concert, Kathmandu

On Friday 21st February 2020 the Band of the Brigade of Gurkhas performed a combined concert at the Durbar Square Kathmandu with several thousand in the audience. 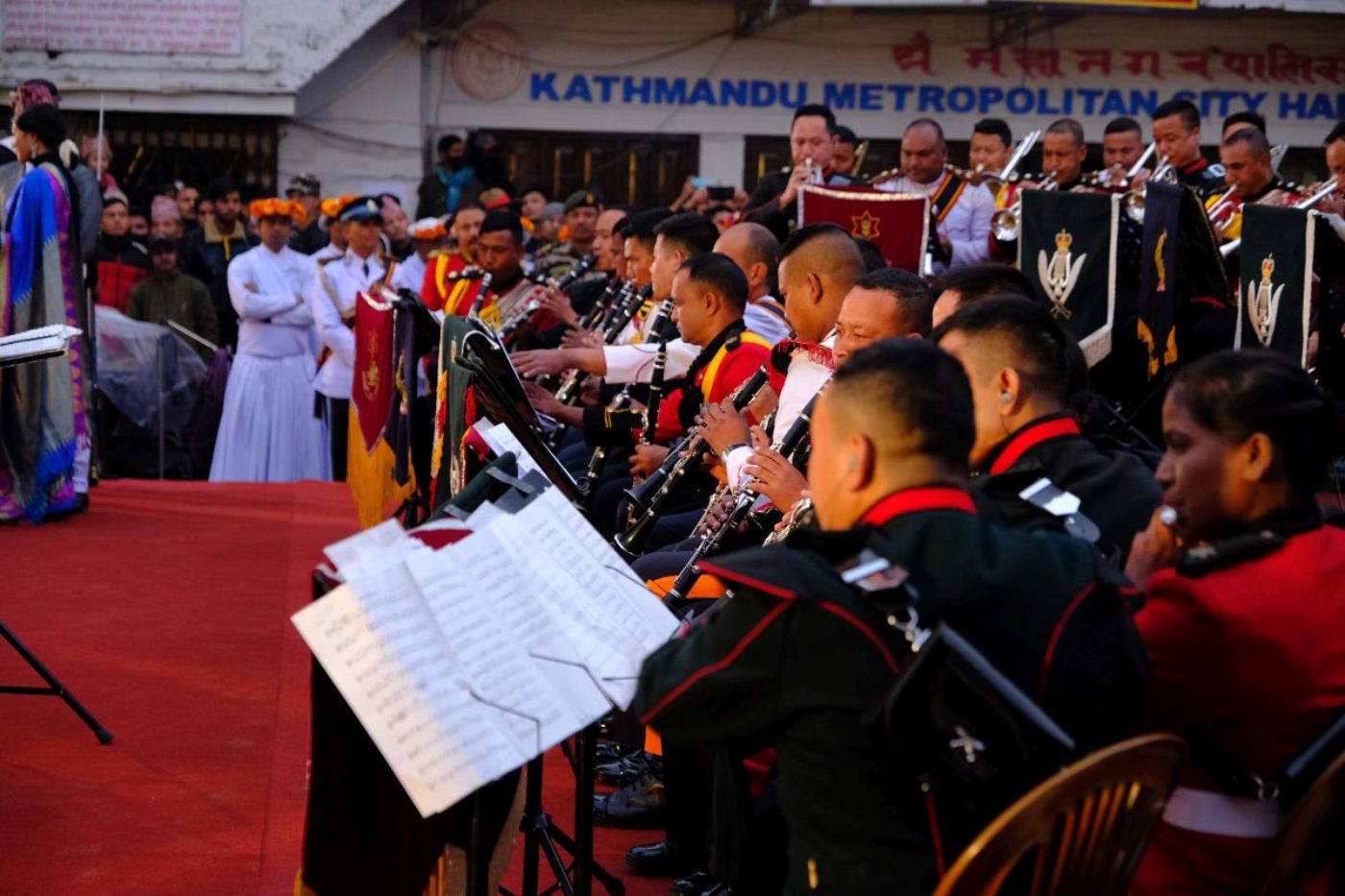 The concert was performed alongside musicians from the Nepalese Army Band and Nepalese Police Band in the world famous Durbar Square, Kathmandu.

Principal guests included The Chief of General Staff, British Army, Chief of the General Staff Nepalese Army, The UK Ambassador to Nepal and the Major of Kathmandu.

The band have performed at a variety of key events over the last few weeks around Nepal and have delviered valuable musical training to both the Nepalese Army and Police Bands. 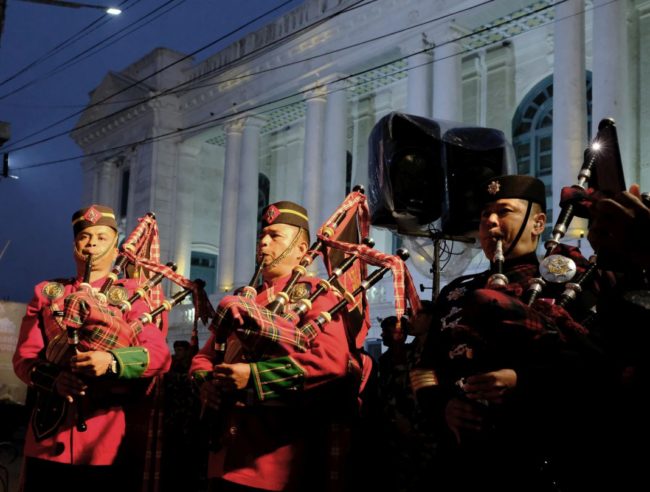 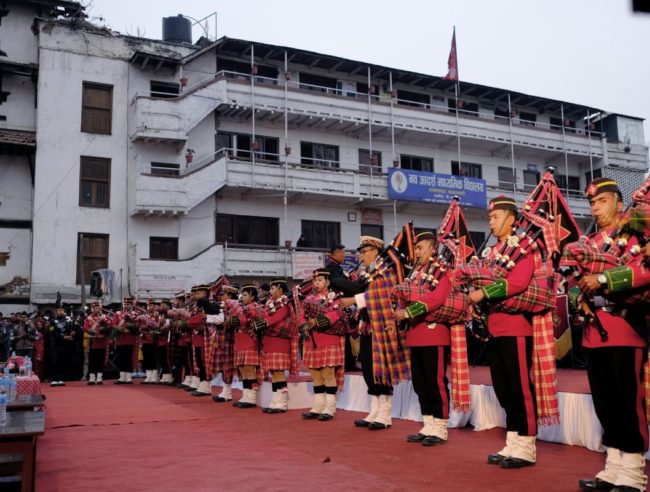 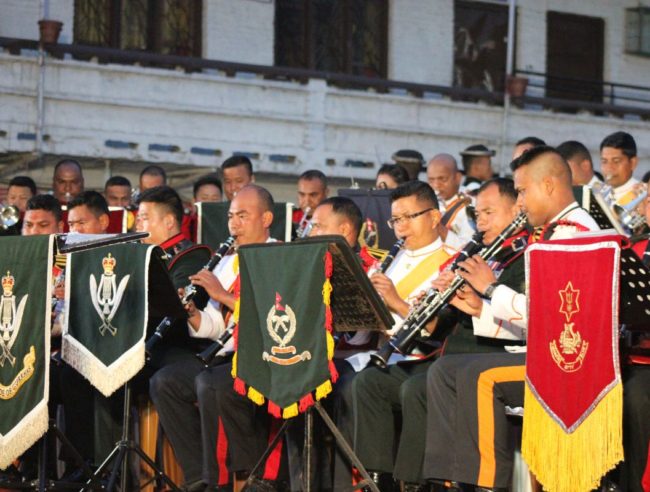 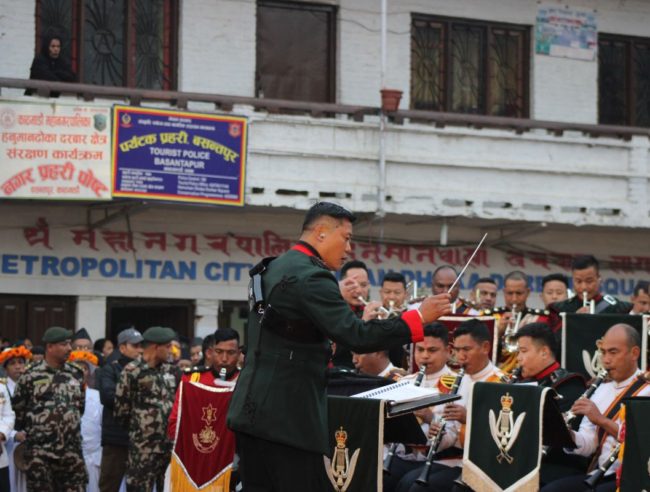