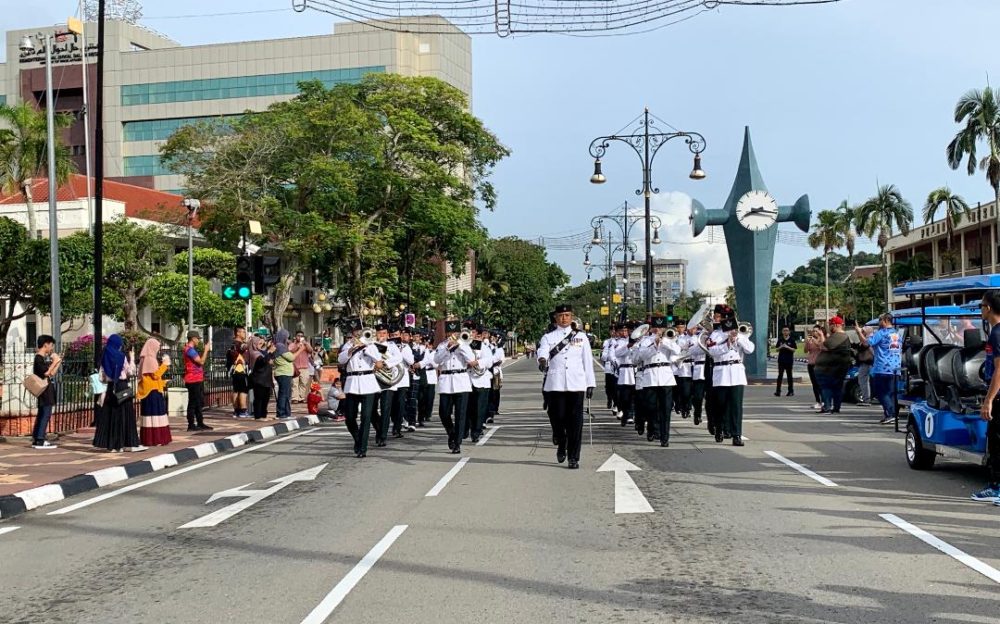 In November 2019, The Band of the Brigade of Gurkhas travelled to Brunei with the main aim to support 2 Royal Gurkha Rifles (RGR) and their 25th Birthday celebrations of the Regiment.

After a long flight of 14 hours we arrived to hot and humid conditions as expected, there are only two seasons in Brunei, summer and the rainy season. We moved to Tuker Lines in Seria, which is the main British camp in Brunei. The first group was lucky as they got a few days to adapt to the climatic conditions whilst waiting for the other two groups to arrive. Our Assistant Director of Music (ADOM), Captain Basudev Gurung, conducted few musical rehearsals which was mandatory before the main rehearsal with the troops. After fixing the details of drill and music we headed to ‘Chautari’ for refreshments.

On 28th November 2019, the main event of the 25th Birthday celebrations of the Regiment (RGR) commenced. The parade started with the Reinforcement Party taking their oath. 74 new members from Intake 19 marched on the parade square with pride and dignity for the Kasam Khane Parade. It was a privilege for them to get inspected by General Officer Commanding (GOC) Regional Command, Major General Duncan Capps CBE, accompanied by the newly appointed Colonel Brigade of Gurkhas, Colonel Jody Davies MBE. After the Kasam Khane Parade the band, accompanied by the Pipes and Drums of 2 RGR, delivered a 15 minute spectacular marching and music display which thrilled the crowd. After this, 2 RGR formed up for presentation of; Long Service and Good Conduct medals (LSGC), RGR25 coins and various Awards and Certificates which were all presented by the GOC. The regimental march of Brigade of Gurkhas marked the end of the event. However, the band was not done yet. The dinner entertainment was to take place in the Officer Mess. The sting was yet to come as Mother Nature started crying with joy as we played our music. The rain was so heavy that we had to squeeze in the tent with the respective guests. 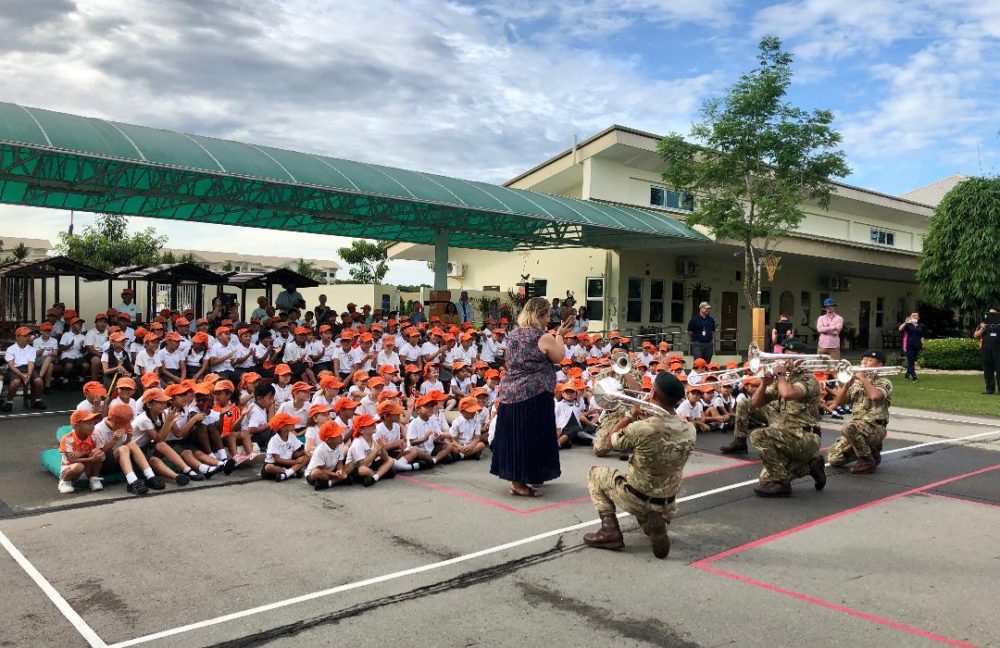 The next day we visited Hornbill School to entertain the children who were extremely excited to see us. We introduced them our instruments and gave them an opportunity to march around with us. We concluded Radetzky March conducted by the Principal of Hornbill School. On behalf of Hornbill school, we were given a gold badge as a kind gesture. On 1st December, we went to BSB (Bandar Seri Begawan), the capital of Brunei. A tourism festival was going on and our band performed in the middle of the street surrounded by the immense crowd. The crowd was roaring as we played our music and we entertained them for an hour.

We had a few days off before the flight and we got the chance to explore Brunei for shopping and to let off steam. We then headed back to the United Kingdom (UK). Although our tour was only for two weeks, we managed to complete our given task and take a short summer holiday before getting back in the business.