Beach cleaning in Brunei with 2 RGR 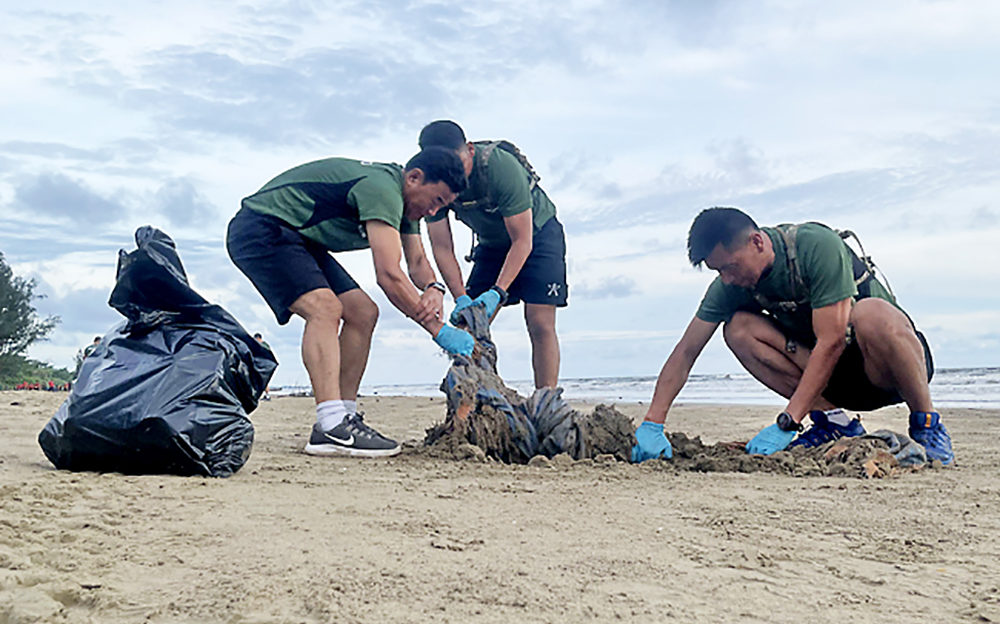 Helping to clean the beaches in Brunei

Over 200 participants from The Second Battalion, The Royal Gurkha Rifles, plus Brunei Garrison Support Troops and some of the service personnel’s spouses gathered to spruce up a stretch of beach adjacent to the Garrison Officers Mess in Brunei.

With the beach adopted by the British Forces Brunei (BFB) via the ‘Adopt-A-Beach’ programme, BFB Commander Lieutenant Colonel Andrew Todd MBE led the clean-up in honour of ‘World Ocean Day’.

The event was also run as a special commander’s physical training (PT) session. Participants were divided into two groups to run 500 metres on either side of the GOM to work their way back while picking up rubbish.

Plastic pollution and the bioaccumulation of plastics in aquatic ecosystems pose a threat to both wildlife and humans, with unknown health consequences in humans.

The event hoped to inspire the local community to reduce, re-use and recycle.