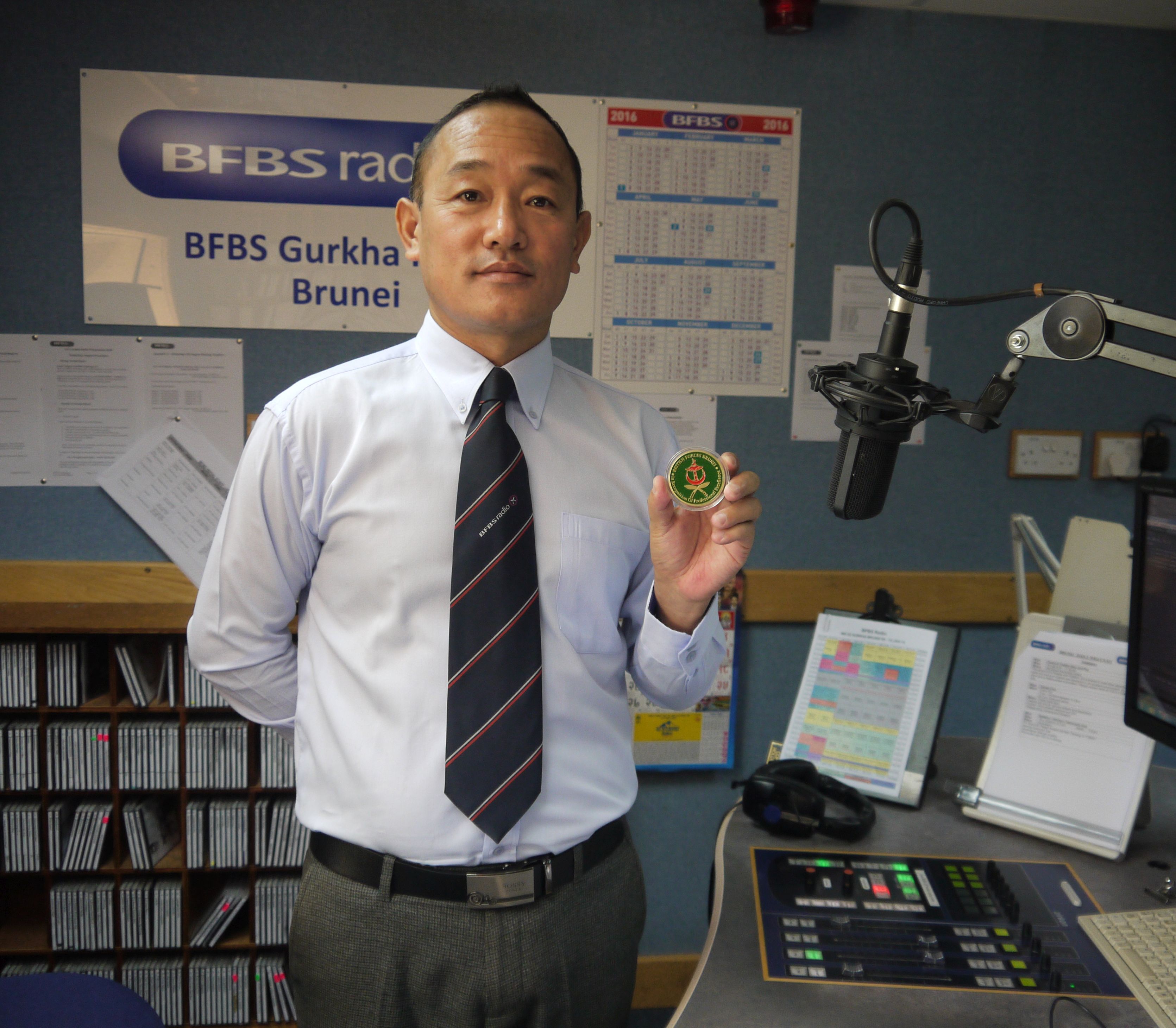 Principal Programmer for BFBS Gurkha Radio in Brunei, Yog Raj Rai, has received a Commander’s Coin for his ‘dedication’ and ‘unrelenting drive’.

“He is devoted to both his job and the Army – there isn’t a better ambassador for BFBS or a greater supporter of the audience he serves.”

Yog joined BFBS in 2005, while he was still serving with the Queen’s Gurkha Engineers, and after retiring from his 22-year military career he has worked full time for BFBS.

Yog Raj Rai said: “I am extremely pleased to receive this award which is a huge honour for me.”

His citation highlights examples of the selflessness he has demonstrated in his current role: ‘ …just after the first earthquake in Nepal, he worked tirelessly making sure BFBS were providing continuous live programmes, connecting people with home and supplying essential up-to-date information for our audience…a week later Yog was flying to Nepal so he could tell the stories from the ground.”

Lt Colonel Jody Davies, the Commanding Officer for British Forces Brunei, presented Yog with his Commander’s Coin, which is inscribed with the words ‘In Recognition of Professional Excellence’.

“Yog’s commitment means he will never say no. Whether it’s an interview, a story, or a fact-finding mission, Yog will be there,” added Lisa. “His eagerness and determination to tell the story means he is always willing to go the extra mile.”