The Brigade Bhela took place on Saturday 7th July on the sports fields at Queen’s Avenue, Aldershot Garrison. We were pleased to welcome many serving Gurkhas, veterans, family and friends who gathered on a very hot day to enjoy the football and entertainment.

The first event of the day was the of the Kathmandu Football Cup, a tournament for our Gurkha veterans. The final was won by the Queen’s Gurkha Signals. All teams showed dedication and physical effort which in the extreme heat of the day was very impressive. We welcome these veteran teams and hope to encourage more teams for next year.

The main sporting event of the day was the Nepal Cup final. Over the last 10 days there have been numerous matches taking place based on an elimination process played on a pitch near Robertson House inside the grounds of the Royal Military Academy Sandhurst.

We have certainly seen some great matches this year, with the Band making their first appearance in the competition. The competition has been really tough with some excellent exciting matches taking place which we managed to broadcast live on Facebook to those who could not make it to see the matches.

Our thanks go to the officials throughout the week who without we would not have been able to play the matches. 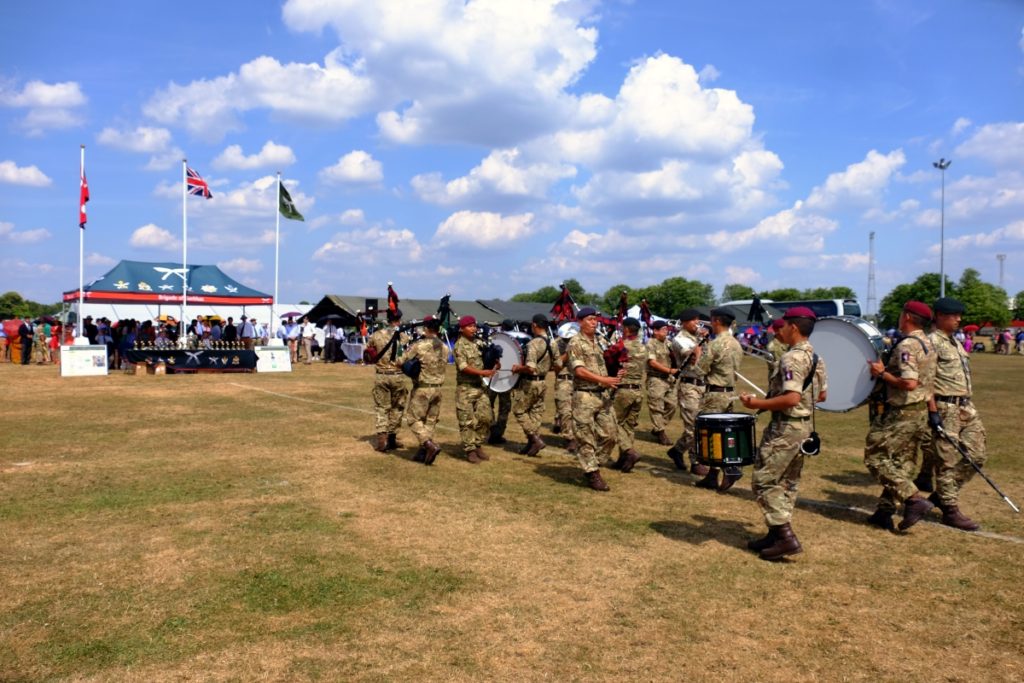 The Band also performed their Kukuri dance routine which is always a favourite for the audience.

Over 100 Gurkha Intake 18 trainees travelled down from the Catterick Infantry Training Centre. The trainees under direction of their training staff put on a display with their Kukuri knifes and taekwondo. We wish the trainees well as they still face another four months of training.

More images from the day can be found on this link.

A great day and we look forward to 2019 which will be bigger and better once again. So please do invite your friends and family to come along next year. We will announce the date on this website.