The Brigade of Gurkhas, veterans, families and friends gathered for the annual Brigade Bhela at Queen’s Avenue in Aldershot on 13th July 2019. 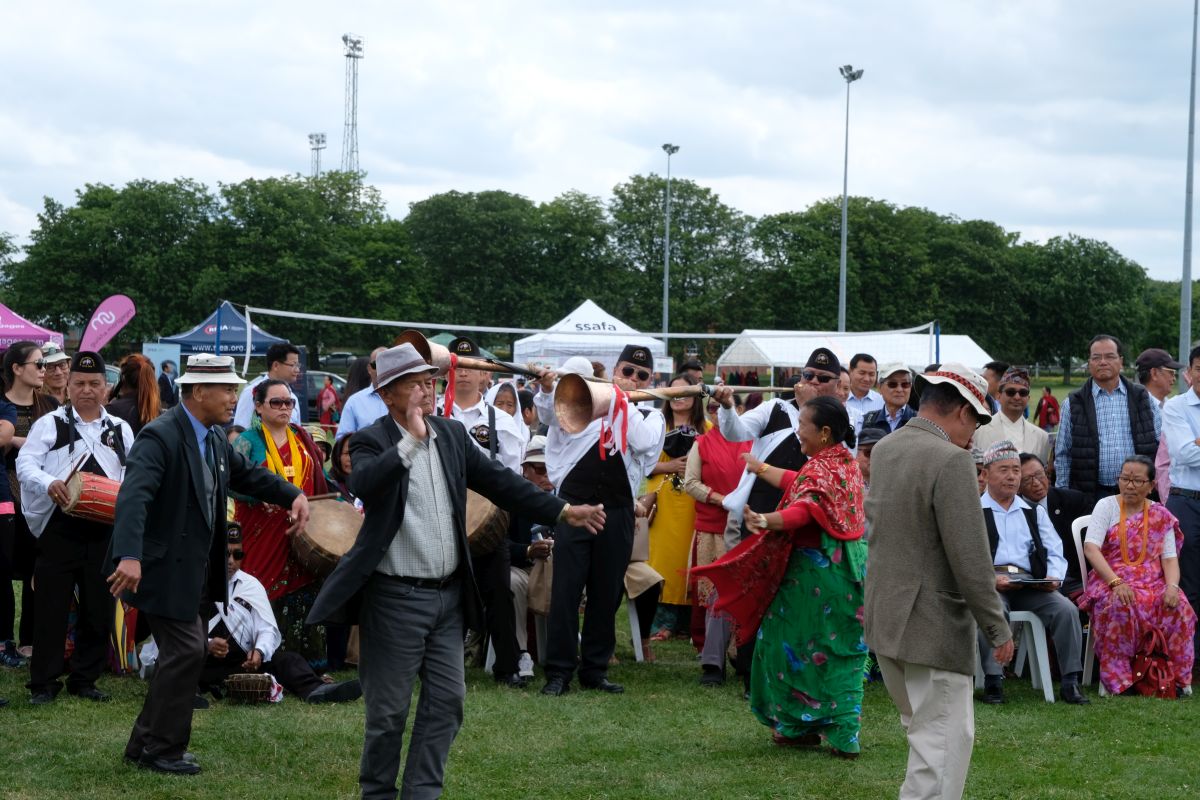 The Nepal Cup was won by the Queen’s Gurkha Signals 1-0 over 1 Royal Gurkha Rifles over a tough game. The entire tournament demonstrated some great football skills and the Brigade were able to stream every match to the internet. 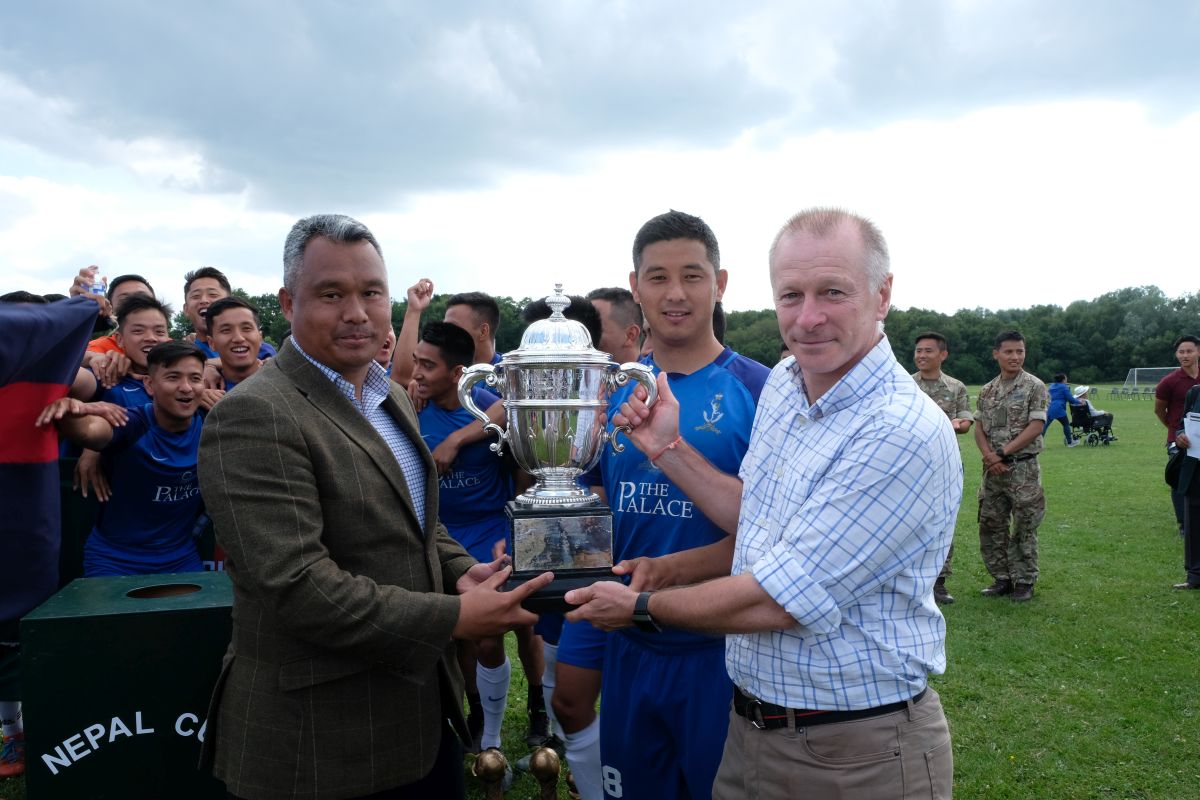 The Ladies Volleyball was won by a team from 1 Royal Gurkha Rifles, who overpowered the other teams on the day. Some excellent individual play and some equally as good teamwork saw this team deliver some impressive wins. 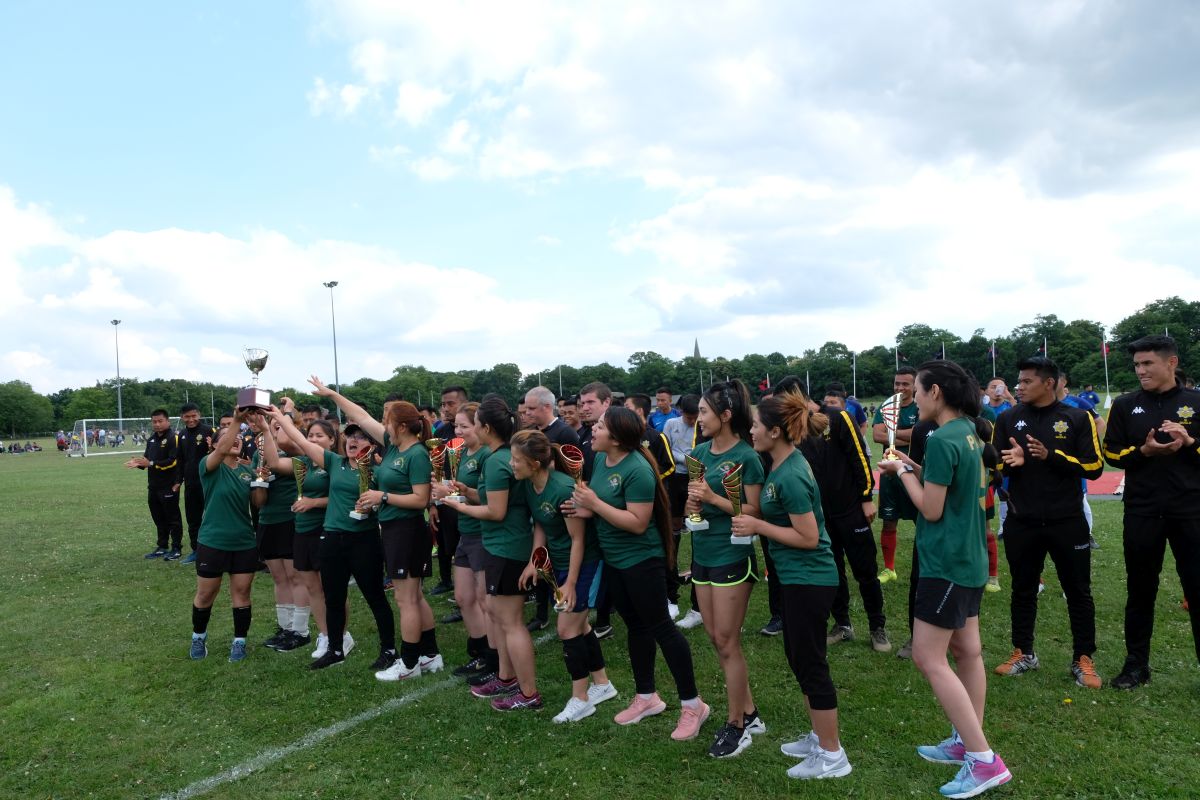 The Tug of War competition was a close call with each team delivering maximum effort during each pull. The crowds gathered in close and the noise of encouragement was deafening. The competition was eventually won by the Queen’s Gurkha Signals. 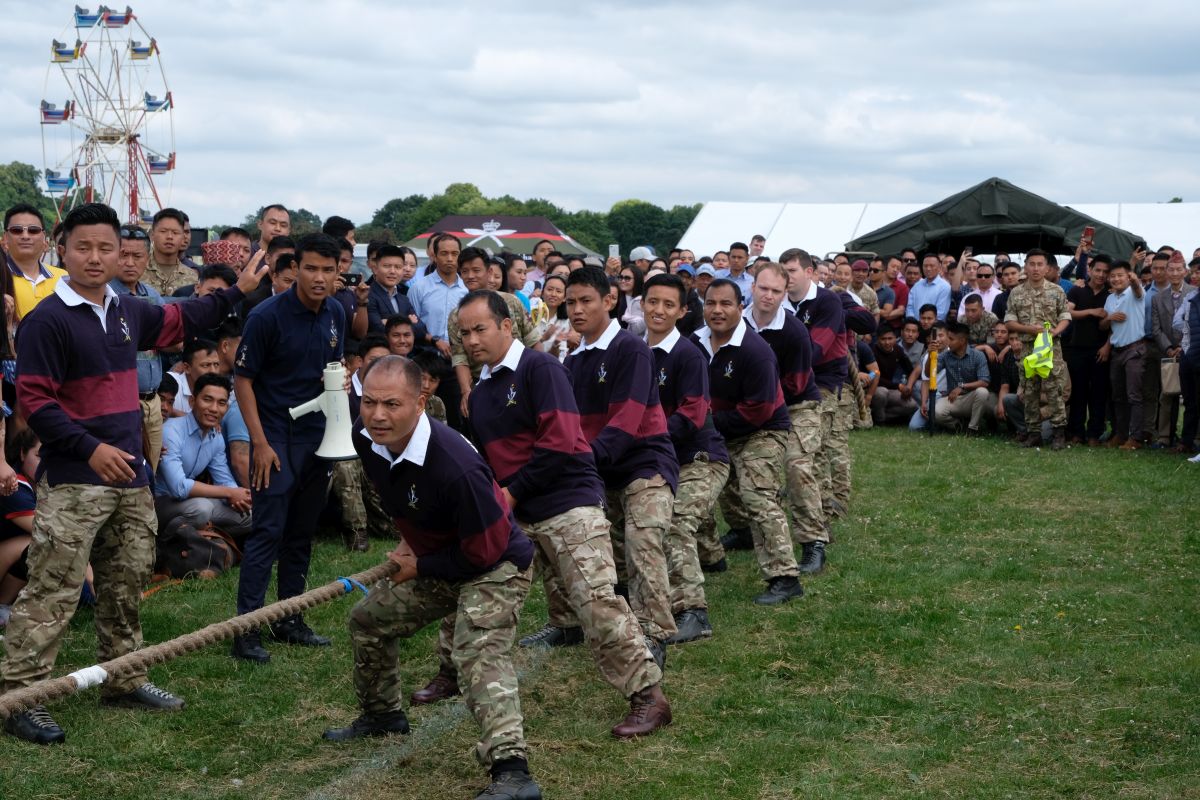 A Thelo Competition also took place on the man arena, with some really impressive throws of the heavy ball.

The day allowed old friends and colleagues to gather and catch up and feel part of the family of the Brigade of Gurkhas.  With young Gurkha family children present through to senior retired officers and Gurkha soldiers now in retirement the event is a true family event.