On the evening of 5th July 2017, 250 Officers, Warrant Officers, Senior Non-Commissioned Officers and many guests gathered outside Old College at the Royal Military Academy Sandhurst for a cocktail party and Sounding Retreat by the Band of the Brigade of Gurkhas and Pipes and Drums from across the Brigade.

The senior guests were: 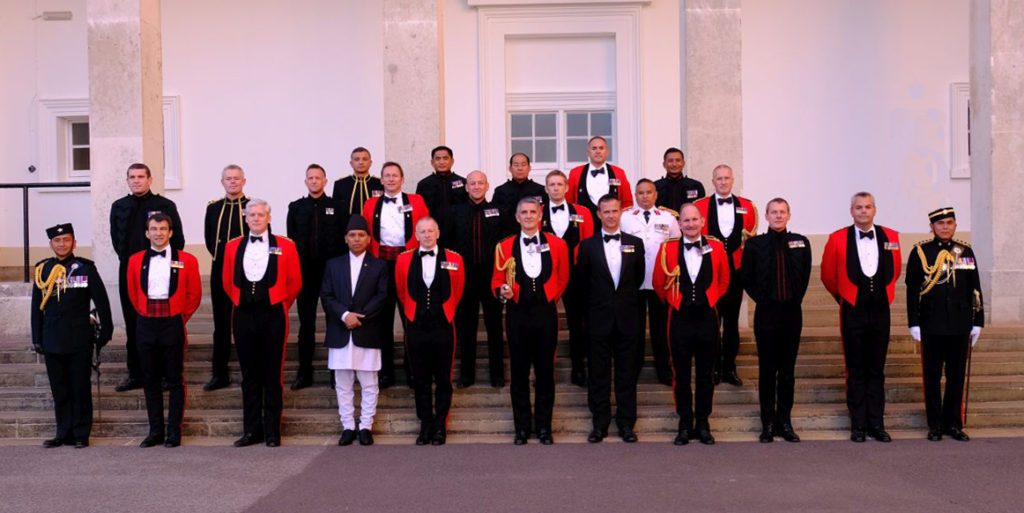 During the cocktail party the Colonel Commandant, Lieutenant General N A W Pope CBE presented a Commendation to Captain Lalit Gurung for his work on various exercises and operations.