The event took place on the parade square in front of Old College, Royal Military Academy Sandhurst. The back drop of Old College at the is an impressive scene. Guests gathered and old friends from across the Brigade caught up with each. The Brigade is diverse covering a number of trades and Arms across the British Army. Many of the Warrant Officers and Officers joined with other numberies but then followed different career paths across the Brigade and this type of event may be one of a few occasions when they get to catch up with the friends they made in basic training in many cases over 20 years ago. 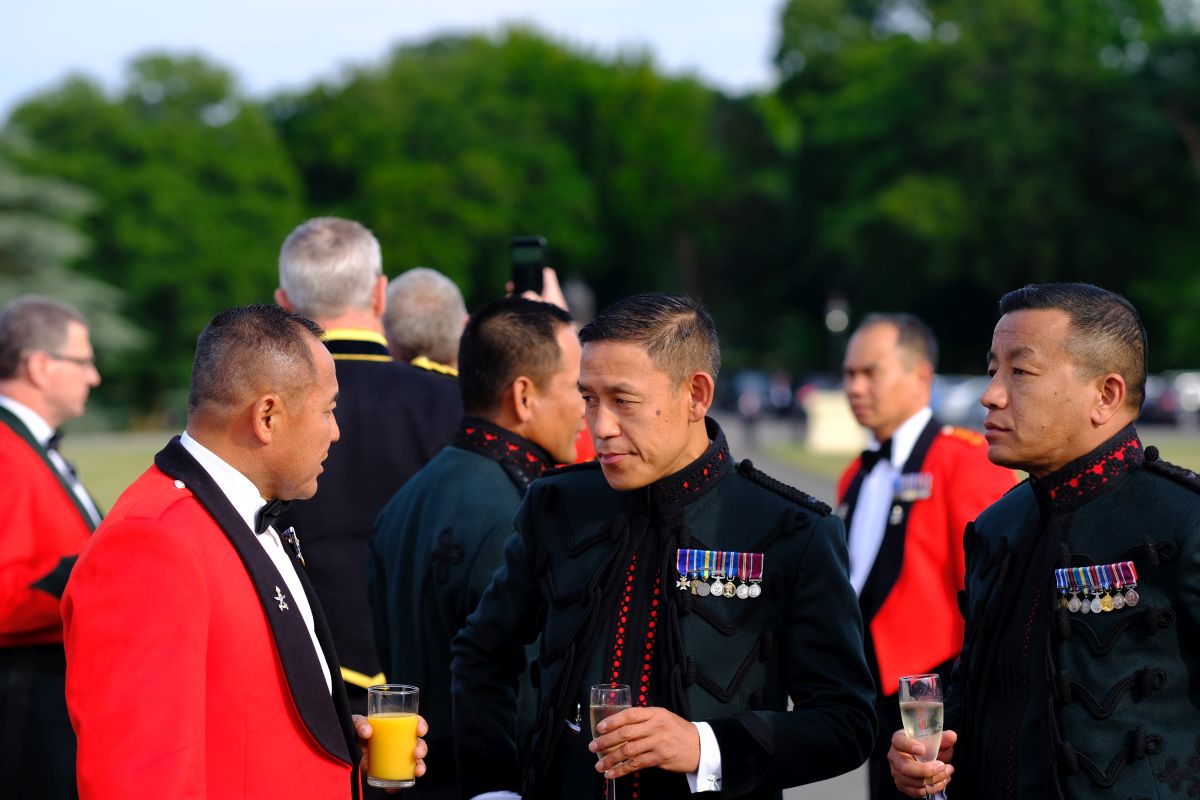 After the sounding retreat the attendees moved into the Old College Dining Hall supported once again by the Band and Pipes and Drums of the Brigade of Gurkhas. 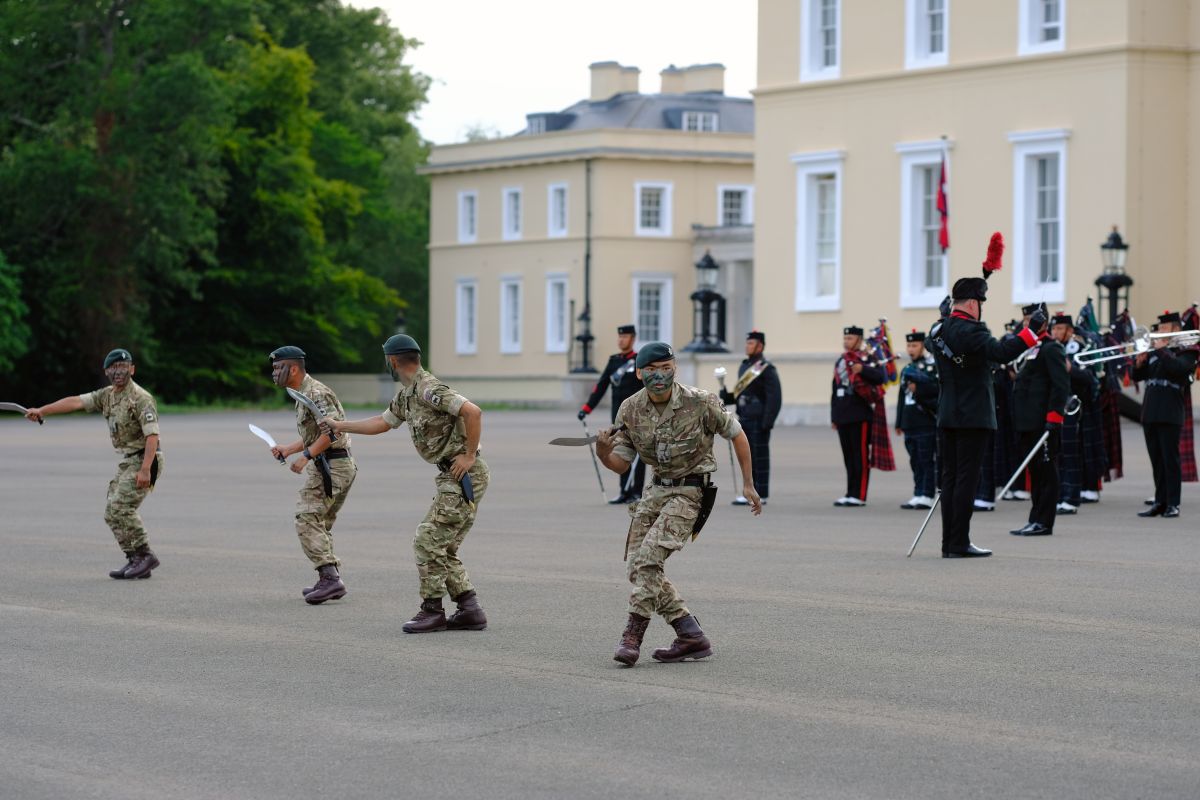 The main guests for the evening included:

The officer taking the salute at the of the Sounding Retreat was the Colonel Commandant, Lieutenant General Sir Nick Pope KCB, CBE.

All the photos from the event can be found on this link.