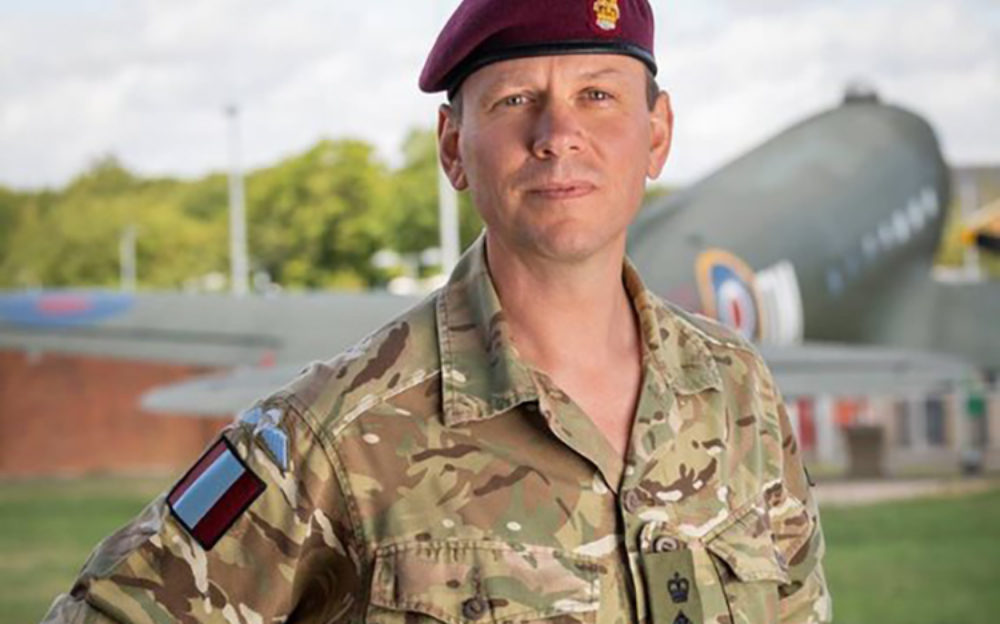 Brigadier John Clark was commissioned into the Royal Engineers in 1999. He has spent the majority of his career working with Airborne Forces although he has also served in armoured and mechanised units and formations, including as a mechanised brigade chief of staff. He has deployed on operations to Northern Ireland, Iraq, Afghanistan (three times) and Cyprus.

Brigadier Clark has commanded at Brigade level and below and has experience of warfighting, combat and construction engineering, capacity building/indigenous force training, UN peacekeeping, and developing and maintaining very high readiness forces. He has also worked in the Ministry of Defence on the Army Strategy team with specific responsibility for strategic communications and cross-government engagement.

Brigadier Clark’s education includes an undergraduate degree in Arabic (with Islamic Studies and History) from Oxford University, a master’s degree in Military Art and Science from the US School of Advanced Military Studies, UK Defence’s Higher Command and Staff Course and the Institute of Directors’ Strategic Business Programme.
He most recently commanded 16 Air Assault Brigade, the Army’s Global Response Force.

From September 2016 to September 2018 he worked as the Military Assistant to the Prime Minister with responsibility for the political-military interface, all Defence matters, and Middle East foreign policy within No. 10 Downing Street.

He took up his current appointment, working in the Ministry of Defence on the Army’s contribution to the Government’s Integrated Review in July 2020.

Find out more about the Queen's Gurkha Engineers