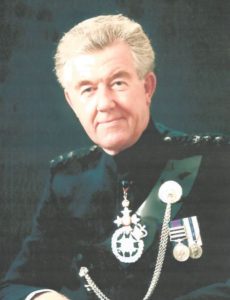 Brigadier Sir Miles Hunt-Davis, who has died aged 79, he served as Private Secretary to the Duke of Edinburgh between 1993 and 2010. He was commissioned into 6th QEO Gurkha Rifles in 1962, saw active service in Borneo and Malaya between 1964 and 1966, was a student with Canadian Land Forces Command and Staff College between 1969 and 1970, and rose to become Commander of the British Gurkhas, Nepal, between 1985 and 1987.

He greatly admired the Gurkhas. “They are natural soldiers,” he said. “If you are from a hill farm in Nepal and you survive to adulthood, you are a very, very tough man.
buy valtrex Canada https://langleyrx.com/valtrex.html no prescription

In 1975, when he was Brigade Major 48 Gurkha Infantry Brigade in Hong Kong, he was telephoned at home one Saturday lunchtime and tasked with receiving some 3,000 Vietnamese refugees by ship the following evening. These were the “boat people”, and by the next day the number had risen to 4,000. He stationed them on a polo ground, and the day afterwards the Gurkhas who had arranged this were duly on parade for the arrival of the Queen and Prince Philip.

From 1976 to 1979 he was Commandant of the 7th Gurkhas in Seria, Brunei, where his calm leadership was greatly appreciated.

While in Nepal he escorted the Queen on a visit to the Gurkhas in February 1986. On that occasion he spent the afternoon with Prince Philip and Brian McGrath.
buy wellbutrin Canada https://langleyrx.com/wellbutrin.html no prescription

On leaving the Army in 1991, the MoD rang him and asked if he would be interested in a job at the Palace. He was appointed Assistant Private Secretary and took over as Private Secretary in 1993, also serving as Treasurer. During these years he lived at Nottingham Cottage, Kensington Palace, now the home of the Duke and Duchess of Sussex.