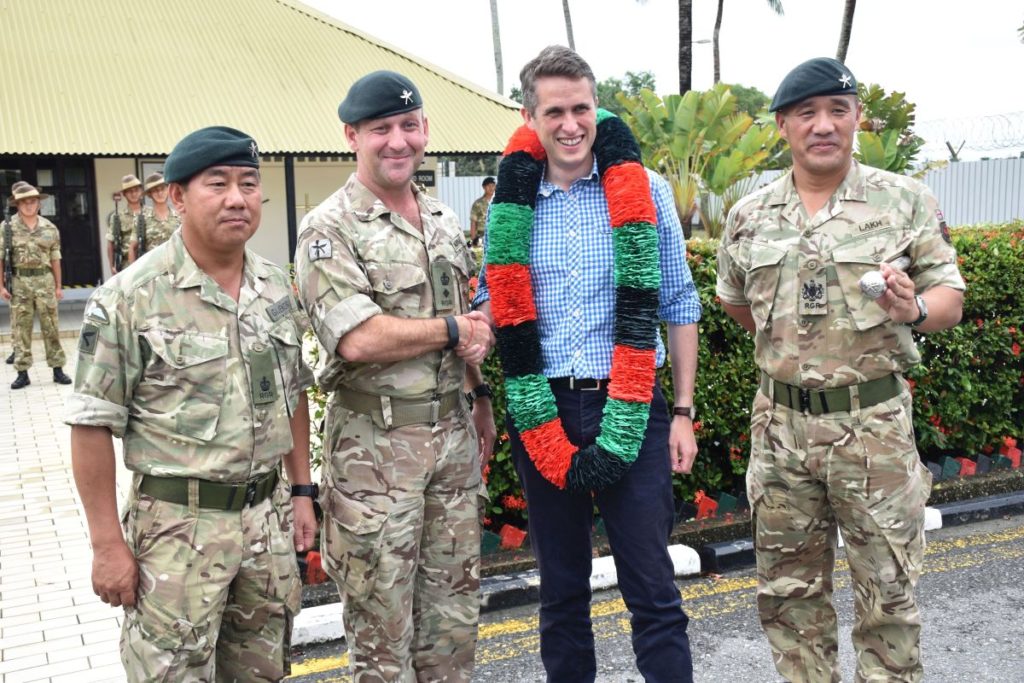 The Defence Secretary Gavin Williamson took time out to visit British Forces in Brunei during his trip to South East Asia for a conference with members of the Association of Southeast Asian Nations (ASEAN). These visits are an important opportunity to nurture and further develop the excellent defence and humanitarian co-operation between the UK and its ASEAN partners. 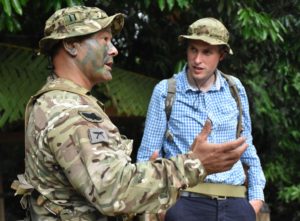 On his first trip to Brunei the Secretary of State for Defence, met with the British High Commissioner, Richard Lindsay, and Brunei based UK troops at their base, Tuker Lines. Here he chatted with service families and awarded several Long Service & Good Conduct Medals. Later he climbed aboard an Army Air Corps helicopter to be flown deep into the heart of the jungle to experience for himself what it is like to live and operate in what can only be described as, perhaps the most demanding and exacting of environments.

A British Army Gurkha Battalion Army has been maintained in Brunei at the invitation of His Majesty the Sultan since 1962. The tropical climate and terrain provides ideal jungle training and the Jungle Warfare Division (JWD) run courses for all members of the British Army and our allies. As specialists, JWD and the Royal Brunei Armed Forces recently hosted a Jungle Warfare Symposium that saw 13 key states in South East Asia come together in a strong demonstration of defence co-operation.

Mr Richard Lindsay, the British High Commissioner for Brunei said: “It is the Defence Secretary’s first visit to Brunei since his appointment in November 2017. He is visiting British Forces Brunei and will meet the Bruneian Defence Minister II to discuss the long-standing and very close defence relationship between UK and Brunei.

On the purpose of the visit to South East Asia the British High Commissioner added: “The visit is a demonstration of UK’s enduring commitment to peace and security in the Asia Pacific region, and to uphold the rules based system on which our shared security depends.

The Defence Secretary is en route to participate in the annual Shangri La Dialogue held in Singapore, the region’s premier security conference.”

FOLLOW US
100th Anniversary of the formation of the Royal Co

We have Gurkhas based at the Royal Military Academ

Our Recruit Intake 20, Pass off the Square, indiv