Central Selection for this year’s recruits for the Brigade of Gurkhas is underway in Pokhara, Western Nepal. Of the initial 6,600 who registered to join, the final 300 are going through rigorous tests to determine the final 126 to come to UK to undergo basic training in 2014. They will be assessed for physical, education and character. The physical includes the famous 5km race uphill carrying 25 kilos in a wicker basket (Doko). Potential recruits also under go speaking, listening, reading and writing assessments. And finally they undergo an interview to determine each recruits’ character. For those who are successful, 3 weeks of induction training in Pokhara is followed by an Attestation Parade when the recruits will swear allegiance to the Queen in front of the Colonel Commandant, General Sir Peter Wall GCB CBE ADC Gen, CGS. Those not successful are provided with travel money home, some may return to try again next year. All early indications are that the standard is as high as ever. 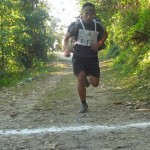 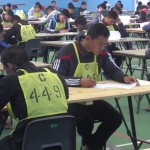 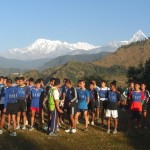