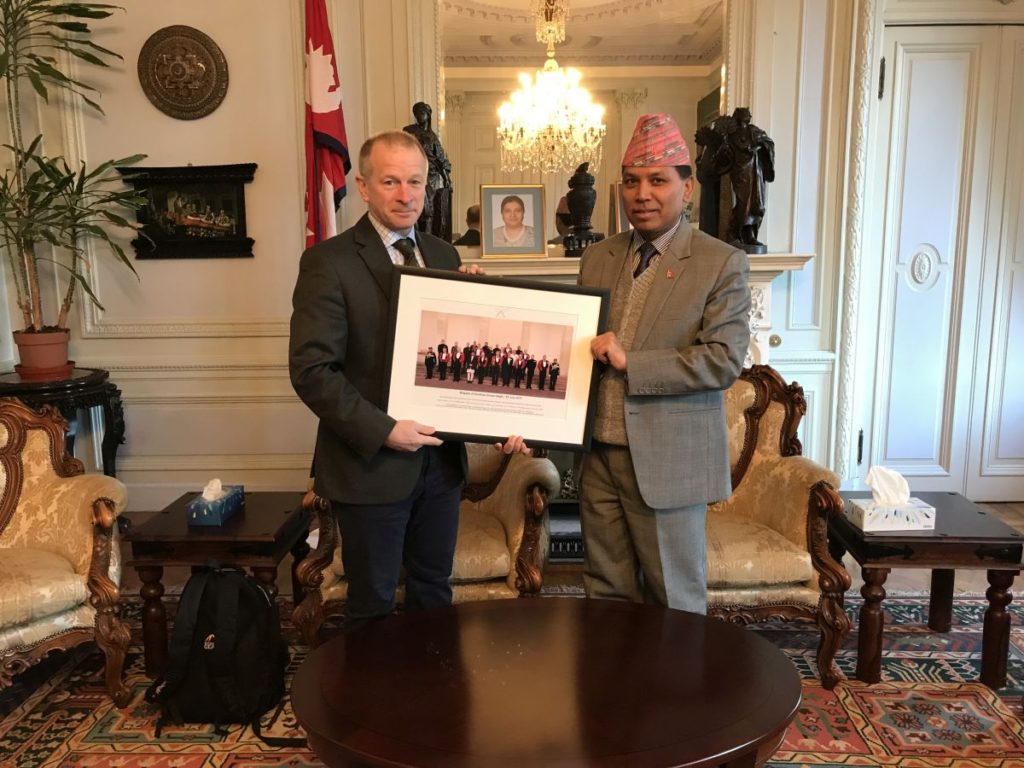 He also presented the Ambassador of Nepal with a framed photograph of  2017 Brigade Dinner major guests at which His Excellency attended in July 2017.