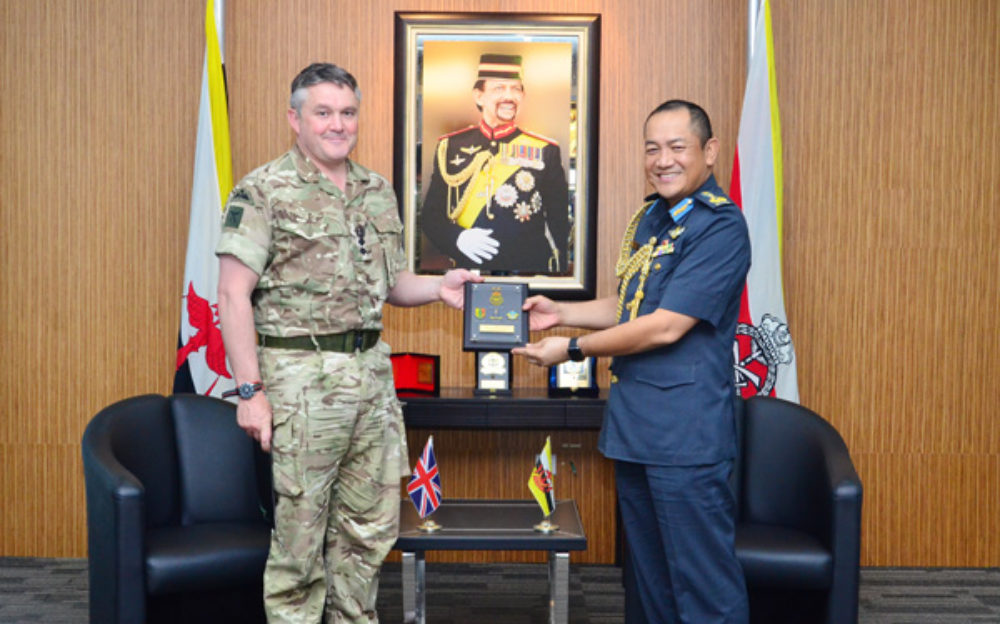 Also in attendance were the Chief of Staff, RBAF and Director of Intelligence, Ministry of Defence.

During the call, the RBAF Commander welcomed Colonel Jody Davies MBE to the Ministry of Defence and expressed his appreciation for his visit to Brunei Darussalam.

Both countries expressed their gratitude towards the close relationship and cooperation between the RBAF and British Forces Brunei. Existing interactions can be enhanced further during courses and training, signifying the close bilateral defence relations that both countries enjoy.

Colonel Jody Davies MBE was a former Commander of The First Battalion, The Royal Gurkha Rifles in Brunei Darussalam.