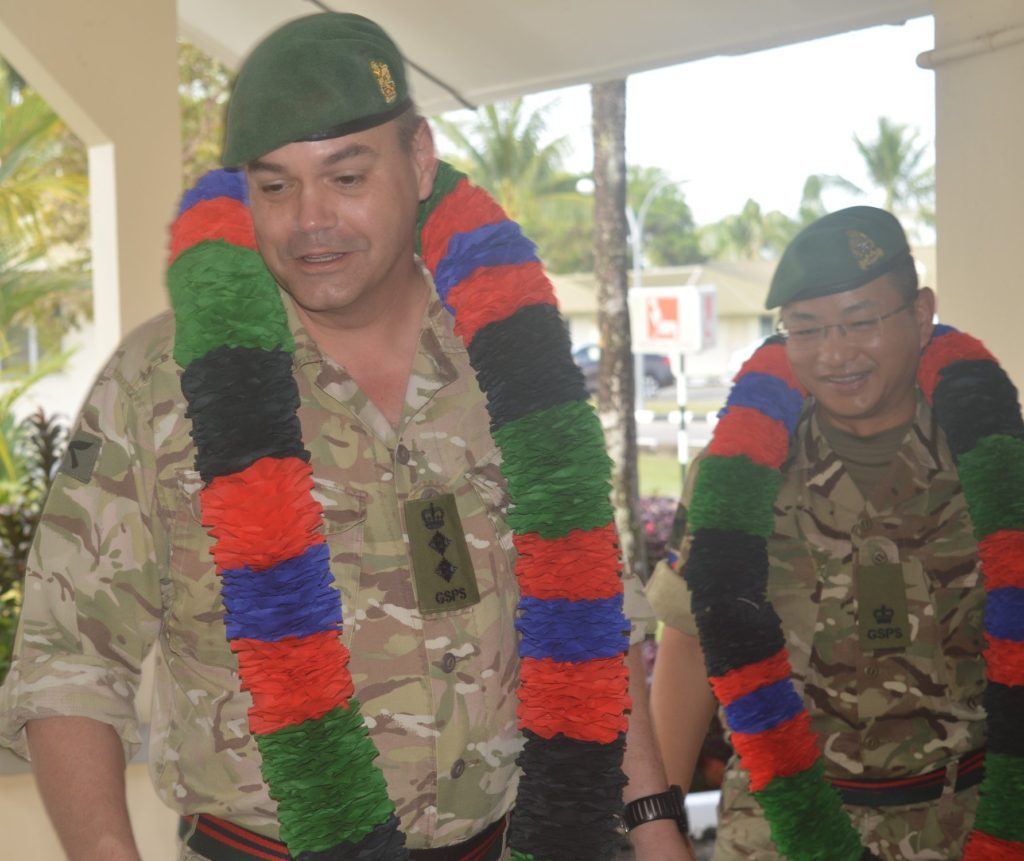 He was accompanied throughout by Deputy Chief of Staff Headquarters Brigade of Gurkhas/Officer Commanding GSPS, Major Narendra Kumar Gurung.

They met with the BFB RAO Detachment members and families currently serving in Brunei and provided an update on the GSPS’ Future Operating Environment (FOE).

As this was Colonel GSPS’ first ever visit to far-flung Brunei, he was introduced to the austere Borneo jungle where he had an opportunity to see the RAO Detachment undertake low level training in Close Country Tropical Environment (CCTE) in order to reiterate the ‘Gurkha First’ ethos.

Both Colonel and OC GSPS took part in an arduous day trip to ‘Ulu Ulu National Park’ in Temburong district where the Detachment conducted various team bonding/leadership tasks reiterating a ‘winning team’ mentality – par to GSPS ethos. During the visit they provided an update on plethora of GSPS developments and FOE with the view to inspire and motivate excellence.

To understand the wider BFB community they also paid a visit to the BFBS and Hornbill School prior to their departure back to the UK. In addition four members of the Detachment were awarded with the Colonel GSPS Coin of Excellence for their hard work, sheer dedication and pursuit of excellence.