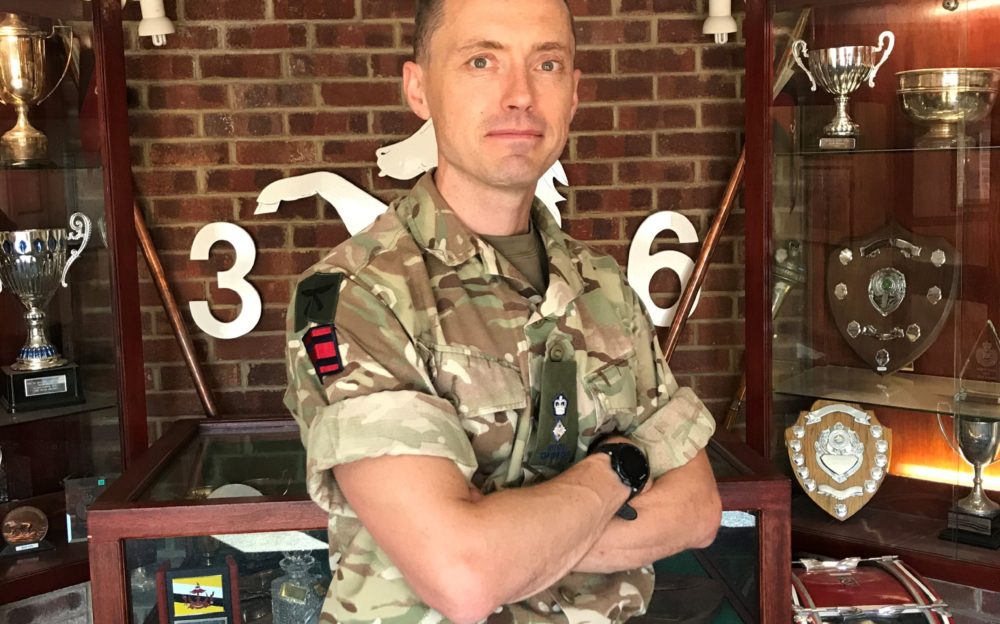 Lieutenant Colonel Mark Hendry graduated from the University of Leeds in Business Management and Environmental Science before being commissioned into the Royal Engineers in 2001.

His first appointment in the Royal Engineers was I Troop Commander in 69 Gurkha Field Squadron. Following the long language course in Nepal, he deployed almost immediately onto Operation TELIC with 69 Squadron and the Regiment. His troop was charged with the construction of field hospitals and enabling works for the fighting force throughout the theatre. Lieutenant Colonel Hendry also deployed on multiple overseas exercises throughout this time.

Following his Troop Commander tour, he was assigned to British Gurkhas Nepal as the Project Engineer where he built schools and delivered water projects throughout the foothills on behalf of the Gurkha Welfare Scheme. On return to the UK, Lieutenant Colonel Hendry completed a short tour at 3 RSME in Minley before returning to 69 Squadron as Squadron Second in Command. The highlight of this appointment was the training and deployment of the squadron to Helmand Province, Afghanistan on Operation HERRICK 7 in support of 40 Commando Royal Marines.

The Army Personnel Centre then sent Lieutenant Colonel Hendry to RAF Henlow in support of the Bowman Fielding Program across Defence as an SO3; a role which provided his first exposure to the Joint environment and extensive international travel.

Following the Intermediate Command and Staff Course, Lieutenant Colonel Hendry served in the Royal Engineer Warfare Wing at Minley as Senior Instructor Military Engineer Operations before assuming command of 69 Squadron in 2013. As Officer Commanding, he deployed his sub-unit to Canada, the Falkland Islands on Project ANEMOI and Nepal in the initial aftermath of the earthquake in 2015.

Thereafter, Lieutenant Colonel Hendry moved to 39 Engineer Regiment in Kinloss as the Regimental Second in Command where he was privileged to have a short period as Acting Commanding Officer.

Selected for promotion and attendance at French Staff College (l’Ecole de Guerre), he moved to Paris in 2018 with his family and minimal French linguistic ability! Following this military education, he was assigned as an embedded officer to the French Military strategic Headquarters (J7 – CPCO) and was responsible for delivering French strategic level international military training events.

Lieutenant Colonel Hendry is delighted to have been selected as the Commanding Officer of 36 Engineer Regiment and Commandant of the Queens Gurkha Engineers.