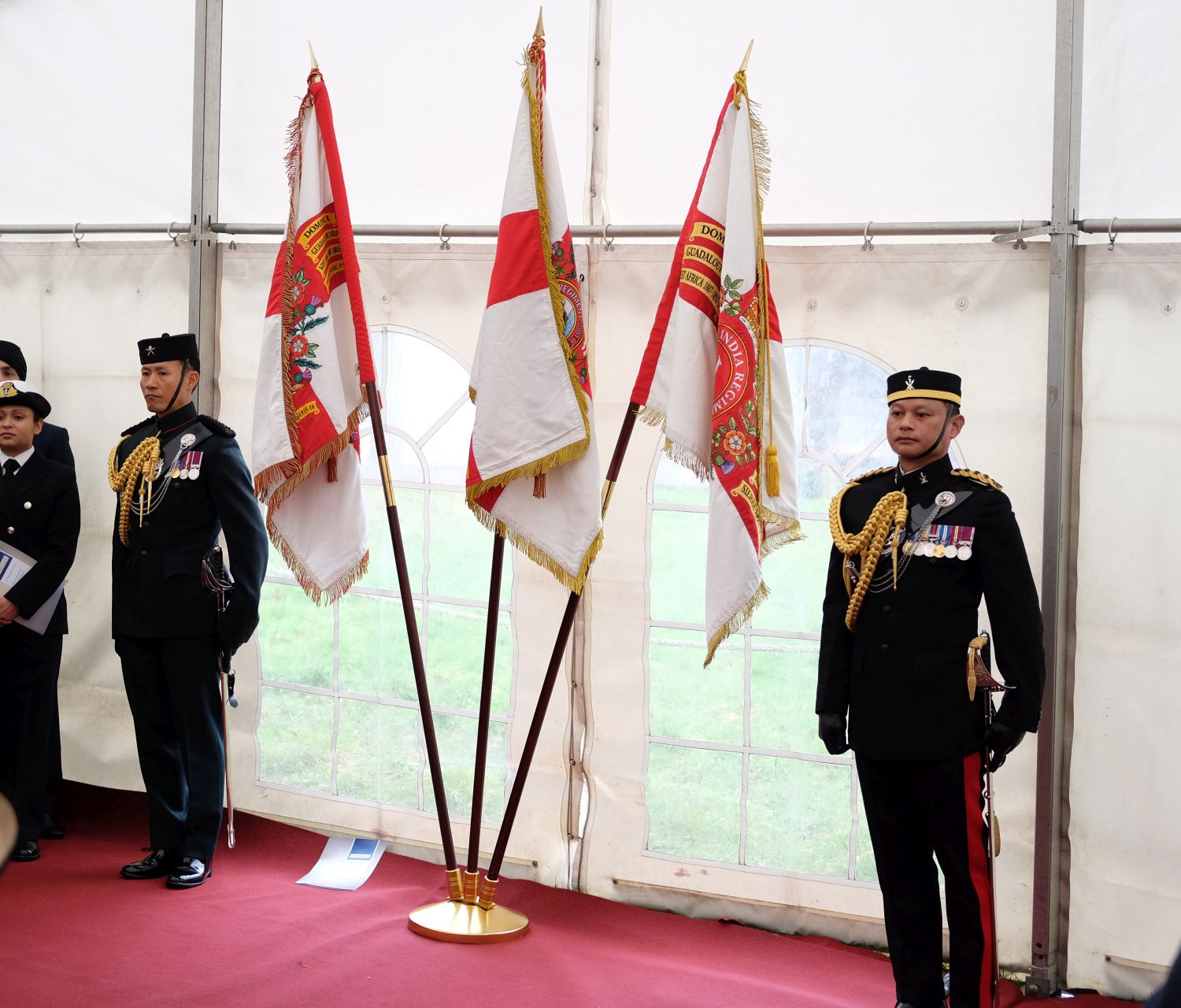 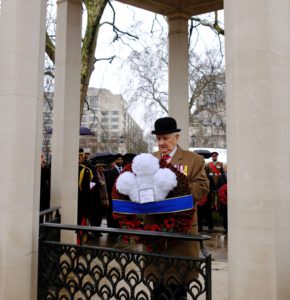 The history behind the Memorial.

On the 6th November 2002 Her Majesty The Queen officially inaugurated the Memorial Gates on Constitution Hill, in London. These Gates have been erected as a lasting memorial to honour the five million men and women from the Indian subcontinent, Africa and the Caribbean who volunteered to serve with the Armed Forces during the First and Second World Wars. They also celebrate the contribution that these men and women and their descendants, members of the Commonwealth family, continue to make to the rich diversity of British society.

Since Her Majesty opened the Memorial Gates on Constitution Hill in 2002, there has been a wreath laying ceremony at the Memorial Gates to commemorate the actions of all those from the Empire who sought for the British in the two World Wars.

Today the event was opened by Inderjeet Singh Nijhar Chairman of the Memorial Gates Council. This was followed by guest speakers: 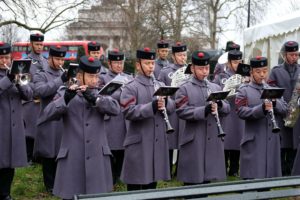 Also present were the Band of the Brigade of Gurkhas and a piper from the Royal Gurkha Rifles. Last post and a lament were performed as a mark of respect and remembrance.