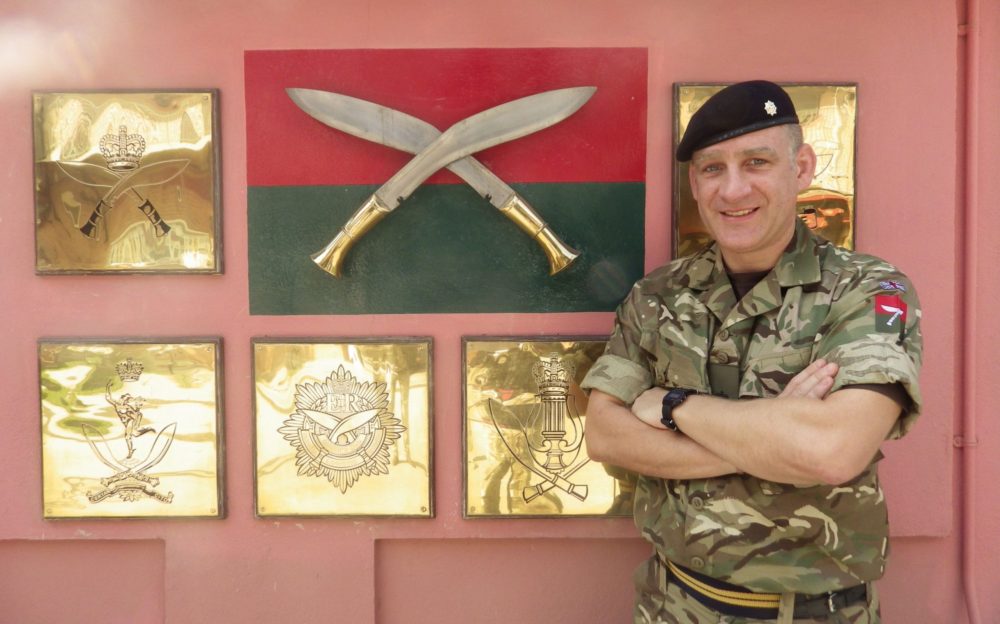 Lieutenant Colonel Simon Townsend was commissioned into the Royal Logistic Corps (RLC) in 2000.

His first posting was as a Troop Commander in 94 Stores Squadron Queen’s Own Gurkha Logistic Regiment (QOGLR) at 9 Supply Regiment RLC, which also encompassed his language course in Nepal. Following a brief assignment as a Troop Commander at Army Training Regiment (Pirbright) he returned to the Squadron as Second-in-Command/Operations Officer and deployed on Operation TELIC in May 2003.

In August 2004, he was posted to Headquarters British Gurkhas Nepal as a Staff Officer logistic support and also acted as Staff Officer Class 2 Gurkha Recruiting. On return from Nepal in 2006 he became the Regimental Operations Officer of the Commando Logistic Regiment, Royal Marines and deployed on Operation HERRICK 5. In 2007 he was posted to Headquarters (HQ) 104 Logistic Support Brigade, this included a deployment on Operation HERRICK 9.

After promotion to Major and completion of the Intermediate Command and Staff Course (Land), in 2010 he was posted to HQ Commander United Kingdom Amphibious Forces as the Staff Officer Class 2 Land Logistics, the only Army post in a Royal Marines 2* Joint HQ. During this posting he also fulfilled roles on Operation ATALANTA (anti-Somalian piracy) Movements for the European Union Naval Force (EUNAVFOR) Operational HQ in Northwood, and as the Staff Officer Class 1 Naval Liaison Officer to the Combined Maritime Force in Bahrain.

In May 2012, he moved to HQ 101 Logistic Brigade as the Theatre Logistic Regiment Project Officer before assuming command of the newly re-titled 1 Squadron,10 Queen’s Own Gurkha Logistic Regiment in November 2012. In May 2014, he was posted to 7th Transportation Brigade (Expeditionary) in Fort Eustis Virginia as the Bde Deputy S3 in which role he deployed on exercise to the Republic of Korea.

On return to the UK in July 2016 Lieutenant Colonel Townsend assumed the post of Regimental Second-in Command of 9 Regiment RLC, the Theatre Logistic Regiment held at very high readiness within the Joint Expeditionary Force Theatre Enabling Group (JEF TEG). In this role, he was the Chief of Staff responsible for taking the RHQ and its augmentees through both CAST and validation as the JEF TEG HQ.

In Jan 2018, on promotion, Lieutenant Colonel Townsend was posted to the post of COM(L) LNO to US AMC. On completion of the US tour he moved to Kathmandu, Nepal to become the DCOMD of British Gurkhas Nepal.

He is married to Anna who teaches English as a foreign language, alongside running the charity supporting homeless women that she founded in Nepal; Women Without Roofs.