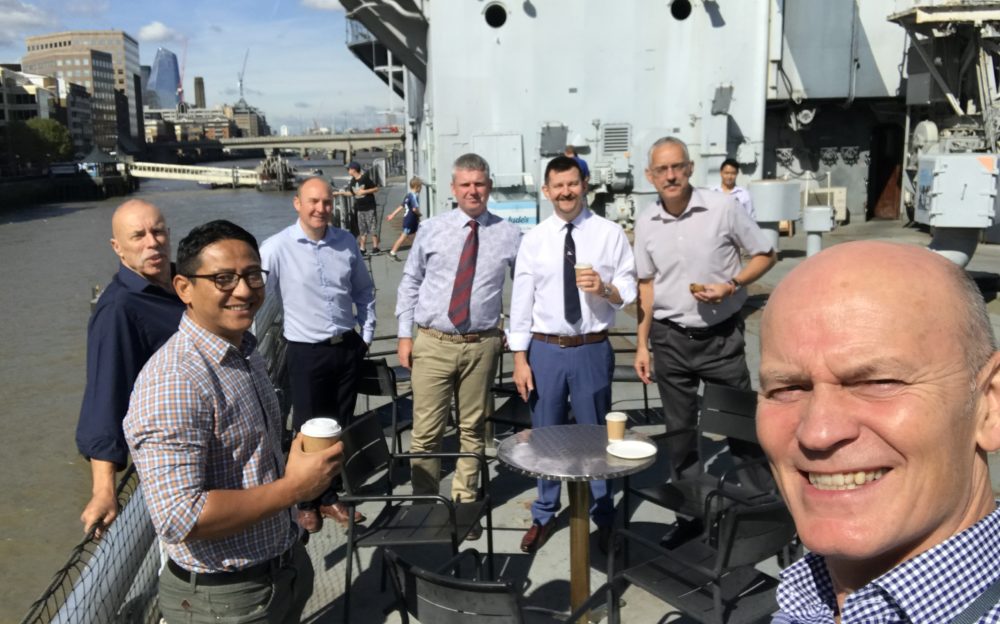 Engineering Technician (EngTech) is a valuable, portable, recognized professional award that can be carried throughout your career both whilst serving and retired, and one which can be built upon with further development.

The award demonstrates your competence and your commitment to a continuing professional career demonstrating that you can apply proven techniques and procedures to the solution of practical engineering problems.

Applications are boarded by the Institution of Royal Engineers EngTech Panel every 10 weeks to qualify Officers, Warrant Officers, Non-Commissioned Officers and exceptional Sappers for the award of EngTech. Normally, boards are held at the Institution in Brompton, but the August forum was held aboard HMS Belfast in London.

The EngTech Selection Board is chaired by Lieutenant Colonel (Retired) Paul Brooks Chartered Engineer Member of Institute of Royal Engineers and on 29th August 2019, included eight board members who had travelled from different parts of the country to attend. 55 applications were considered by the Board, of which 42 were successful and 13 were referred (Referral is used where the Board members consider that insufficient evidence of engineering experience has been presented – importantly, it is not a fail!) Successful applicants will subsequently be registered as an EngTech with the UK Engineer Council.

As part of the Defence Engineering Remuneration Review, the Army is offering an Engineering Professional Registration Award (EPRA) of £3000 to Junior Non-Commissioned Officers who have attended Joint Commander Course (having been selected for promotion to Corporal) and who have gained EngTech since 1st April 2018. The scheme is due to continue until 31st March 2023.

The payments will be processed on JPA on completion of all criteria detailed in this instruction and will be paid in the first monthly pay run after the date in which the application is authorised and processed. Surprisingly, so far only approximately 150 have applied for EPRA out of 390 who are eligible.

The next board will be held on 24th October 2019 and if you need more information then visit https://www.instre.org.