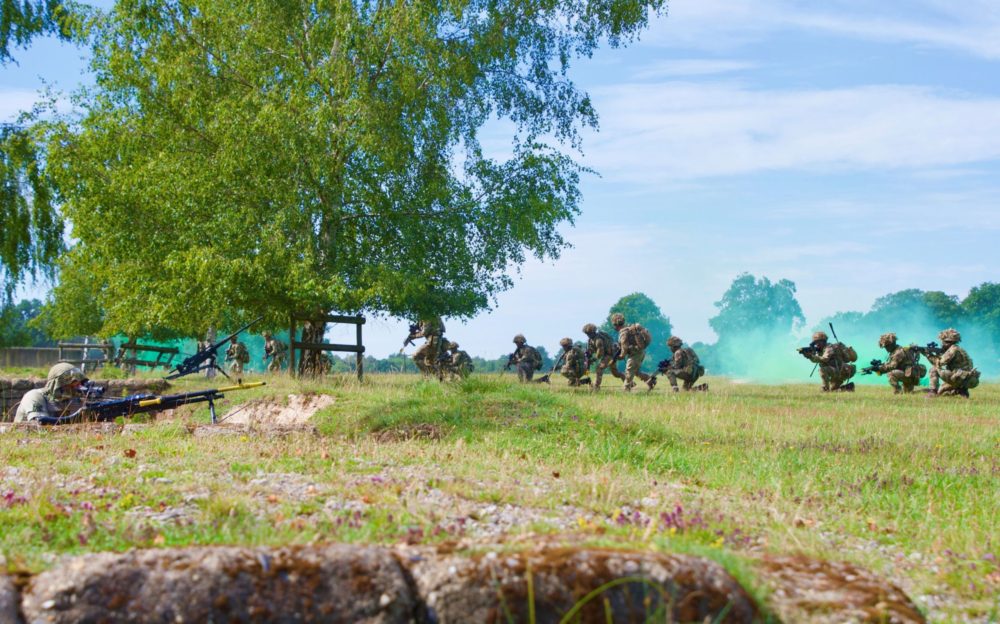 As a part of 16 Air Assault Brigade, Ex AS was a golden opportunity for B Company soldiers to showcase their airborne skills and drills.  ATF1 HQ commanded the exercise and provided: Apaches (from 4 Regiment Army Air Corps), Chinook, and Puma helicopters. Also involved were 9 platoon from C (Mogaung) Company, a recce patrol, and a sniper team attached to the Company group. B Company commanded by Major James Christy, conducted the raid at Bridge Carr Village with the mission to raid the village, neutralise enemy forces, and capture a High-Value Target (HVT).

The training and preparation for the exercise started a couple of weeks before D-Day. We started honing our drills in the urban environment by building a replica of the village at Sir John Moore (SJM) Barracks. Section commanders were empowered to develop and prepare their boys for the mission.

On D-Day -1 the recce patrol deployed to the objective. Their task was to provide live feedback of enemy dispositions on the objective back to the Company via TacSat. The recce team operated very professionally throughout the night and successfully obtained critical intelligence to aid the Company planning of the operation. On the same day B Company conducted their final rehearsals from section level to Company level; including helicopter boarding and egress in contact. 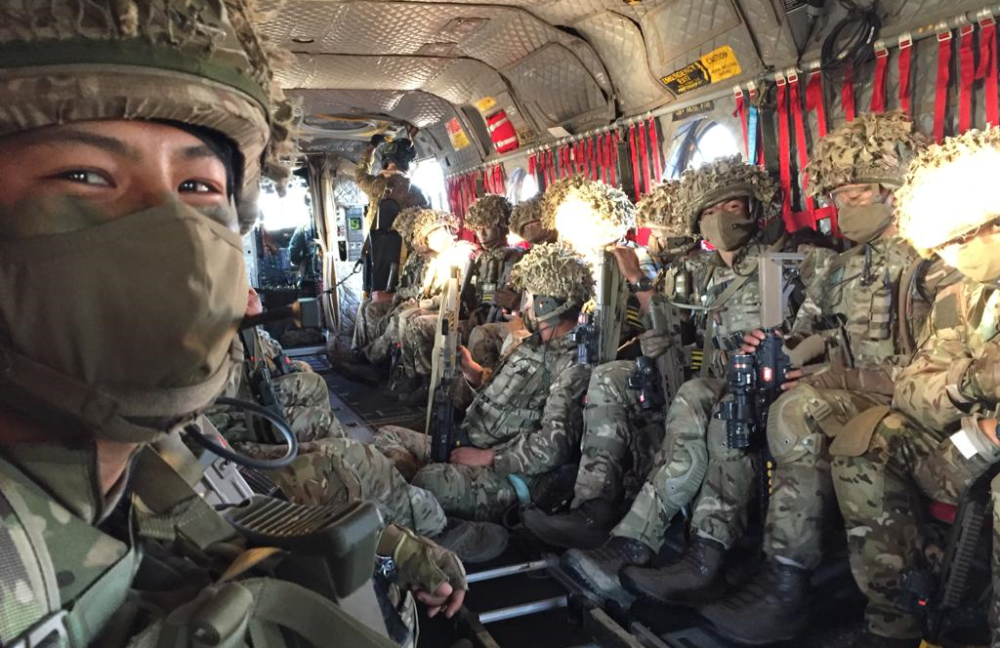 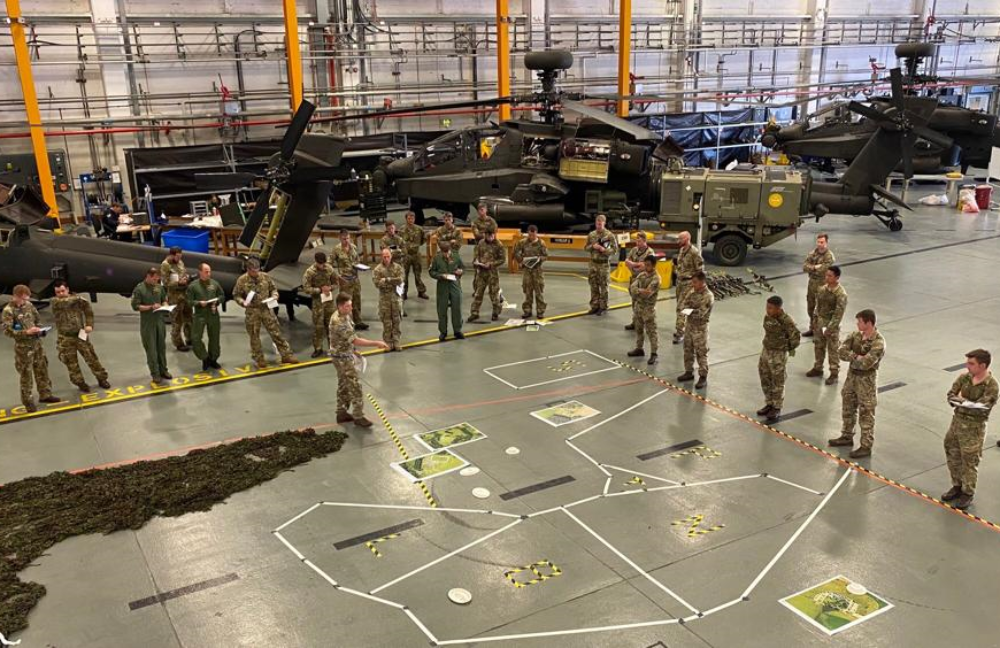 On D-Day, we assembled at the pickup zone on the sports pitch. Company Sergeant Major Saheb divided the Company into three sections to board the Chinooks. At 1130hrs we heard helicopters and three Chinooks appeared right above our head and landed simultaneously in front of us. We flew from SJM barracks to Wattisham Flying Station (WFS). At WFS the Officer Commanding and Platoon Commanders attended the Joint Mission Brief & ROC drill. Once the command team returned, we received a final brief and then waited for Y-hour.

At Y-hour a section of B Company soldiers and the sniper team boarded Puma helicopters for their Eagle Vehicle Check Point task. Their mission was to interdict and capture the HVT if he tried to flee the objective by vehicle. The fighting platoons re-boarded the Chinooks and flew to the objective, escorted by Apaches.

1 minute before the attached the Apaches popped up in front of the objective and neutralised a dug in machine gun and air defence positions to enable the Chinooks to land. As the Chinook ramps went down, facing the enemy positions only 50m away, all three platoons deployed straight into their assault formation. We were welcomed to the objective by enemy small arms fire, but we returned the welcome with suppressive fire. 6 platoon in reserve moved straight to their flanking position to block any enemy escape and prevent enemy reinforcement. 5 platoon and 9 platoon then simultaneously started clearing their allocated compounds, fighting through any enemies in their path. The troops executed the Officer Commanding’s plan very professionally and effectively; within 25 minutes the whole objective was clear and the HVT was successfully captured. On the Officer Commanding’s call, a Puma landed on the objective and extracted the HVT. We fought off sporadic counterattacks. We were eventually picked up by Chinooks and flew back to SJM barracks. 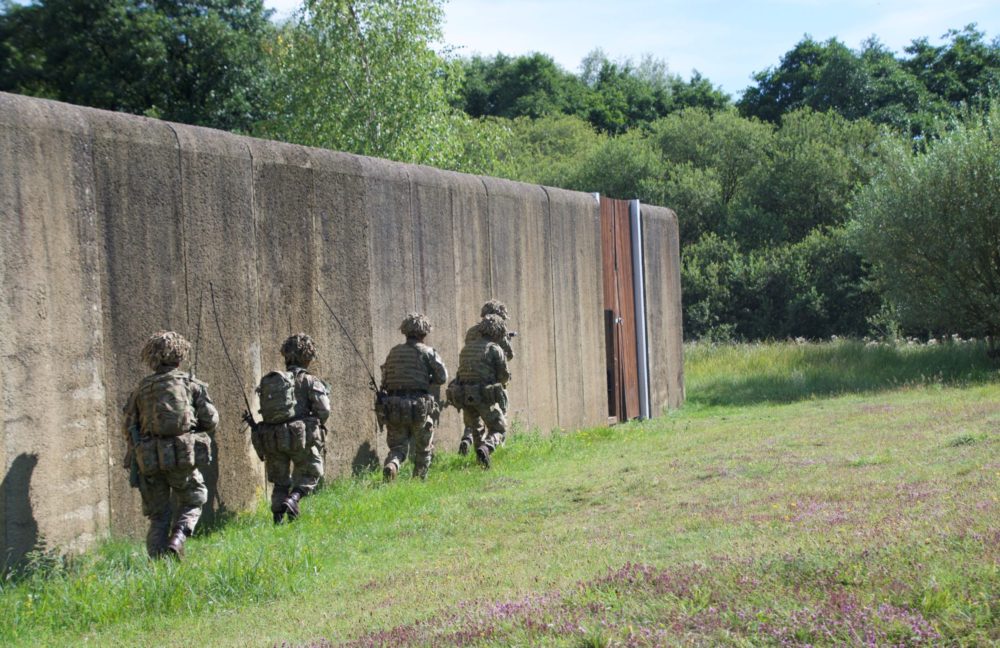 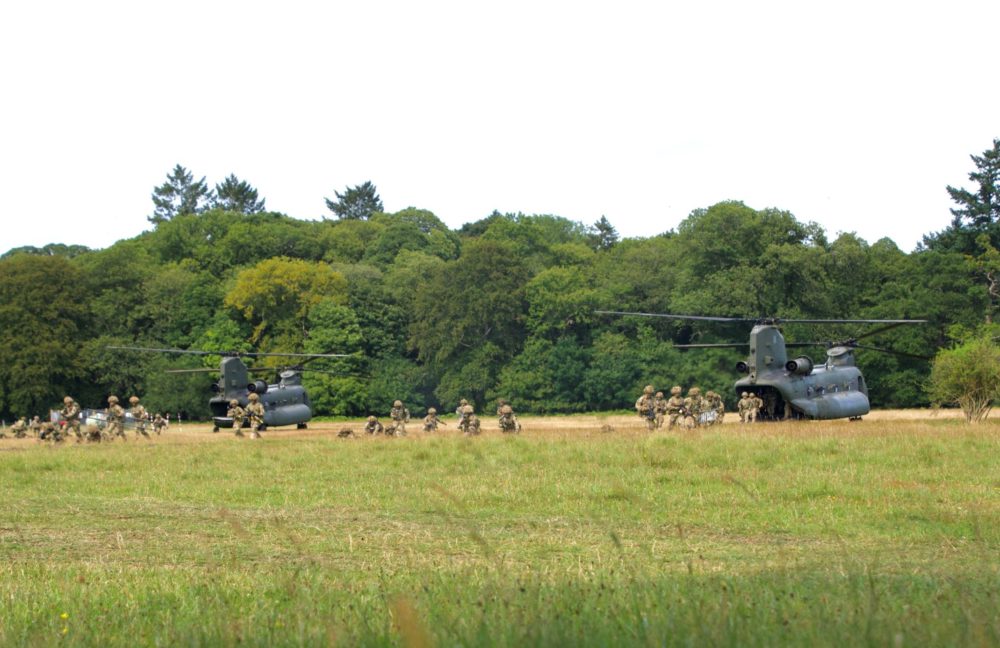 The exercise was a great experience for all of us. Our knowledge and understanding of Air Assault have moved forwards leaps and bounds. It has certainly enhanced the ability of the Company to deploy worldwide as part of the Global Response Force.