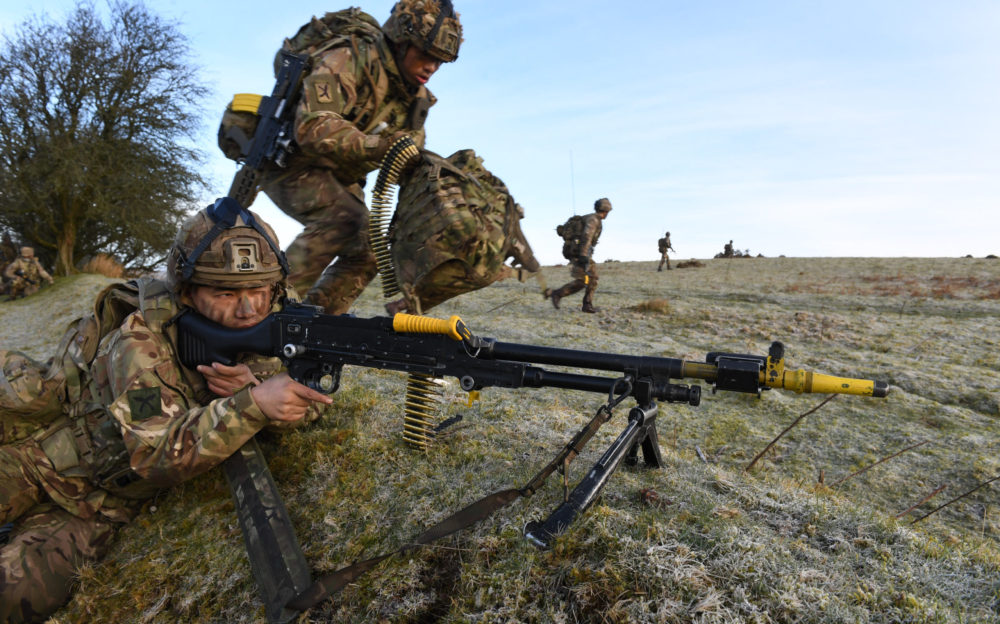 Exercise DYNAMIC VICTORY is the final field exercise of the British Army Officer Cadets which usually takes place in Germany but due to the current pandemic, it was held in Sennybridge training area (SENTA) in March 2021.

Exercise Dynamic Victory is one of the milestones where every senior officer cadet must pass certain tasks and criteria during the exercise in order to complete training before they can commission into the British Army.

The Officer Cadets on the course come from a number of countries around the world as the Academy is one of the best military training establishments in the world.

38 members from Gurkha Company (Sittang) performed vital roles during the exercise under the command of Captain Tarjan Gurung to support the exercise.

Gurkha Company (Sittang) fulfilled enemy role (Red Force), two Gun groups attached to the Company’s (Blue Force) and two teams of Police (Green Force). This was my first Exercise Dynamic Victory and my aim was to be provide close fire support as a Gun Group and demonstrate our light Infantry excellence in close combat during each phase of the exercise. At the end, we managed to take a group photo with our three young officers who are very shortly joining The Royal Gurkha Rifles and become part of our family.

Find our more about the Royal Military Academy Sandhurst