Exercise Dynamic Victory (DV) is the final assessment of the officer cadets to be a proficient enough to keep the motto of the Royal Military Academy Sandhurst (RMAS) - “SERVE TO LEAD”.

This exercise rigorously tests their planning, command and control capabilities in a variety of different scenarios that includes both rural and urban operations. Ex DV takes place at the US Army training bases at Grafenwohr and Hohenfels in Southern Germany. Consisting of two phases, LFTT phase for a week followed by six days blank exercise based on rural, urban and interface scenario before they go on final exercise in an urban environment (Final Tactical Exercise). I find it quite challenging, demanding and interesting.

This exercise commenced on the 4th March 2020 and lasted for three comprehensive weeks. A team of 36 strong Gurkha Company Sittang (GC(S)) personnel were led by Captain Mahendra Phagami (PC1). During the first Phase, we as a supporting troop helped set up the ranges and provide range support as a SF gunner on five different ranges simultaneously. 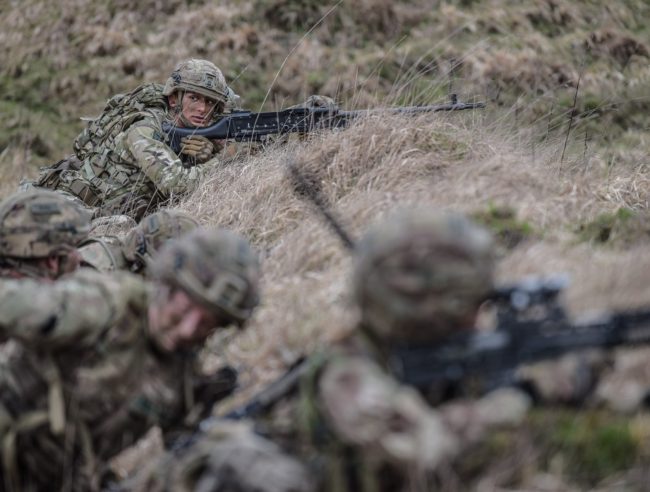 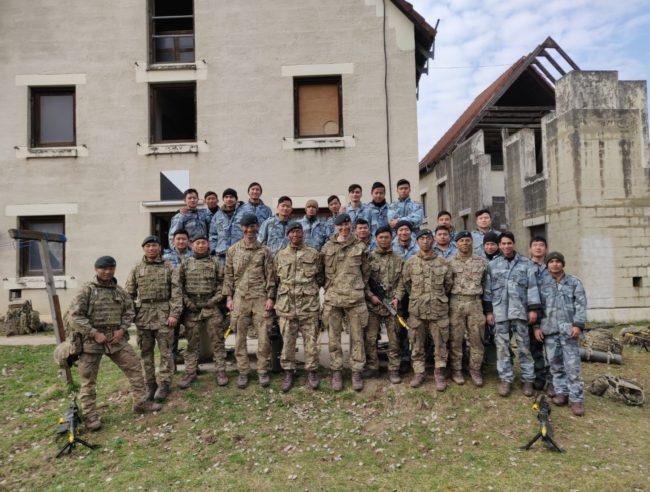 The Second Phase for GC(S) including all the Officer Cadets involved moving to the Hohenfels Training Area, an hour drive from the GTA. We had various roles, such as enemy (Red Forces), Gun groups attached with the Company (Blue Force), role play as a local policing (Green Force), G4 team, drivers and Chefs. We enjoyed collaborating with the US Army as we fulfilled the role of enemy.

In the middle of the second week, it all changed with the threat of COVID19. With the help of Chain of Command, we managed to control the epidemic and again continued to support Officer Cadet’s final attack. It was a great and a very successful exercise, even though sometimes challenged by COVID-19 situation. For us, Ex DV is the best opportunity to sharpen our light Infantry excellence and demonstrate our legacy and professionalism to young Officer Cadets and our partnered forces.