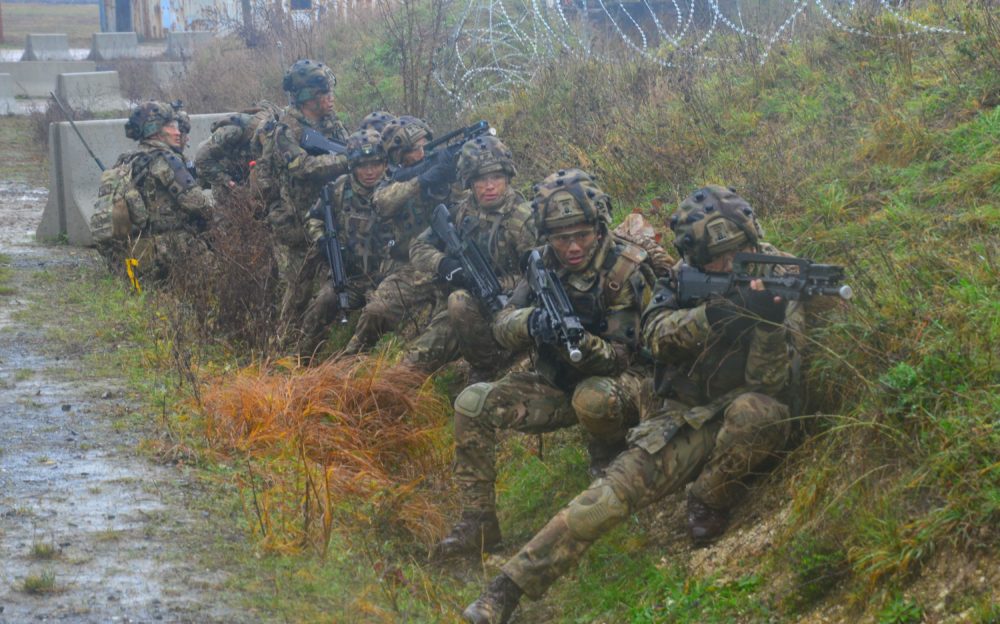 A platoon from each of the Rifle companies of 1 RGR came together to operate under the command of A (Delhi) Company Headquarters. This meant that the skills that we honed were spread across the Battalion. It also meant that we worked closely with our numberis and gurujis who we would not have usually operated with; it was a great way to learn new ways of doing things.

During the first week of the Exercise, we begun by learning how to use the French Army’s primary weapon system, the FAMAS rifle. They showed us the main differences between their rifle and our own. Within an hour we were very happy with how the FAMAS rifle worked and were confident to go forward and start to learn the French Army’s tactics, techniques and procedures (TTPs) in the urban environment. These were mostly the same as our own, but it was interesting to see the differences, and by the end we were confident that we understood how we could work well with the French Army in built-up urban areas. I think that this experience helped to broaden our experience and has started to prepare us to become more senior Riflemen within our platoon.

During the second week of the Exercise, we deployed in tactical conditions and spent a very exciting number of days fighting against a French armoured unit. This was challenging as we only had a limited number of the French anti-tank weapon systems. However, we made sure that we used our initiative and aggression to combat the French forces. The highlight of the final exercise was in a defensive phase when we outflanked a French platoon without them noticing us, and using great cover, ambushed the enemy with great success. The French directing staff said they were very impressed and that we had performed exceptionally well. It was great to hear and it was a significant boost to our morale. 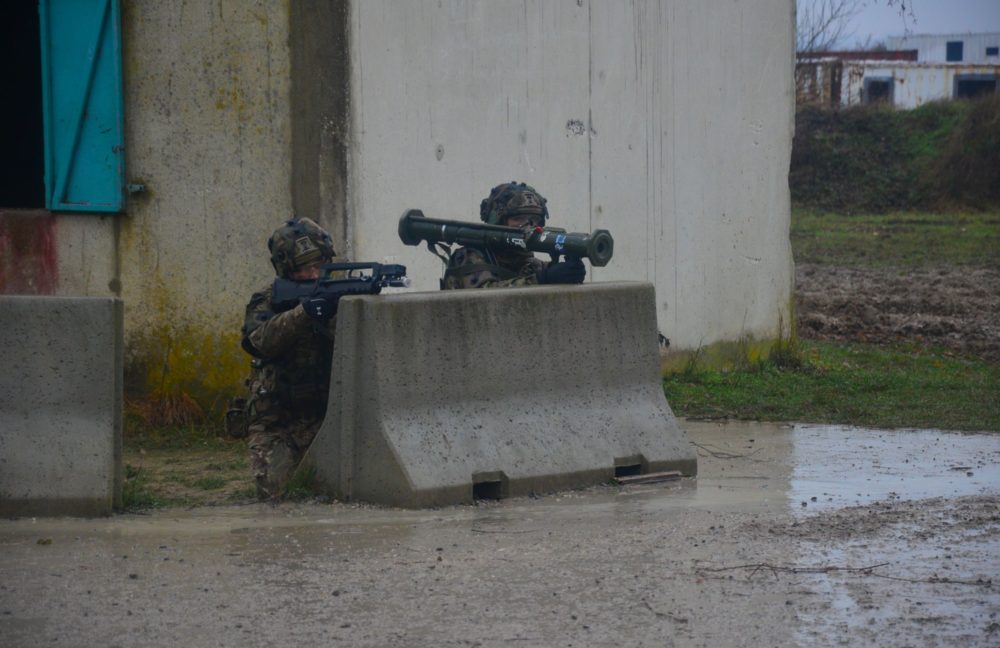 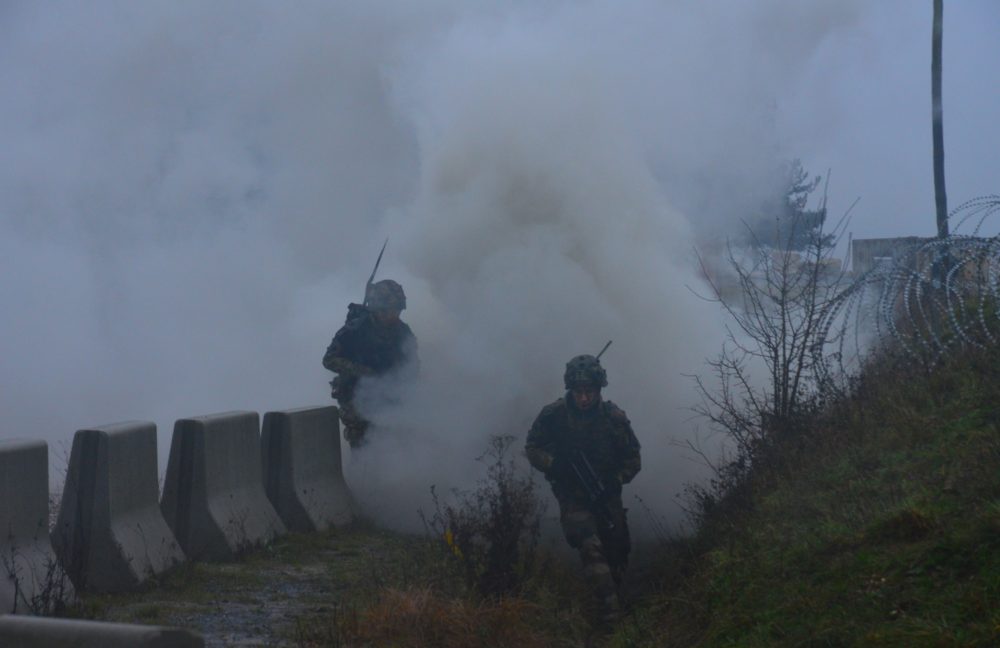 Whilst in France, we also got the chance to go on a battlefield study to a World War Two site called Bastogne. Known as ‘The Battle of the Bulge’, these actions were made famous by the television programme ‘Band of Brothers’ that we watched before going to visit the site. It was amazing to see the exact foxholes that had been used by the American paratroopers 75 years ago.

Once we returned to the UK we had a delicious messing prepared by Corporal Rohit and his team. We were very lucky to be served delicious pork and chicken meat cooked over a fire in Nepalese style. The messing was very special for two reasons, one was that it was a great way to reflect on the Exercise and share stories of our experiences.