At the start of this year, 250 Gurkha Signal Squadron deployed to Brunei on Exercise GLOBAL KHUKURI 19. 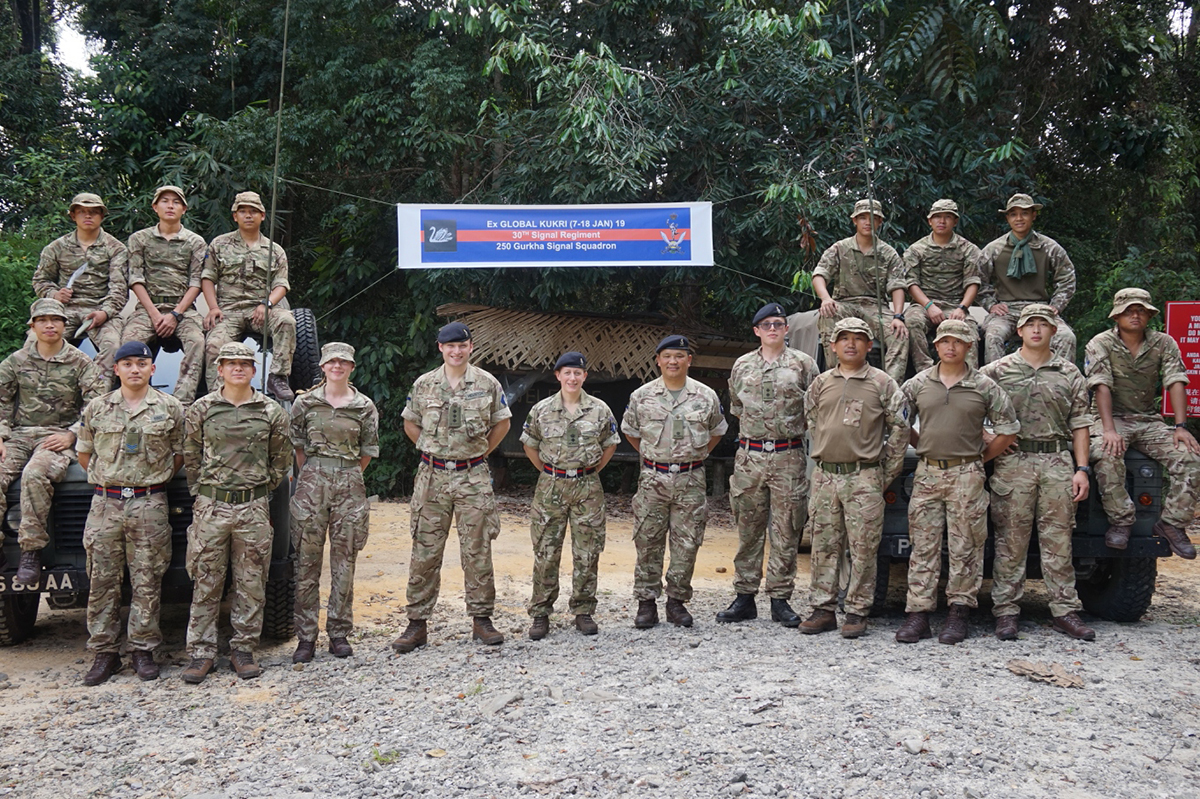 We were accommodated in Medicina lines, with fans rather than air conditioners and, as night fell, we hoped it would get cooler. However, the temperature stayed somewhat constant and the fans only blew the hot air around.

Next day we visited Tuker Lines where 2 Royal Gurkha Rifles are located and the exercise phase was to start on the following day, so we prepared ourselves accordingly. The main objectives of the exercise was to demonstrate the capacity to deploy to the tropical jungles of Brunei, survive, and test and trial Legacy Blue Sustain equipment (LBS) in the field for the first time. 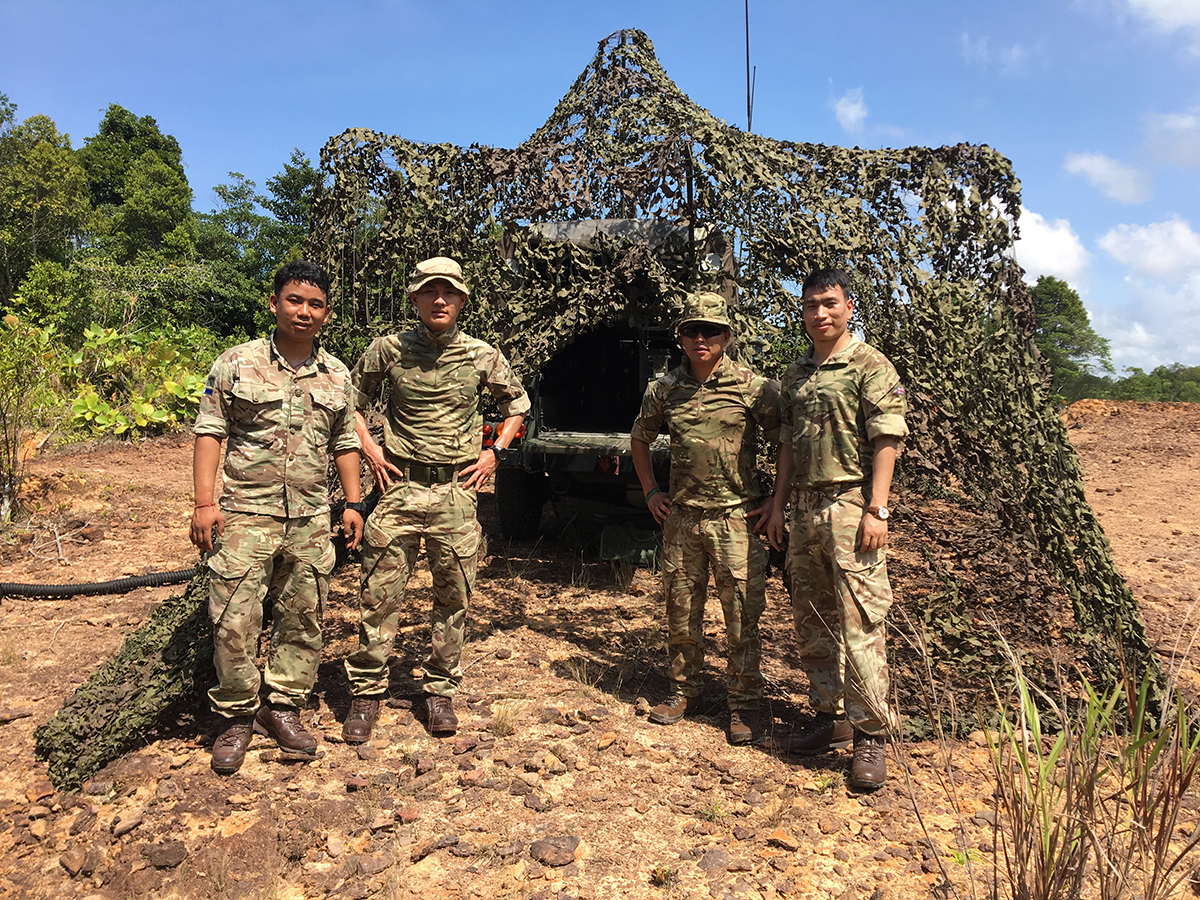 The exercise was divided into two main parts: Bowman and LBS. As the LBS crew set themselves up in Brunei Signals Troop (BST)’s restroom, the Bowman group, led by Corporal (Cpl) Hemanta Nembang, deployed to Training Area C. For the next four days, we deployed to the exercise location every morning, trained throughout the day and recovered every evening.

We were honoured with the opportunity to welcome Commander Queen’s Gurkha Signals (QG SIGNALS), Lieutenant Colonel Stoy, and Gurkha Major QG SIGNALS, Major Dhirbahadur Pun Saheb, from 30 Signal Regiment to our exercise. They were given a short introduction on LBS and then taken to Training Area C, where they observed the boys utilising their knowledge and experience. After a quick lunch, they observed lessons on model-making by Corporal Yogesh Gurung and Battlefield Casualty Drill by Lance Corporal Ella Caruthers. After spending the time out in the jungle, everyone was pleased to be heading back.

Over the last few days in the jungle, we were also able to undertake a few lessons on ‘Survival in the Jungle’. It consisted of collecting clean water, making shelter and food consumption in the jungle.

The 16th of January was a cultural-visit day. We first visited the Royal Regalia Museum, where we witnessed the history of all the rulers of the country and we also saw a range of gifts presented to Brunei from other countries. This was followed by a short visit to Omar Ali Saifuddien Mosque. We set out for a boat ride on the Brunei river and along the river we were able to see more of the dense jungle, Proboscis monkeys and the village of Kampong Ayer. The unique thing about that village was that it is built over the river where the buildings are made on top of stilts and it has everything to make it self-sufficient, even schools and hotels.