On 13th July 2019, 14 personnel from the Quartermaster’s Department, 36 Engineer Regiment deployed to Belgium to conduct a battlefield study.

The first stop was the Canadian War Memorial where Lance Corporal (LCpl) Gajendra Rai delivered a short lecture about its historical significance; especially notable as the troops in the area were the first to be subjected (officially) to chemical warfare. Then, we headed towards Hill 60, where LCpl Top Gurung delivered his presentation. The fact that opposing soldiers were fighting in such close proximity (10m) really brought it home about the state of warfare during that campaign.

We swiftly moved on to Ypres town centre, where the famous war memorial Menin Gate is located. Corporal Brown’s presentation was about the Menin Gate and it was one of the most interesting and memorable places I’ve had the privilege to visit. Fallen soldiers are still remembered by laying a wreath every evening. 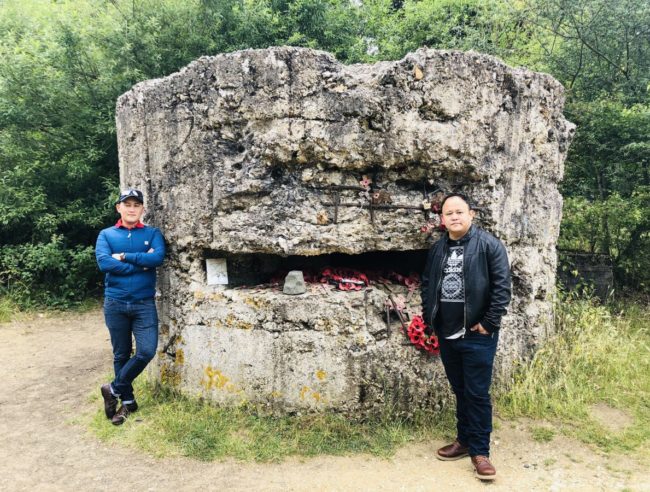 Once the presentation was completed, we waited for the RBLI Cycling team, with Captain Rajen and Warrant Officer Class One (Regimental Quartermaster Sergeant) Donnelly RE being members of the regiment taking part in the ride which had begun in Aylesford, Kent on Thursday 18th July. After this , we had a chance to explore Ypres town centre before attending the parade at Menin Gate at 2000hrs and laying a wreath on behalf of the Regiment.

The following morning, our visit took us to Tyne Cot Cemetery which is the largest Commonwealth War Graves cemetery; resting place to over 11,900 British servicemen from the First World War. The MTWO delivered his presentation and then we moved to Brandhoek Cemetery where LCpl Kismat Gurung delivered his presentation, with a focus on Captain Noel Chavasse (Royal Army Medical Corps) VC and Bar MC MiD and his heroics during the battle for Ypres.

I was able to gain a huge insight in to how the battle played out and am already looking forward to future battlefield study trips.