The journey for 247 Gurkha Signal Squadron began with the Malayan Emergency in October 1951.

The exercise was conducted from January to April 2019 with three main objectives; to test the viability of Raz Madrakah training area, enhance defence engagement with the Sultanate of Oman Armed Forces and trial new equipment in austere conditions. The exercise involved the Royal Tank Regiment Battle Group and a Company from the Mercian Battle Group as the exercising troops. 247 Gurkha Signal Squadron were responsible for delivering a robust and resilient Information and Communication Services (ICS) to 22 Field Hospital as part of the Joint Expeditionary Force (JEF), Role Two Field Hospital deployment. 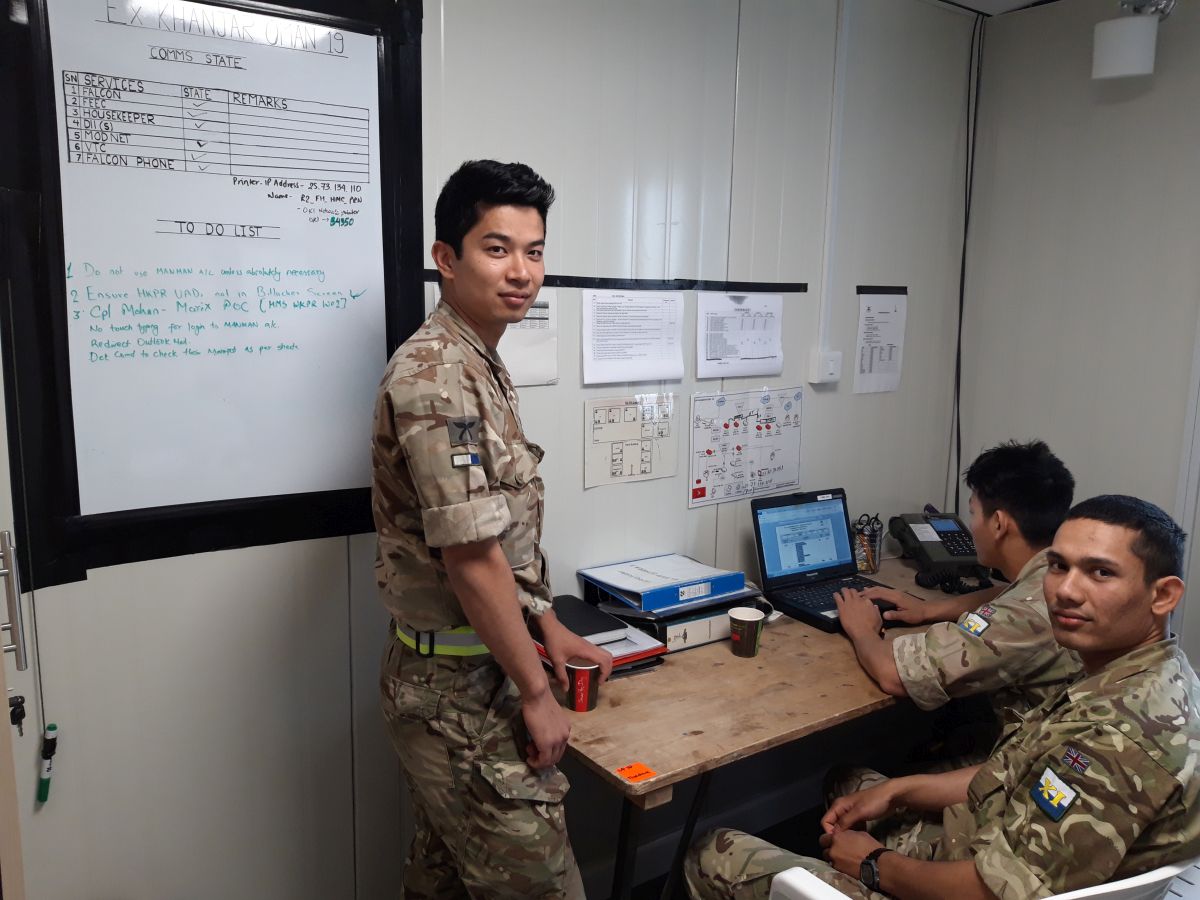 The exercise started with the deployment of a small advance party to take over the JEF Field Hospital role and its associated ICS equipment from 30 Signal Regiment at the end of Exercise SAIF SERIA 3.  On completion of the handover/takeover, the team from 247 Gurkha Signal Squadron then relocated to Joint Support Logistic Base (JLSB), Duqm.

The Network Engineering Room was re-established and the link was successfully re-engineered back to the UK. With the arrival of the main body in January 2019, the team were complete and eagerly awaiting the staff users. Once the Role 2 Hospital was established within the JLSB, the ICS equipment was laid out as per Information Exchange Request (IER). The ICS services were provided in the form of secure voice and data which enabled staff users to communicate within the training area for daily tasking and provided essential reach back to the UK, which at times proved to be crucial with compassionate cases.  The services were utilised by staff users at full capacity for the benefit of the exercise.  The exercise ended at the end of March and thereafter we started tearing down our detachment.  Although preparing to manifest the ICS equipment was much more laborious than I had thought, we managed to successfully complete the process, manifest the equipment and subsequently recovered back to UK in April.

The exercise proved to be a huge success for the newly formed Squadron, with soldiers of all ranks having gained valuable knowledge and experience.  Additionally, the exemplary service during the exercise was recognised with the deployed Commanding Officer awarding Commander’s Coin to two of our soldiers, Corporal Mohan Gurung and Lance Corporal Sekhar Gurung.