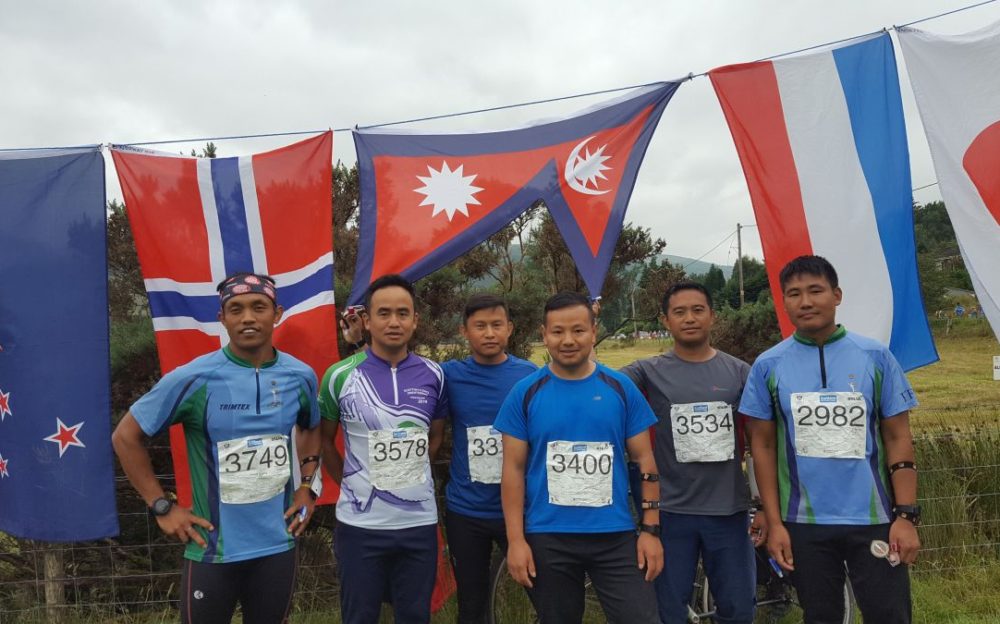 On Saturday 27th July 2019, 12 members of the Royal Corps of Signals including a number of Gurkhas from the Queen's Gurkha Signals, gathered at Barry Buddon Training Camp to start, Exercise MERCURY COMPASS; a week-long Corps Orienteering training camp.

The exercise was coordinated by Staff Sergeant (Foreman of Signals) Chaitanya Ljam with the aim of taking advantage of a brilliant training opportunity for Royal Signals Orienteers and to identify and develop current and future orienteering talents within the Corps.

This time the teams targeted training ground was the Scottish 6 Days, the largest orienteering event in the UK.  First held in 1977, this biennial event takes place in a different area of Scotland each time attracting over 3500 competitors. This year the event took place in the Strathearn area of Perthshire. The event incorporated individual run events at six different venues (Auchingarrich, Edinchip, Dundurn and Cnoc a Mhadaidh, Culteuchar and Dron, Craig a Barns and Grandtully) with different categories and courses to compete in.

Each day the team deployed to the orienteering venue, competed in their respective category races and recovered back to the Camp. An informal race analysis session was held each evening where experiences and ideas were shared. Race days provided a variety of challenges to the team, with some races being long and physically demanding whereas others were short, technical and mentally taxing.

Arguably for most of the individuals the very first day at Auchingarrich was the toughest, as most of its area was forested and the terrain was difficult to navigate. At the end of the exercise, prizes were awarded to the overall best male, and the best novice by calculating their total race times; the awards were won by Sergeant Bir and Lance Corporal Anish respectively. The cup for the overall best sprint was jointly won by Captain Ashok and Lance Corporal Anish.

As the saying goes – “Train hard, fight easy”, the Scottish terrain consisting of woodlands, rough lands, crags, marshes and up to 500m climbs, provided an unique training experience for the team. With the Corps, Inter-Corps and various other competitions soon approaching for the Corps orienteers, Exercise MERCURY COMPASS provided an ideal training opportunity for the experienced and novice competitors alike to hone their orienteering skills for the challenges ahead.