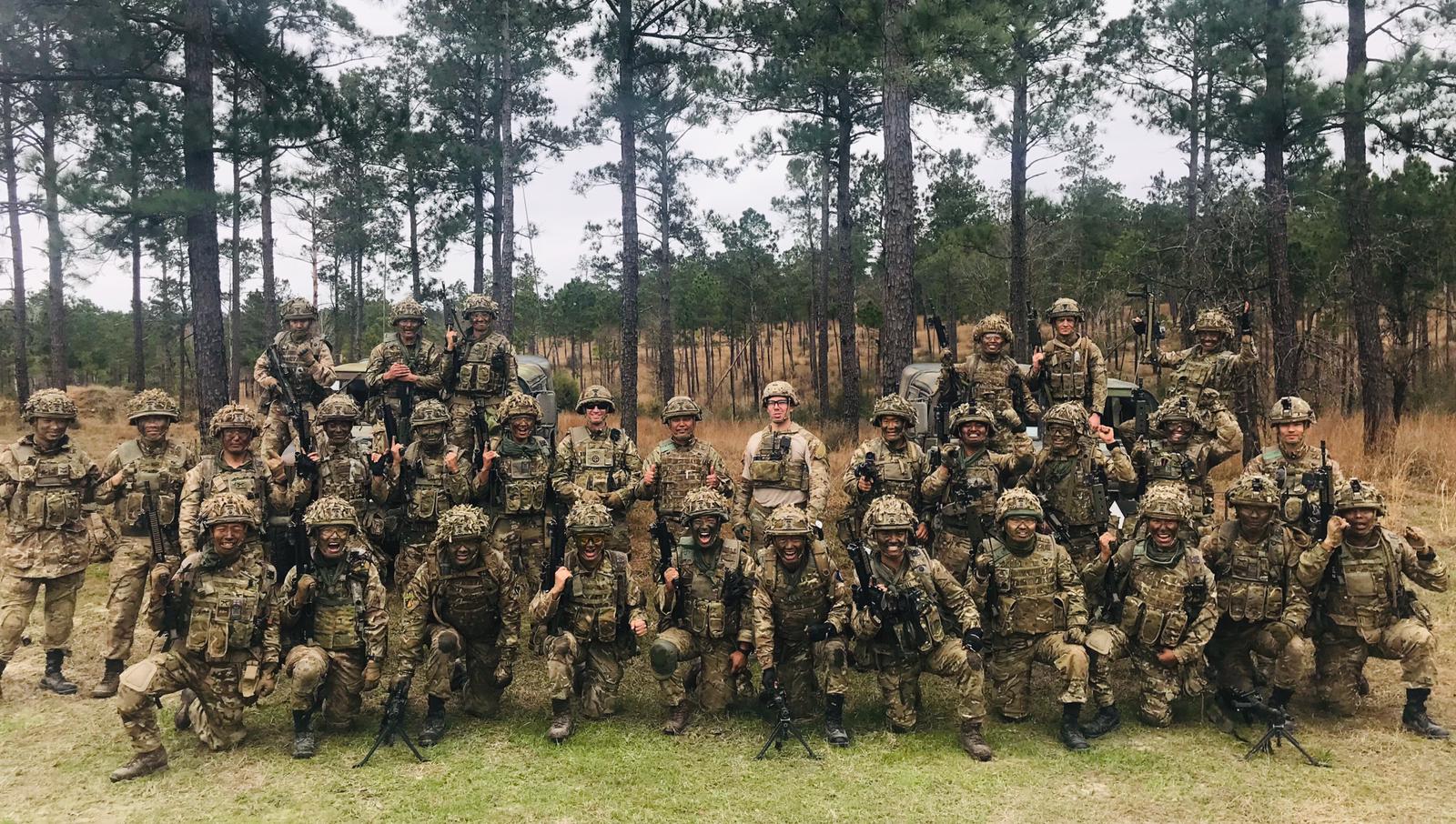 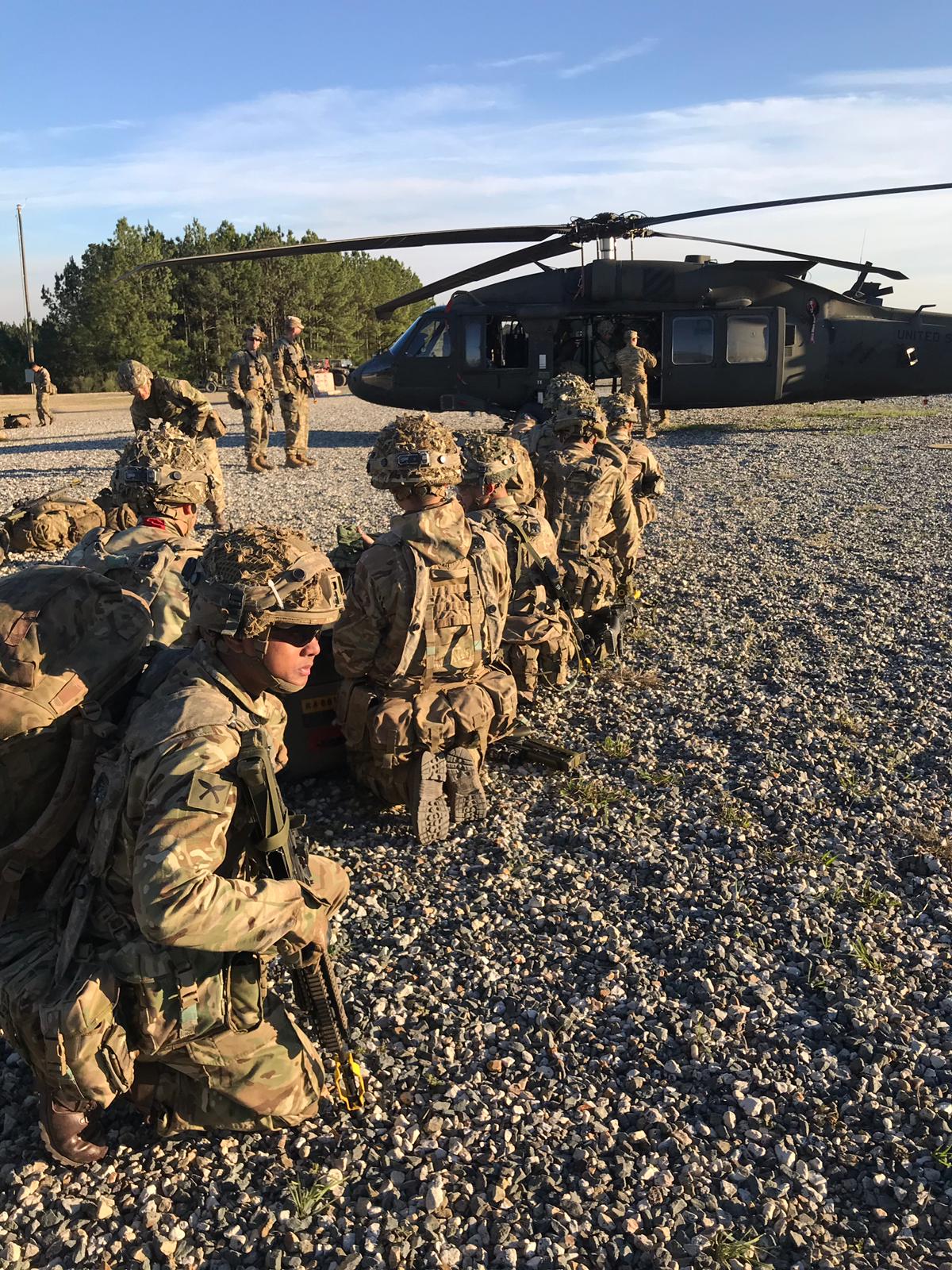 Before the month-long deployment to the USA, there were a series of pre-deployment training exercises in the UK.

Phase One – The Battalion conducted an All Arms ‘’Jungle Training Exercise’’ in Swynnerton Training Area led by Close Support Troop for a week. This covered basic Infantry skills and drills and how to sustain yourself and survive in jungle warfare with minimum kit and equipment.

Phase Two – This was a ‘’Mission Specific Training’’ exercise which was held in Brecon, where soldiers were tested on both enabling and offensive operations. It was focused on an injection of low-level individual, section and Platoon jungle tactics and routine, focusing especially on the recce role. The Infantry Platoon successfully conducted Section Break Contact Drills, Close Target Reconnaissance and Long Operations training.

Phase Three –  The Live Firing and Tactical Training phase was also conducted in Brecon for a week. This phase was an outstanding chance for junior and corps-unit soldiers to develop their Platoon level skills particularly with the use of night fighting equipment and sights.

On arrival there was a two-week Reception package, and during this period we had synchronisation training with American tactics and equipment. After this they deployed for a three-day Live Firing and Tactical Training package which was a part of combined arms manoeuvre with artillery, tanks and air. Immediately after live firing, the main exercise started.

The task was to conduct the Close Target Reconnaissance on enemy forces and provide live feedback to Company Headquarters, whilst at the same time calling in fire missions on the Enemy’s high value targets. Although not familiar with the new ground and terrain, the Gurkhas’ natural jungle instinct learnt from Nepal, and the RGRs’ soldiers experience from Brunei, enabled them to infiltrate and destroy some key enemy assets. 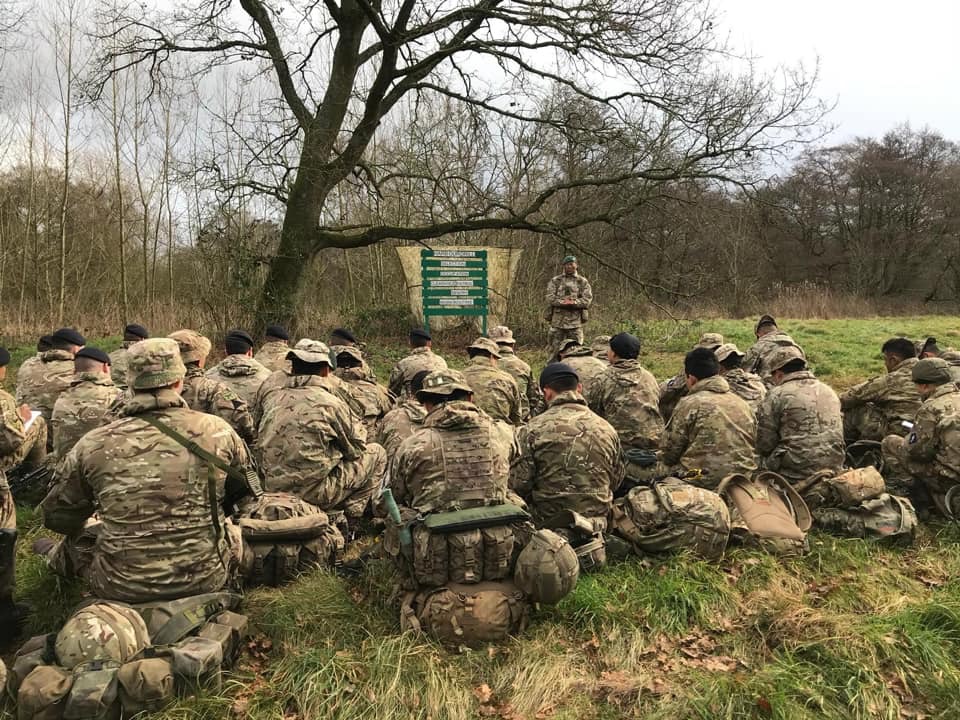 During the exercise, all troops from Recon Company of 1-33 Cavalry were wiped out by the opposing force, known as ‘the Geronimo’, except for “the Gurkha Platoon”, who then proceeded to continue to influence the battle throughout. 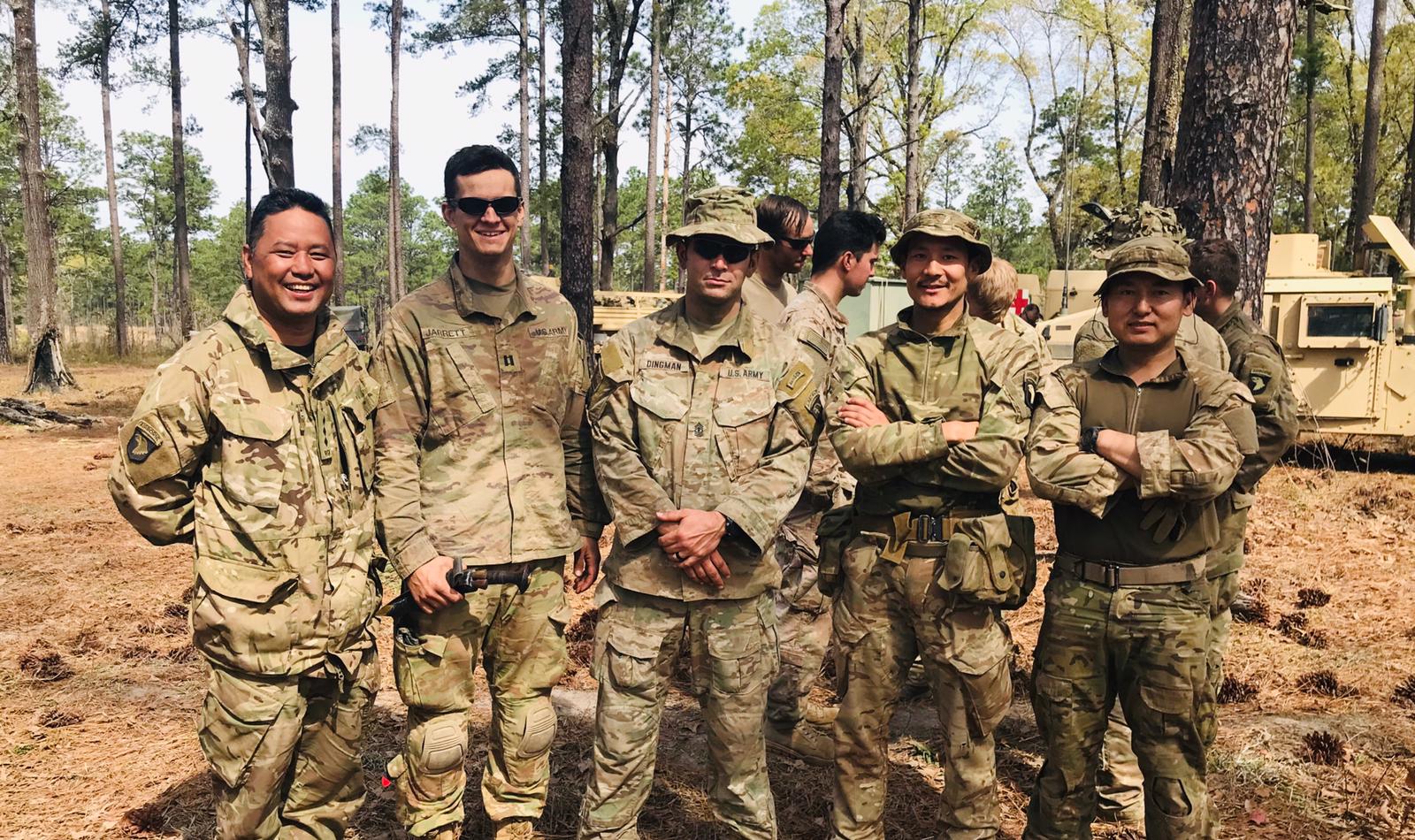 The exercise was a great opportunity for the team to enhance their knowledge and skills and integrate US tactics. Similarly the American counterparts were also keen to know about how the British Army functions within the operational environment.