It is here that soldiers are trained and prepared to deploy at short notice into an uncertain world. A troop from 69 Gurkha Field Squadron deployed on Exercise RATTLESNAKE 2021 in support of the Irish Guard’s Battlegroup (IG BG).

The 3rd Brigade Combat Team, 101st Airborne, made up of components of UK and US forces worked together on mission sets to secure objectives. The ultimate aim was to defeat the infamous OPFOR, GERONIMO, who have a very strong track record on this training area. Also known as G-MEN, their sole purpose is to make life difficult for exercising troops and behave like a real near peer enemy. The exercise was divided into four phases:

As military engineers our role was to provide close support engineering to the guardsmen and rangers of the Battlegroup. Mobility tasks included clearing routes through minefields and wire obstacles to allow smooth manoeuvre of troops. Furthermore, counter mobility support included creating obstacles on MSR, explosive method of entry (EMOE) support to breach doors and walls whilst also offering infantry support to ambushes, Vehicle Check Points and security. Preparation for the exercise commenced immediately following Exercise Wessex Storm. Thus, our Combat Engineering knowledge was well polished; however, there was plenty of work to be done preparing the G1098 stores to be sent as Freight.

Originally, we were set to deploy on 26th August 2021 but due to Operation PITTING in Afghanistan our flight was rescheduled many times. Finally on 8th September 2021, we landed in the USA. It had taken almost 13 hours from Gatwick to Houston and then Houston to Alexandria Airport. During that time, we began mixing with the Guardsmen, who we were soon to be working with in the field. Louisiana welcomed us with heat and humidity. From the 9th to 16th October 2021, we undertook an acclimatisation package. During that period, we conducted endurance tabs and attended various exercise briefs. We were educated on the flora and fauna, terrain, strength, and capabilities of the enemy. The most interesting part was practicing our helicopter drills; the proper way to get in and out of chinooks and Black Hawks. 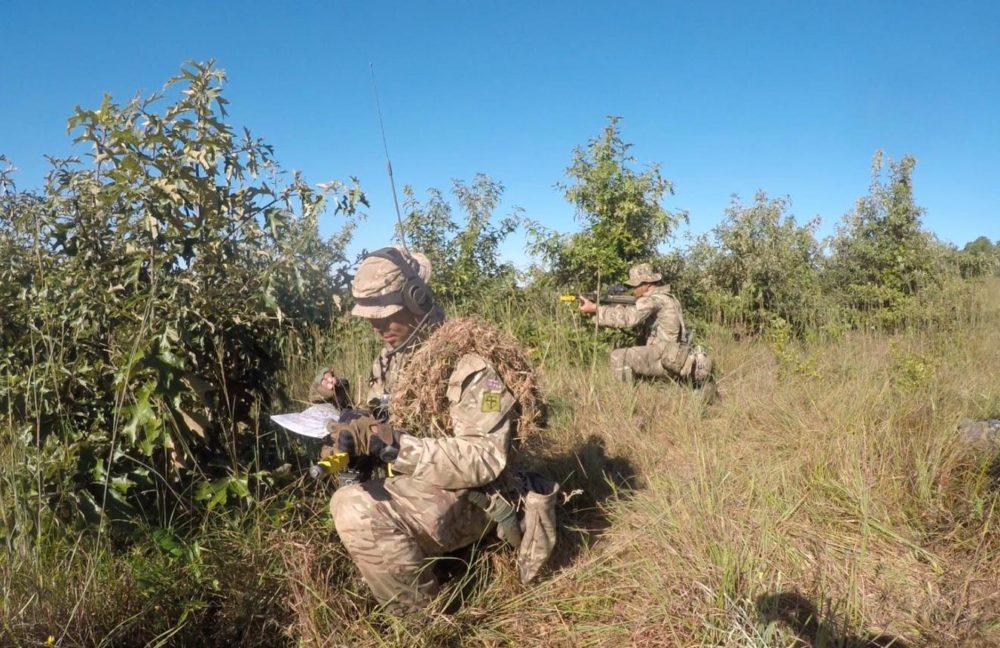 We had hoped to deploy on the 18th October into the field but due to Hurricane Nicholas, the aircraft were unable to operate, so a 24hrs delay was imposed. On the 19th, we were dropped off by Chinook helicopters. During the occupation phase, each Section was attached to a different Company in the IG BG. Our mission was to occupy key strategic objectives. After a 48hrs Battlegroup pause due to heat casualties, we were back in business. We left our harbour to establish a defensive line in close proximity to enemy territory. The journey proved most adventurous; in the dark, through the jungle, drenching rain, lightning, and thunderstorms. Unfortunately, our supply vehicle was not able to deliver the engineer stores on time due to persistent enemy activity. We were forced to improvise using the local resources. On one occasion, we had no ropes or wires to complete the knife rests. However, we came up with a brilliant idea of making ropes using twine with primitive technology which worked better than expected. The following day, we established a dug in defensive position with knife rests and abatis in place to block the road.

Later that day, we were attacked multiple times by the GERONIMO with heavy weaponry. They arrived in platoon strength and certainly lived up to their name. Much of D Company were wiped out, so we were utilised as an echelon force to reinforce the front line. We managed to hold the position but shortly afterwards bugged out having exposed our position to the enemy. In the evening, we set an ambush, bringing the enemy into the killing area by creating a road obstacle. It was quite a fire fight!

The next phase was the final attack. Our objective was to defeat the enemy in an urban centre. No one in the history of the exercise has managed to conquer this stronghold. In the past, the Brigade had either been defeated before reaching the Forming Up Point or simply didn’t have the manpower remaining to fight the battle. The Company Commander decided to distribute his force into small teams and take different routes to the assembly point. This would increase the chance of survival. As planned, we were to fly to HLS Crow by Black Hawk. Just before lift-off, HLS Crow was attacked by the enemy forces and hence the aviation was unable to land. We switched to plan ‘B’ which was a road move. As dawn broke, we were set to depart, but sadly the final attack had to be called off due to more extreme thunderstorms.  The last phase was the LFTT where one Section from the troop worked alongside a US Engineer Squad to provide obstacle breaching expertise. This involved using Bangalore Torpedoes and was an excellent opportunity to understand the similarities and differences between each other’s tactics and engineering equipment. 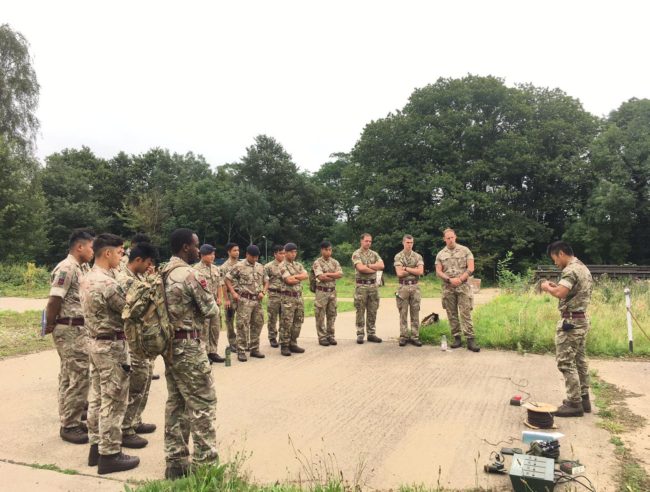 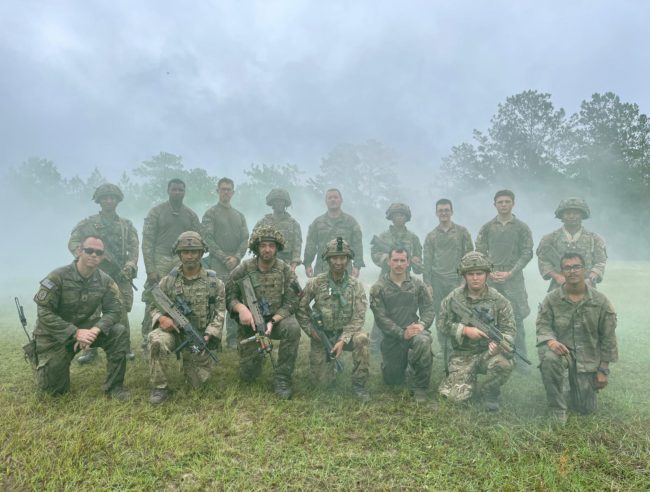 On completion of the exercise, we spent three days in Dallas, Texas, enjoying some well-deserved downtime following a long testing exercise. We flew back to the UK on 10th October 2021. Exercise RATTLESNAKE 2021 provided a unique opportunity to understand how a BG operates in a Brigade context. In addition, we learnt to administrate ourselves in a challenging environment, which in turn bonded us as a team. Finally, this exercise helped improve our interoperability with our allies, whilst polishing both combat engineering and infantry skills, ready for future operations.