Over the last few weeks A Company 1 Royal Gurkha Rifles (RGR) have been in the Balkans. On arrival at Zagreb International Airport, unsuspecting tourists were seemingly aghast at the array of soldiers, equipment and vehicles that represented a fraction of the military footprint that comprised North Atlantic Treaty Organisation (NATO)’s premier multinational exercise. 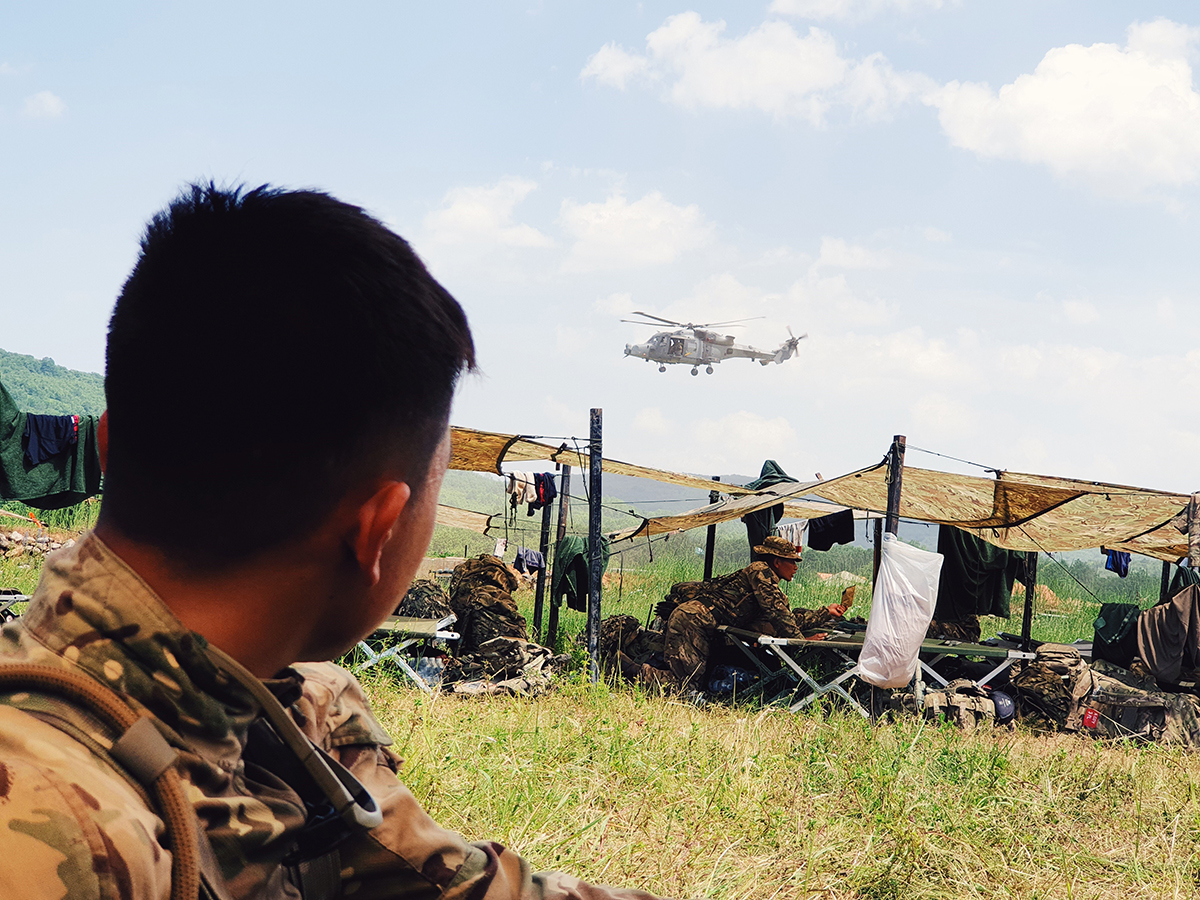 A Company 1 RGR have been working alongside the 3 Parachute (PARA) Regiment Battlegroup (BG) for the last 18 months so were straight into a week of ‘in-theatre training’ to help acclimatise to the notable heat of the Croatian summer and to conduct battle prep for the upcoming missions. This included night training, building clearances and Company-level advance to contacts.

On conclusion of this training, the BG moved to a staging location and on orders from 16 Air Assault Brigade Headquarters (HQ) we began to prepare for a night mission to secure Ubdina airfield. A Company were the first boots on the ground as we inserted in several waves of aviation to secure the hills overlooking the airstrip to allow British and French paratroopers to land on their respective drop zones.  As the tailgate lowered and Gurkhas streamed out of the Chinook helicopter, it was clear that, contrary to the intelligence brief, the enemy had surrounded the landing zone and we found ourselves under contact from 360 degrees. Regardless, we fought through and regained the initiative by securing several objectives before clearing across dense vegetation to the top of the hill.  Having facilitated the PARA insertion, we subsequently helped to secure the rest of the Area of Operation, combatting a challenging enemy armour threat to ensure the airfield was safe for follow on forces to move in and conduct a rapid air landing. 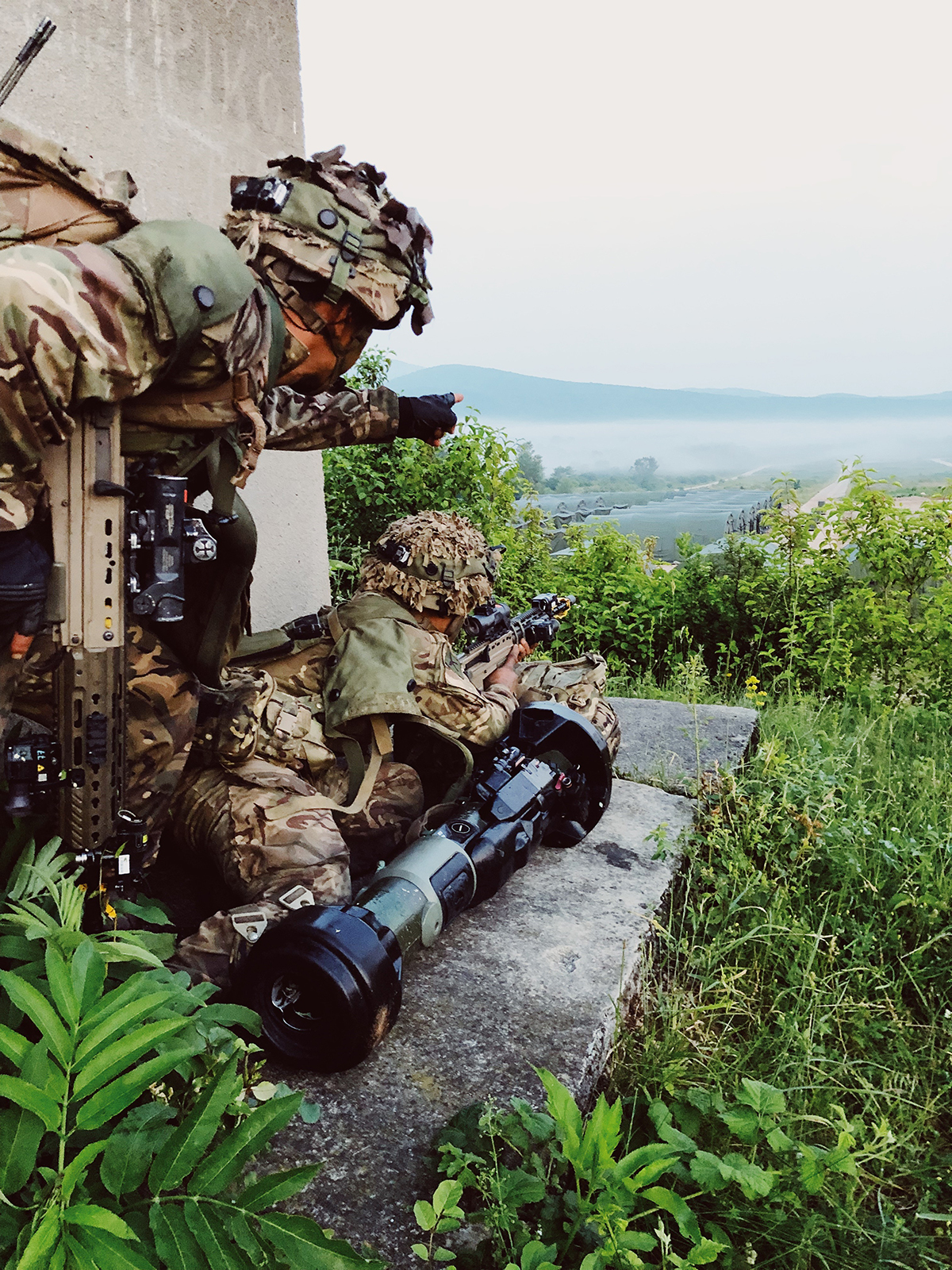 Having successfully delivered a joint theatre entry against a strong enemy, the BG was issued orders to secure a notional train station that represented an important logistical hub for critical national infrastructure. A Company was commended for our efficient clearance of dense woodland, where well-practiced jungle tactics proved invaluable.  The final mission saw the BG move to a mountainous region near the border with Bosnia, tasked with flushing the enemy out of Croatia and cementing NATO’s foothold in the region. Guided by 3 PARA Patrols Platoon, A Company conquered some extremely testing high ground where the Riflemen surpassed expectations by effortlessly navigating boulders and dense vegetation, whilst navigating at night.  After a final skirmish with Croatian armoured vehicles, and with the objective secured, the BG looked to administrate itself after a challenging but thoroughly rewarding exercise. 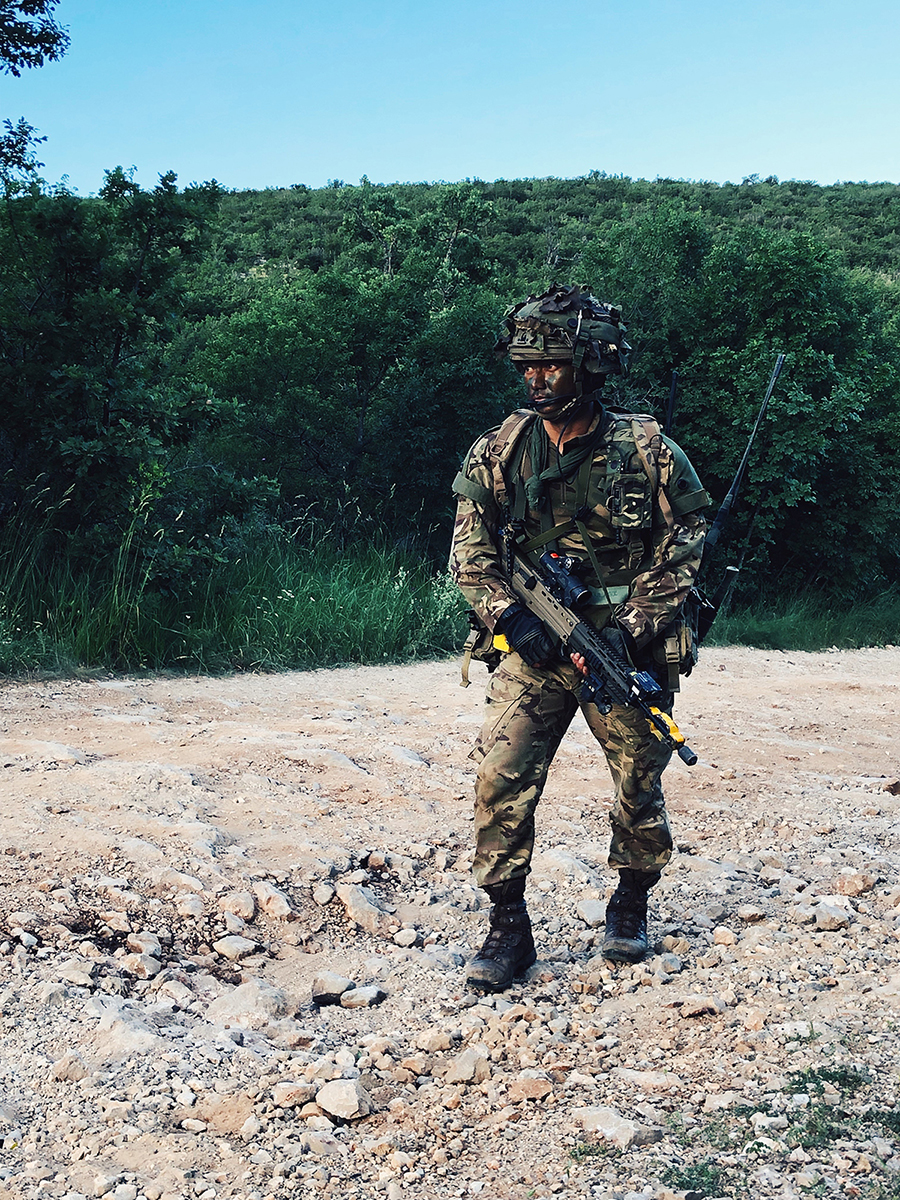 The Company Quarter Master Sergeant ensured a superb evening of messing that was enjoyed by Commanding Officer 3 PARA and other members of BG HQ who all had very kind words to say regarding the performance of A Coy.  Following a couple of days R&R in the stunning Plitvice Lakes National Parks, the Company travelled back to the UK and earnestly begins preparation for our upcoming operational deployment to Bosnia in the Autumn.

Exercise SWIFT RESPONSE proved to be an excellent opportunity for the Company to demonstrate its ability to work as an integral part of the Air Assault Task Force that successfully demonstrated a capability to project force against a peer enemy. The experiences and lessons learnt from this exercise will undoubtedly prove invaluable as 1 RGR assumes the role of 16 Air Assault Brigade’s Air Manoeuvre Battle Group in July.