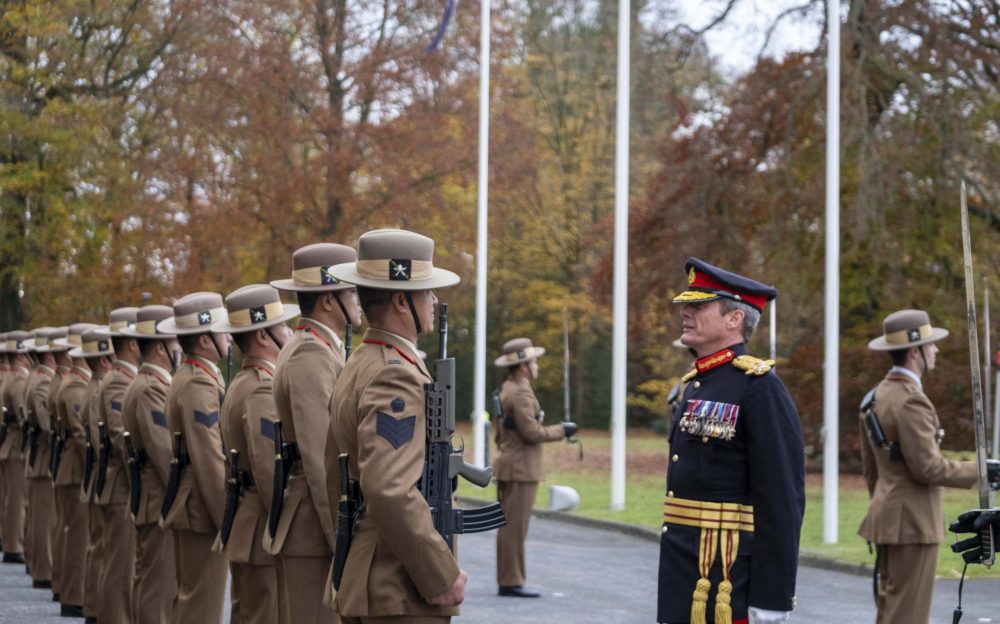 On the 18th of November 2021 a parade was held at Headquarters, Brigade of Gurkhas, Robertson House, RMAS, to mark the formation of F (Falklands) Company. Alongside Coriano Company, it is part of the Army Special Operations Brigade (previously called the Specialised Infantry Group).

F (Falklands) Company is mainly manned by Gurkhas and Gurkha Officers from The Royal Gurkha Rifles but is now part of one of the Ranger Battalions. The last eight months have been spent re-training all ranks to take on their new role including an assessment cadre, coaching techniques, an Overseas Training Exercise in East Africa, foreign weapons training, planning operations and cultural / language training. The Company will deploy teams on operations in the new year across a range of countries. 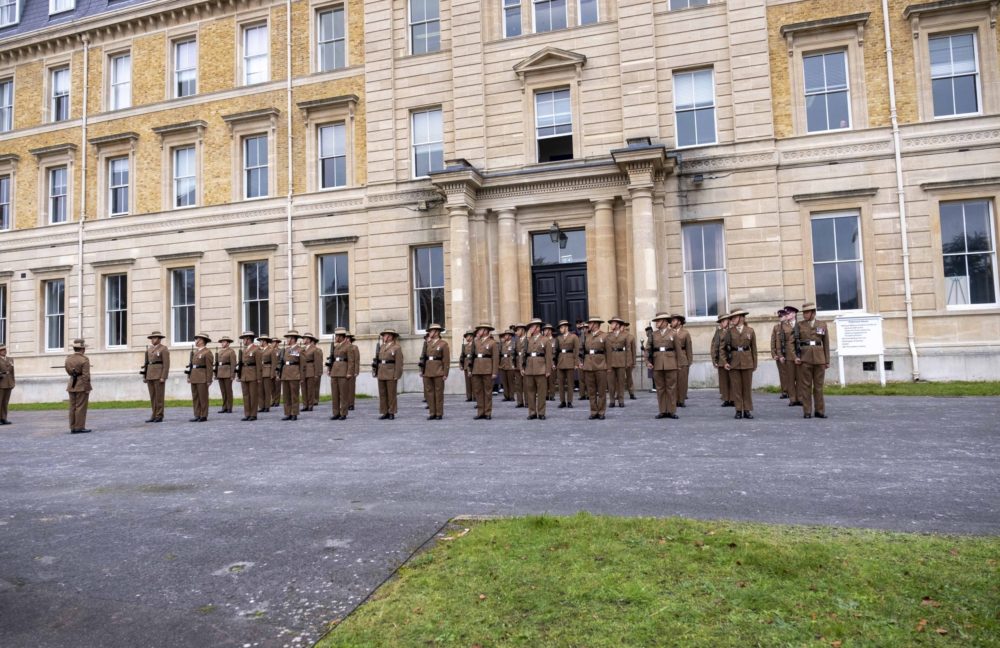 On the 2nd of April 1982 Argentinian troops invaded the Falklands Islands in an attempt to assert sovereignty. The British Government, reacted quickly, assembling a Naval Task Force which set sail within days, with 3 Commando Brigade, reinforced by other units, embarked.  1st Battalion 7th Duke of Edinburgh’s Own Gurkha Rifles (1/7 GR) was part of 5 Infantry Brigade, which would subsequently be added to the Task Force Order of Battle for Operation CORPORATE.

Rapid preparations for departure were made at the battalion’s base at Church Crookham. The press also took the opportunity to take photographs of the Gurkhas preparing to deploy, which was to have unforeseen consequences.  After a 21-day sea voyage the Battalion continued training whilst onboard ship and also celebrated the Battalion’s 80th Birthday, which further served to improve morale.

Upon arriving at the Falkland Islands, the Battalion transferred from the QE2 to the ferry Norland and made their way to San Carlos Bay on the north of the island, landing on the 1st of June. ‘D’ Company was left to defend the landing site, while the remainder of the Battalion was flown south to Goose Green, relieving 2PARA and taking over the guarding of some 500 Argentinian prisoners. Once their prisoners were moved, the Battalion turned to a series of aggressive patrols across Lafonia. ‘D’ Company then joined the rest of the Bn at Fitzroy on the 10th June, and started planning for an attack by 5 Brigade towards Mount Tumbledown and Mount William. As the Battalion moved towards its assembly area for the attack it came under accurate artillery fire. On the 11th of June four members of ‘B’ Company were wounded by shrapnel and had to be evacuated. 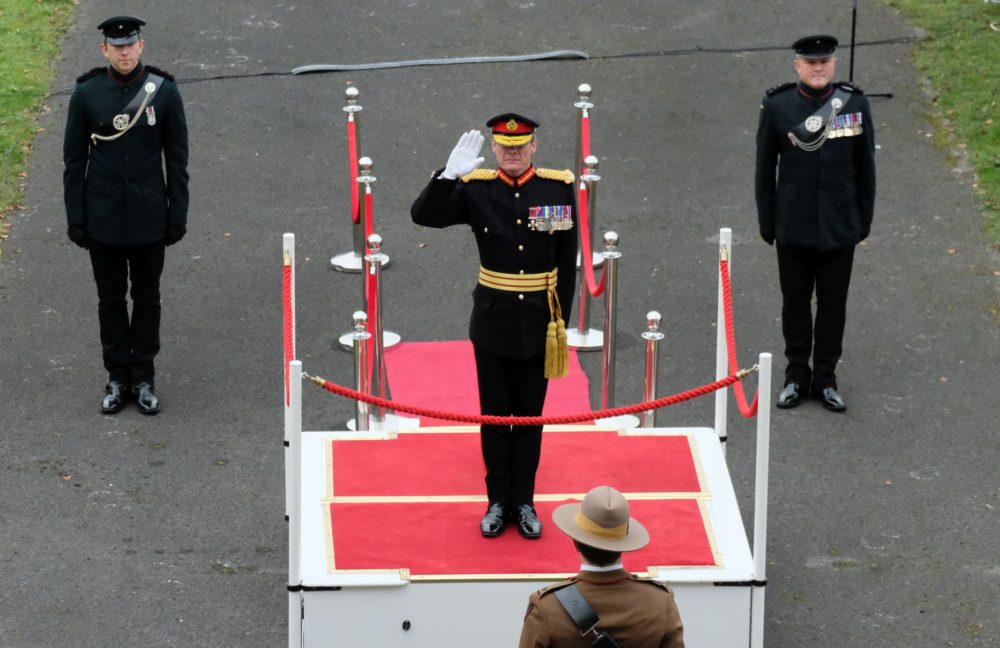 The Battalion was to cooperate with the Scots Guards, moving along a feature known as Goat Ridge to attack and take Mt. William from the north. This attack would have to be completed in darkness and involve moving through areas almost certainly mined.

Unfortunately, delays to the start of the attack meant that it was daylight on the 14th of June before 1/7GR began to move, and they soon came under more Argentinian artillery and mortar fire. The Battalion suffered a further eight casualties, two of which were serious. Despite the delays, mortar fire and occasional accurate sniping from the enemy, D Company began its advance towards its objective of Mount William where a large number of Argentinian soldiers began to surrender to the Scots Guards nearby or instead withdrew rapidly to Port Stanley.

It is believed that the Gurkhas’ reputation had caused panic in the enemy when they realised who they were facing. All Argentinian forces on the Falklands surrendered later that day.

Sadly, on the 24th of June the Battalion’s only fatality, Lance-Corporal Budhaprasad Limbu, was killed after his spade struck an active grenade during work to clear the former battlefield. It stands as one of the last major conflicts in which one of the original four Gurkha Regiments took part in prior to their amalgamation into The Royal Gurkha Rifles in 1994. Today the Royal Gurkha Rifles continues to commemorate the involvement of Gurkha soldiers in the Falklands with the presence of ‘F (Falklands) Company’ in 2 PWRR.