On the 10th October key staff from the Family Support Unit at Headquarters Regional Command visited the Headquarters Brigade of Gurkhas for a brief and discussion on Gurkha family issues. 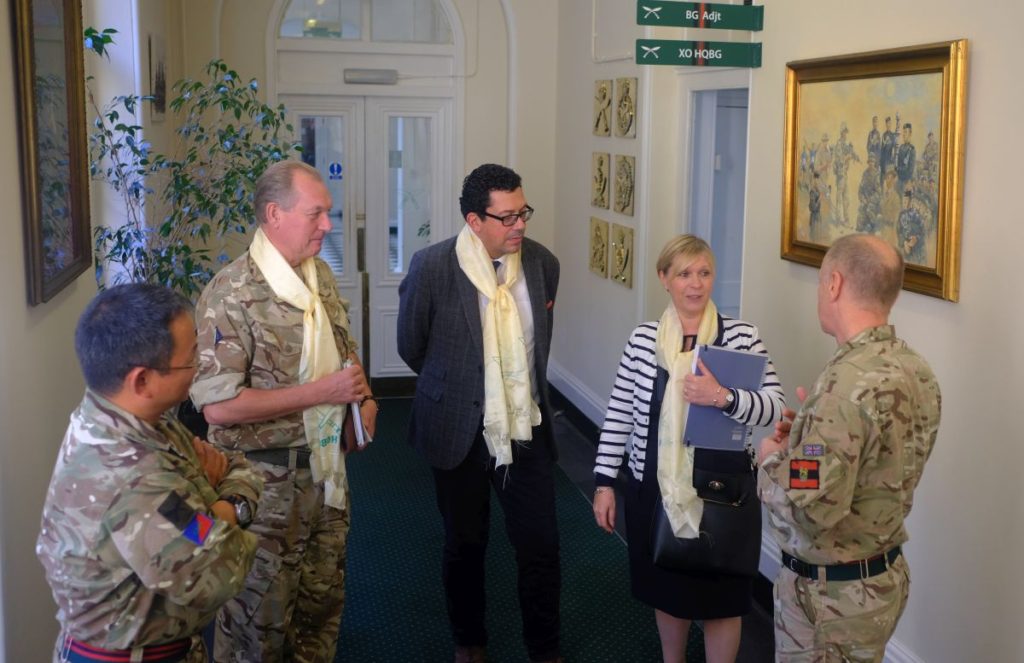 They were greeted by the Colonel Brigade of Gurkhas, (Colonel James Robinson) and Deputy Chief of Staff (Major Naren Gurung) in the traditional Nepalese style. A brief introduction was delivered by the Colonel and he gave explanations on some of the many Gurkha photographs and paintings around the corridors of the Headquarters Brigade of Gurkhas in Robertson House at the Royal Military Academy Sandhurst. 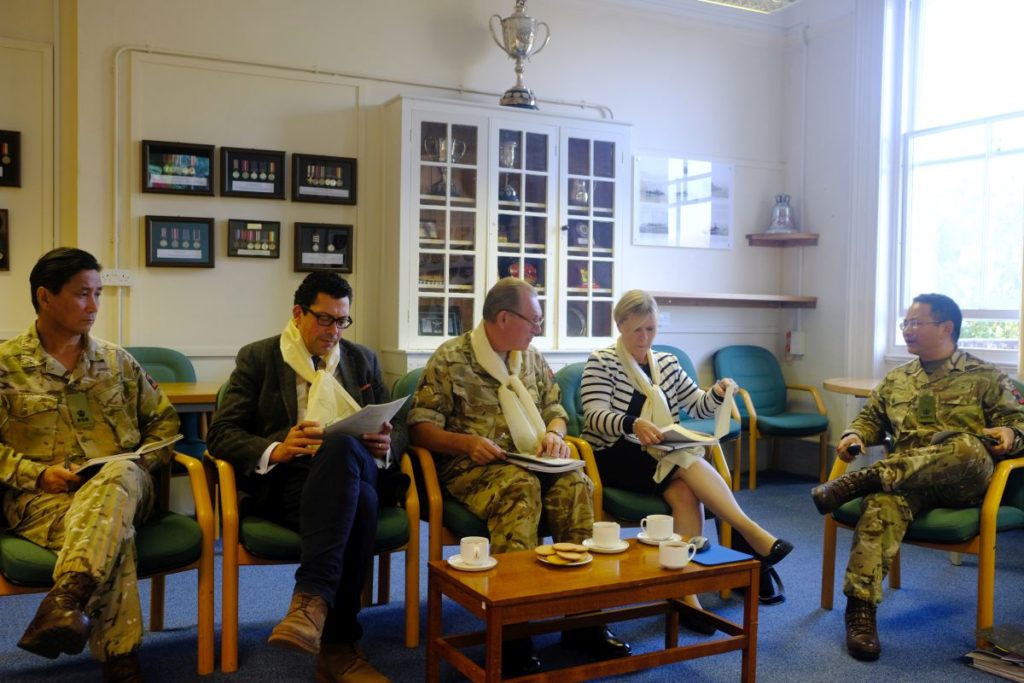 The Deputy Chief of Staff then delivered a brief about the Gurkhas and Nepal. Discussions were then held about Gurkha family issues. We hope the Family Support Unit found the visit useful and informative and it will go someway in helping them understand Gurkha culture and issues for service in the British Army.