On the 30th August 2018 Training Support Company (TSC) based in Warminster held a parade to mark their official new name. The new name of the company is, Gurkha Company (Tavoleto) Warminster.

Training Support Company is part of the Specialist Weapons School at the Land Warfare Centre and its primary role is to support the training and courses run by the Land Warfare Centre.  Over the next two years, and part of the Brigade of Gurkha’s growth, the TSC will become almost entirely manned by Gurkha Soldiers from across all capbadges.  In recognition of this unit has been redesignated as “Gurkha Company” and been honoured with the name “Tavoleto”, the Battle Honour awarded to 7th Duke of Edinburgh’s Own Gurkha Rifles following their actions in Italy in World War II. 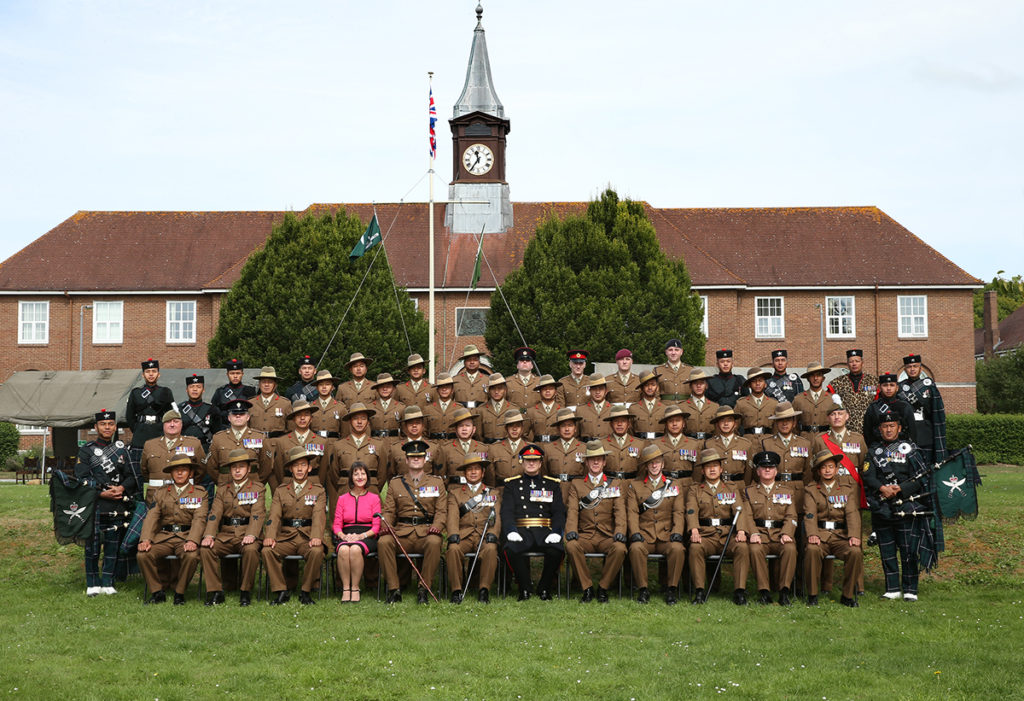 The parade was held in front of the Headquarters Land Warfare Centre and the Inspecting Officer was Major General Paul Nanson CBE. He inspected the Gurkhas on parade and took time to speak with each one as they stood proudly on the square.  During his speech he thanked the Gurkhas for the continued important contribution to the work of the British Army around the world. Other guests included; the Royal Gurkha Rifles Regimental Colonel (Brigadier Gerald Strickland, DSO MBE) and the Colonel Brigade of Gurkhas (Colonel James Robinson). The Pipes and Drums from 1 Royal Gurkha Rifles supplied musical support for the parade.

After the parade a lunch was held where the guests, soldiers and family members enjoyed a Gurkha style curry and Major General Nanson was presented with a ceremonial Kukuri to mark the occasion.