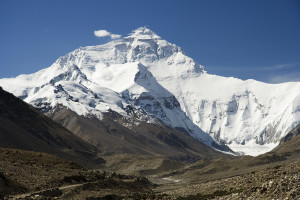 The Brigade of Gurkhas has a long tradition of mountaineering excellence starting from the 1880s, but this has tailed off in recent years due to the pressures of operations.

Notable mountaineers include early Everest pioneers Brigadier Charles Bruce and Lance Naik Tejbir Bura in 1921/22 and Charles Wylie in 1953. In the sixties, seventies and eighties this tradition was continued by Nick Cook GM, Mike Kefford, Kit Spencer, Angphula Sherpa, Khagendra Limbu and Basantakumar Rai and many others. To date, however, no serving Gurkha has reached the summit of Mt. Everest.

To commemorate 200th anniversary of Gurkha service to the Crown, the Brigade of Gurkhas is planning to put a team of Gurkhas on the summit of Mount Everest in 2015. A secondary aim is to draw attention to the fact that Gurkhas have played a significant role in Himalayan exploration over the past 140 years. This is particularly true of the period before 1939. Put simply, before Sherpas there were Gurkhas. However, although several Gurkhas reached above 27,000ft on the 1922 expedition led by Brigadier Charles Bruce, and a further three were part of the successful Army Mountaineering Association expedition to Everest in 1976, a serving Gurkha soldier has never achieved the summit of Everest.
We aim to rectify this.

One of Great Britain’s top mountaineers, Kenton Cool, who has summited Everest 10 times talks to BFBS about the project. Click on the link to listen to the interview Kenton Cool talks to BFBS

Updates on preparation, training and progress are all available at Himalayan Odyssey’s webpage.

You can also see the Forces TV report on the launch and expedition here.