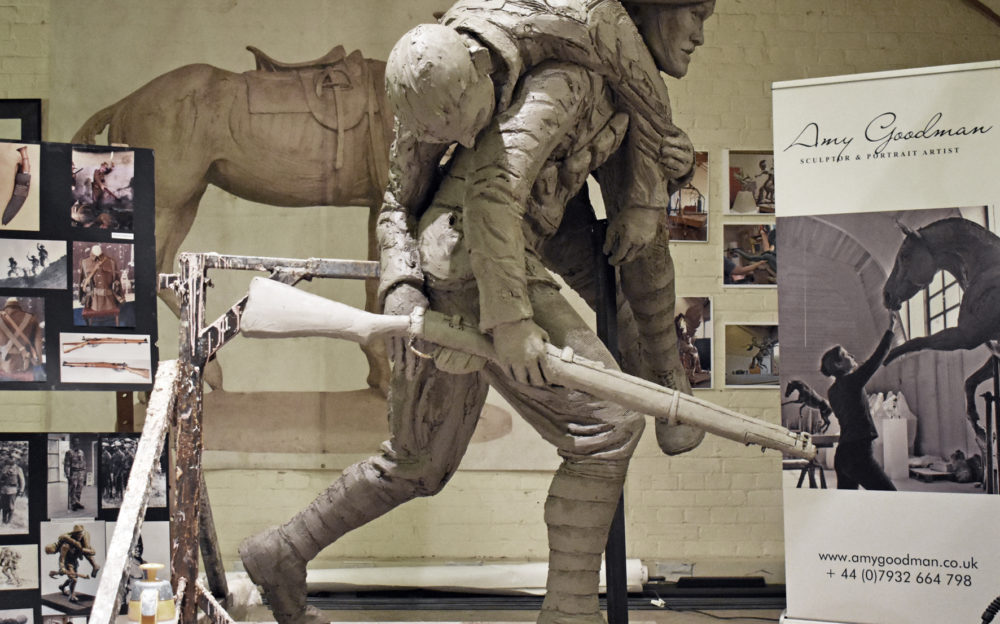 I recently had the privilege to interview Amy Goodman, a talented sculptor and portrait artist who has been commissioned by the Greater Rushmoor Nepali community in Aldershot, supported by the Rushmoor County Council and the Gurkha Brigade Association to create a Gurkha Memorial. Interview By Mr Mick Latter - Head of Communications Brigade of Gurkhas.

The finished statue will be over six feet tall and stand on a plinth in the Princes Gardens, Aldershot, at the opposite end to where ‘The Airborne Soldier’ statue stands which was also created by Amy in 2019.

Amy’s studio is in Hampshire and she has had the honour of sculpting a number of notable public commissions, including the Romsey War Horse, Pegasus and Bellerophon for 16 Air Assault Brigade in Colchester, The Aldershot Airborne Soldier, and the brave military dog, Treo 63DM.

The Gurkha memorial statue will feature World War One (WW1) Victoria Cross (V.C.) recipient, Rifleman Kulbir Thapa Magar VC carrying an English Tommy soldier off the battlefield over his shoulders despite being badly injured himself. This life-size bronze is scheduled to be unveiled towards the end of 2021 and we will be tracking this ongoing work and will bring you coverage of the unveiling later this year.

Amy opened the conversation by saying; ‘It is a privilege to be asked to create this Gurkha memorial statue, which I am currently working on in clay. The final statue will be cast in bronze but working in clay allows me time to not only create the statue but adjust and change elements of it for both the visual side but also to make sure the historical elements are correct. I also went out and purchased a replica WW1 Enfield rifle and secured access to a Khukuri Knife and Gurkha felt hat of the period through the Gurkha Museum to help me make those elements of the statue as accurate as possible. There are only two photographs of Kulbir Thapa, one from his early years and another when he was a much older man, and this has made the project very difficult.” 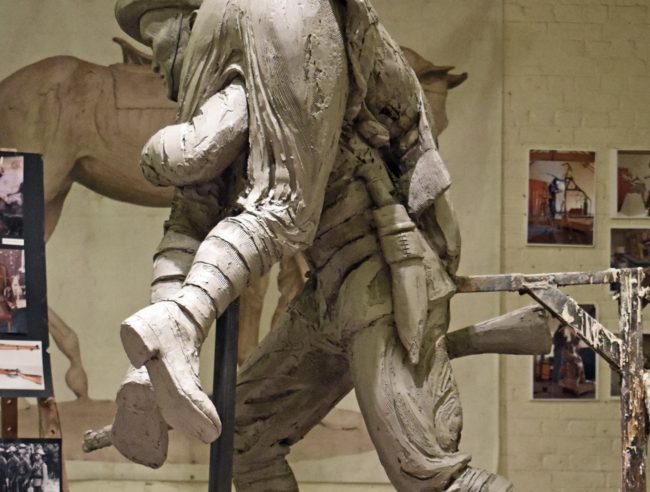 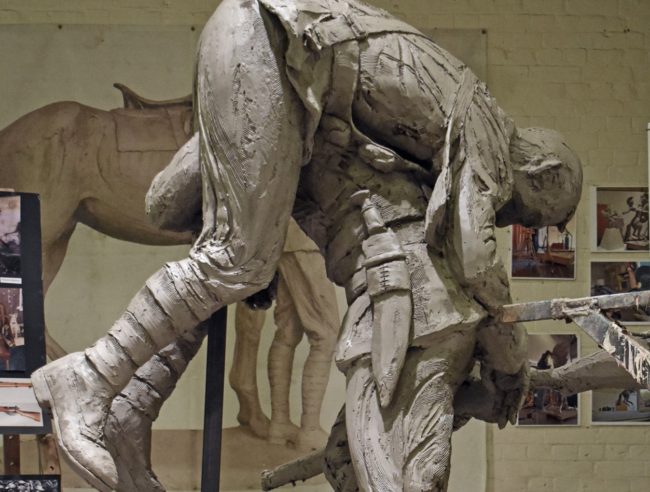 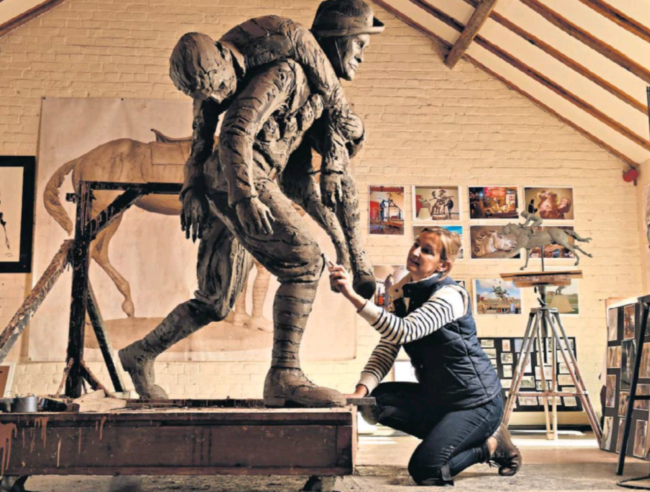 For Amy, the importance is generating something the Gurkha’s and wider community will be proud off, and that the finished statue is as accurate as she can make it. The actual statue will be approximately 12% larger than Kulbir Thapa was in real life. This is required so that when people look up to it, or from a distance, it can be clearly seen to represent a Gurkha and his characteristics. Amy said, “I am working with a committee on the Gurkha memorial project. I like to work closely with clients in a collaborative way, so that we achieve a final piece that everyone is happy with and their meets expectations and requirements.” She added; “When I sculpt, I make sure things are the right size, but I also like to use strong texture, and for bronze and for something this size high up on a large plinth, the texture helps to give drama to the sculpture.”

Our own Gurkha Museum, located in Winchester, have been very helpful along the way in helping Amy define some of the details. The hat that Kulbir Thapa will be seen wearing on the finished statue would probably not have been worn on the front line in WW1, but it represents the Gurkhas and was felt a requirement for this work by the committee. Amy said, “I am now at the stage of working on the cap badges, other insignia and finer details to the clay model. I am finding this work challenging but enjoyable at the same time.” She added, “Prior to reaching this stage we experimented with different poses for the figures but decided the powerful image was one of Kulbir Thapa carrying his injured Tommy to safety, slightly stooped under the weight and strain, with rifle in one hand and Khukuri knife clearly visible on his belt”.

Amy said it is important for her to show the emotion in the face Kulbir Thapa trying to stay as true to the person as she could perceive. She has found this project has pushed her out of her comfort zone but added, “If a project does push me, l like to rise to the challenge. I become obsessed with taking photographs all the time of my work and studying it day and night to see where I need to make changes and improve the work. I also adapt the work to how it will be viewed by the public. In this case, I lay on the floor and look up to it, leading me to exaggerate certain elements such as his chin, so that when it is viewed from the angle most people will see the statue it has the effect as if you were face to face with it at ground level.”

When asked about the placement of this statue Amy stated, “I believe there is a large degree of respect from veterans of the Airborne forces and this Gurkha memorial being placed close to the Airborne Soldier memorial in Aldershot demonstrates this respect. The location should become a place for quiet contemplation and the grounds of the Princess Garden Park where several park benches will be located close to the memorial will allow peace and tranquillity and time to think for all.”

We asked Amy what the hardest part of the sculpture has been? “So far I have found getting the position of the bodies and the expression on Kulbir Thapa’s face so show the pain and determination the hardest elements. Other issues have been the lack of historical information to refer to. I also had to consider how to portray the Khukuri. In a society where knife crime is such a modern issue, the committee and I decided not to make the Khukuri the main stand-out element of the statue, but in the same breath, it had to feature in some way as it is synonymous with the Gurkhas.

Amy hopes that the final memorial, once unveiled in Aldershot in September this year, will achieve the aims of the committee and earn respect from the Gurkha and local community from what she has set out to create. She hopes that from the work people will be able to take away a vision of what it means to be a Gurkha and shows the respect for that many have for the Gurkhas in all they have given serving with and in the British Army for over 200 years.

You can visit Amy’s Website and her Facebook page for updates on this project and her other work.

Watch the update from Amy Goodman on the video below 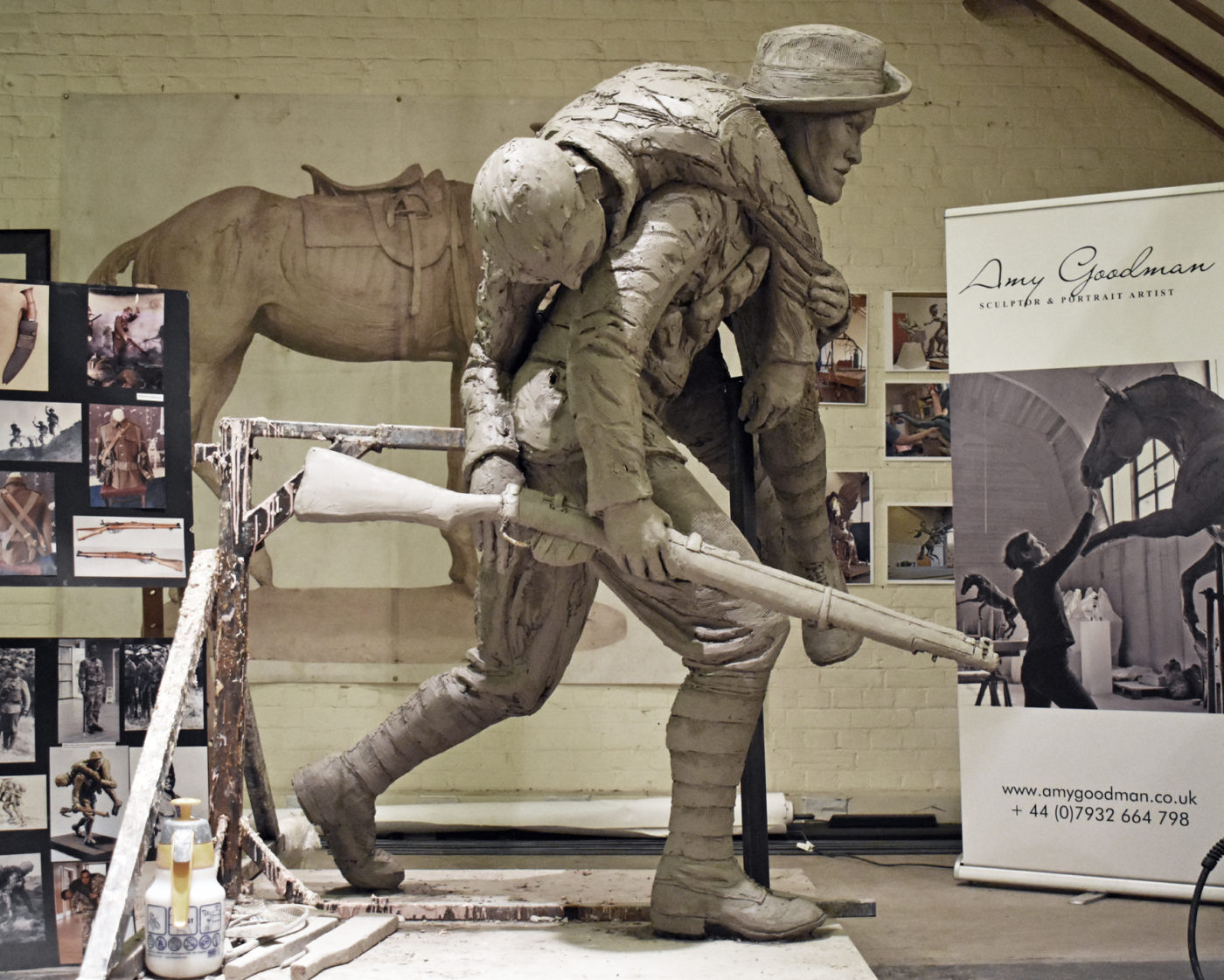