The Gurkha Museum in Winchester is currently displaying its Summer Exhibition focusing on the period between the two world wars is on display at the Gurkha Museum.  It’s said to be one of the most defining times in the 200 years of Gurkha History within the British Army.

‘Between Two Worlds’ highlights an often-forgotten part of Gurkha History. Collections Officer for the museum Doug Henderson wanted to investigate the years between 1919 and 1939 and do justice to the period. “Conflict gets overlooked, and there’s a massive social and cultural change in the Brigade of Gurkhas and in the rest of the British Indian Army that gets overlooked.”

Unique photographs and exhibits explain the changes over the period with small aggressors posing a threat to the British Empire after the First World War. Most Gurkha’s found themselves in the North West Frontier – the border of British India and Afghanistan.

Displays of humanitarian work showed the 8th Gurkha Rifles heavily involved in the aftermath of an earthquake in Ceuta in 1935.

The exhibition shows the everyday life within the Gurkha community, with images of 20th-century football matches and hill running competitions between the soldiers. The exhibition reveals parallels between the duties of current forces in Afghanistan and Iran and similar challenges facing Gurkha soldiers throughout history.

Visit the Museum website to find out more and how you can visit the exhibition. 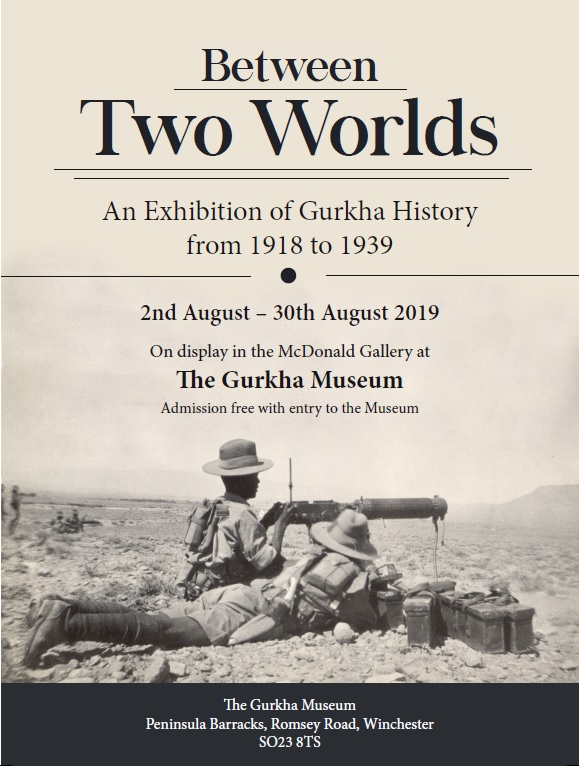