Potential recruits to The Brigade of Gurkhas and military staff based in British Gurkhas Dharan can now listen to the full service from Gurkha Radio, BFBS. 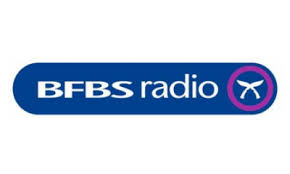 Dharan is one of two regional selection areas for the Brigade, so the installation of a new transmitter in this eastern region of Nepal means that the service can be heard on 107.5FM.

This will help to inform the potential recruits and local community about the training, operations and activities being undertaken by the Brigade worldwide.

Colonel James Robinson, Colonel Brigade of Gurkhas, said: “I am hugely grateful for the work and support of SSVC.  With their assistance we are now broadcasting across Kathmandu Valley, in Pokhara and now to Dharan.

“Gurkha Radio BFBS provides up to date news on what the Brigade is achieving.  Linking with our veterans in Nepal and UK is a vital part of us being one Gurkha family. So a warm welcome to Dharan to Gurkha Radio, BFBS.”

This is not the first time that BFBS Radio has been broadcast in this region. In 1982 BFBS Dharan was established as the ‘smallest but most picturesque of radio stations’ and was run by the Queens Gurkha Signals but it closed in 1989.

Gurkha Radio, BFBS broadcasts in Nepalese on AM and DAB in selected UK locations as well as on FM in the Falkland Islands, Afghanistan, Brunei, Nepal, Belize and on Ops.

Listen online at www.forces.net/bfbsgurkha and connect on Facebook @GurkhaRadio and via the free-to-download BFBS Radio app.