Regional Selection is now in full-swing down in Dharan and Recruit Intake 2017 (RI17) is now well underway and this year Colonel Brigade of Gurkhas, Colonel James Robinson also visited. British Gurkhas Nepal (BGN) and the Recruiting Team are delighted to be back in Dharan after being unable to setup an Assessment Centre there last year.  Last year a contingency plan was enacted in order to allow the people of Nepal the appropriate time to recover from the awful earthquakes of 2015. This meant recruiting was condensed into a 6-week window, and run in its entirety from British Gurkhas Pokhara (BGP) in the mid-West. It is fantastic that this year the Recruiting Team has been able to reopen the Assessment Centre for Regional Selection East in British Gurkhas Dharan (BGD).

RI17 Registration numbers were extremely healthy this year, with 8,465 Potential Recruits (PRs) successfully applying for selection (5,227 for the British Army and 3,238 for the Gurkha Contingent Singapore Police Force).  This is an increase from previous years and is suspected to be due to the continued increased number of vacancies for Gurkhas in the British Army (240 per annum) and also a stronger desire for young men of Nepal to better themselves and their families as a result of the earthquakes last year. 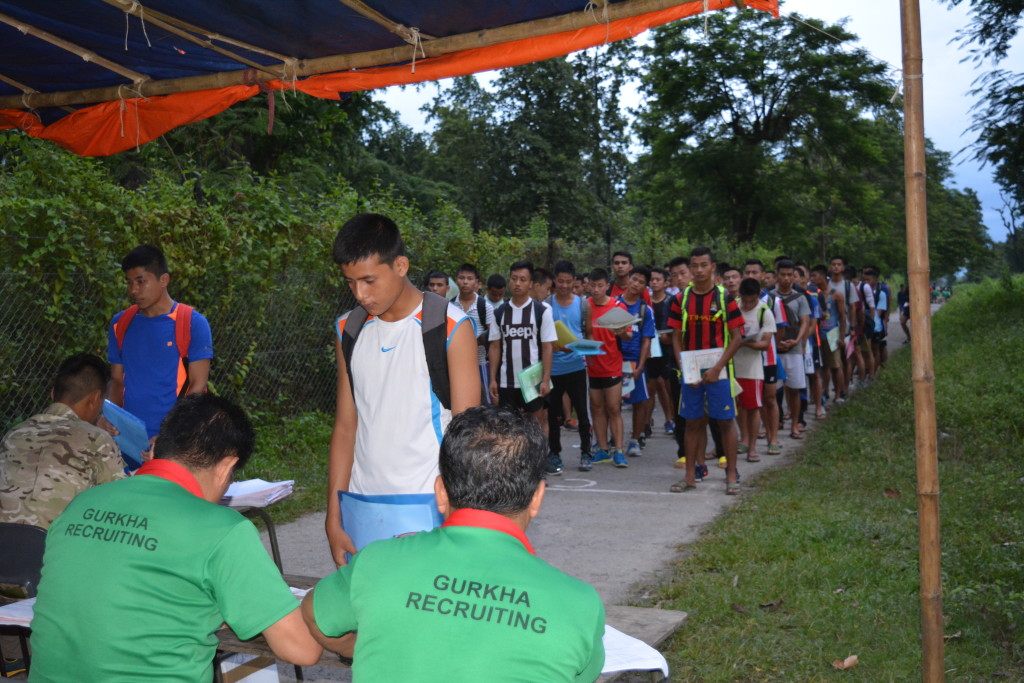 Commencing at first light (approx 0500hrs), the PRs line up with their documentation, running shoes and pencils, ready for the day ahead. Competition is tough – out of the 2,100 applicants for the British Army in the East, only 250 will be selected from Regional Selection East to come forward to Central Selection in BGP in January (in the West, only 250 will be chosen from the 3,127 applicants).

Once they have had their documentation thoroughly checked for security purposes (birth certificates, migration certificates, examination documents, passports, etc), they are then granted access to BGD. PRs then receive a brief from SO2 Recruitment (popularly known as the ‘DRO’ – Deputy Recruiting Officer), Major James Devall RGR and from the Senior Area Recruiting Officer (SARO) Capt (Retd) Rembahadur Ghale RGR. The briefs give the PRs clear direction on the day ahead and reminds them, that whether successful or not, they are all extremely welcome and encouraged to apply again should they be unsuccessful. 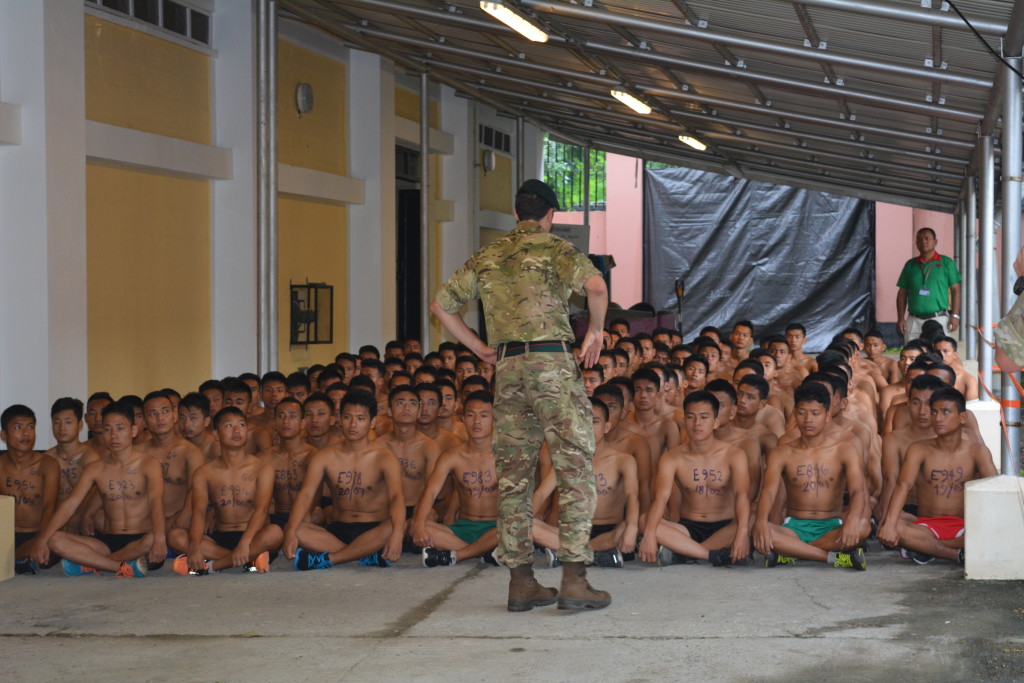 Testing then begins. It starts with education tests – Maths and English. PRs sit in an exam hall and under the overwatch of an Officer from the Langauge Development Wing, the PRs have a set time to complete a fairly basic multiple choice English test and a more challenging Maths paper. If the PRs have met the basic entry requirements and have obtained C-Grades in English and Maths at SLC, then they should be able to pass this exam.  Pass rates vary, with more being unsuccessful at Maths, but on average 80% of PRs pass the education tests. 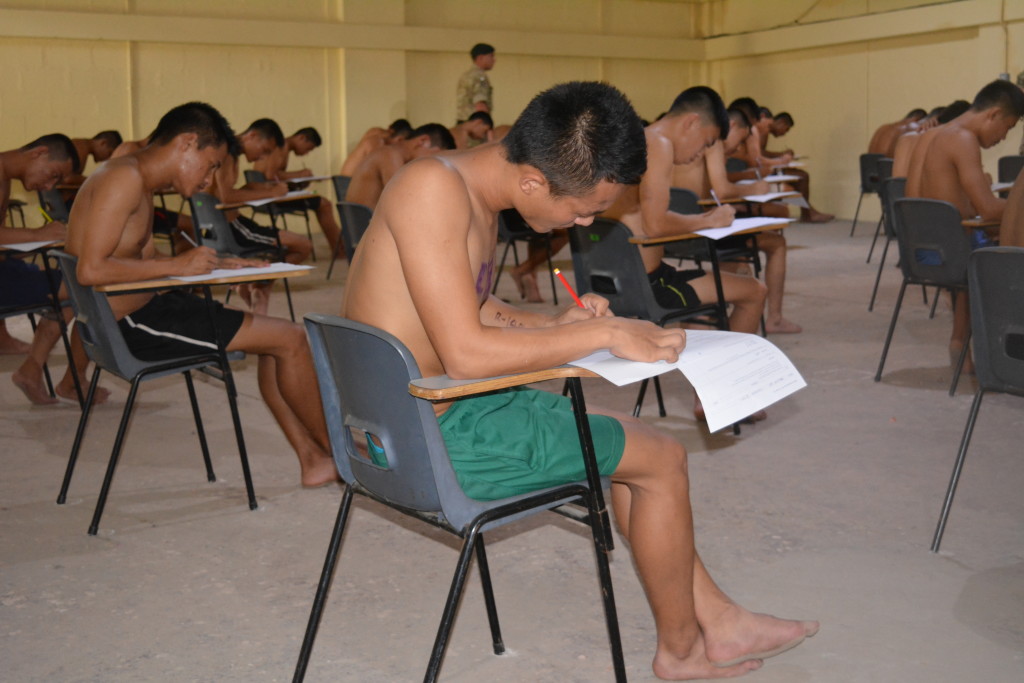 Those who have passed the education tests remain and whilst they are provided with a free meal, they then undergo some basic medical tests including a blood pressure check, height and weight measurements and a basic dental check. 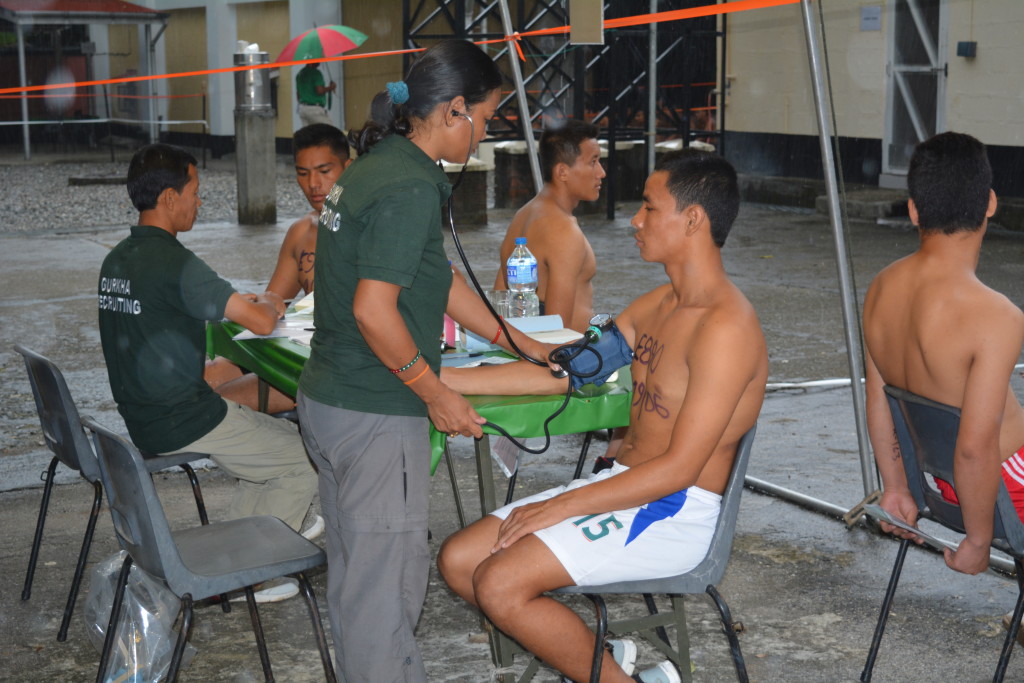 The physical tests then start at approximately 1000hrs, before it gets too hot. PRs are warmed-up by PTIs who have been sent out from Gurkha Company Catterick.  They breakdown in heats of about 10 pax and complete a best-effort 800m race. The cut-off time is 2 minutes 40 seconds. On average 1-2 in each group come in over the cut-off time. Just scraping a pass will likely not be enough however, the 2,100 easterners are in competition with one another for just 250 spots at Central Selection. Every second and every point counts. PRs then have to complete no less than 12 underarm heaves and no less than 70 situps in 2 minutes. All these tests are overwatched by Senior Recruits Assistants,  Area Recruiting Officers, PTIs and British Officers. 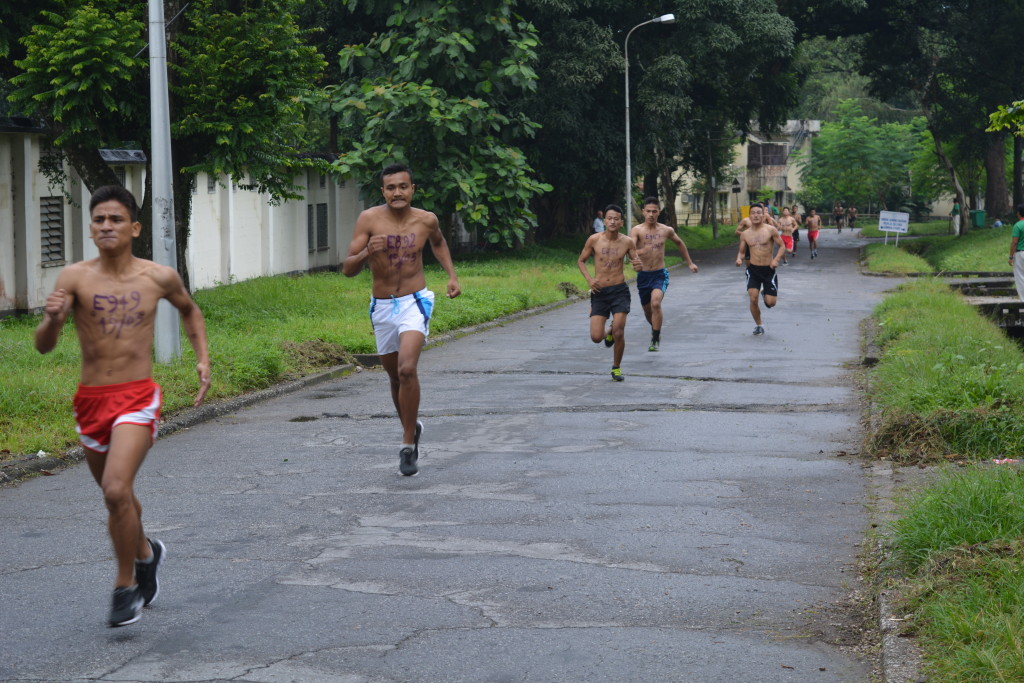 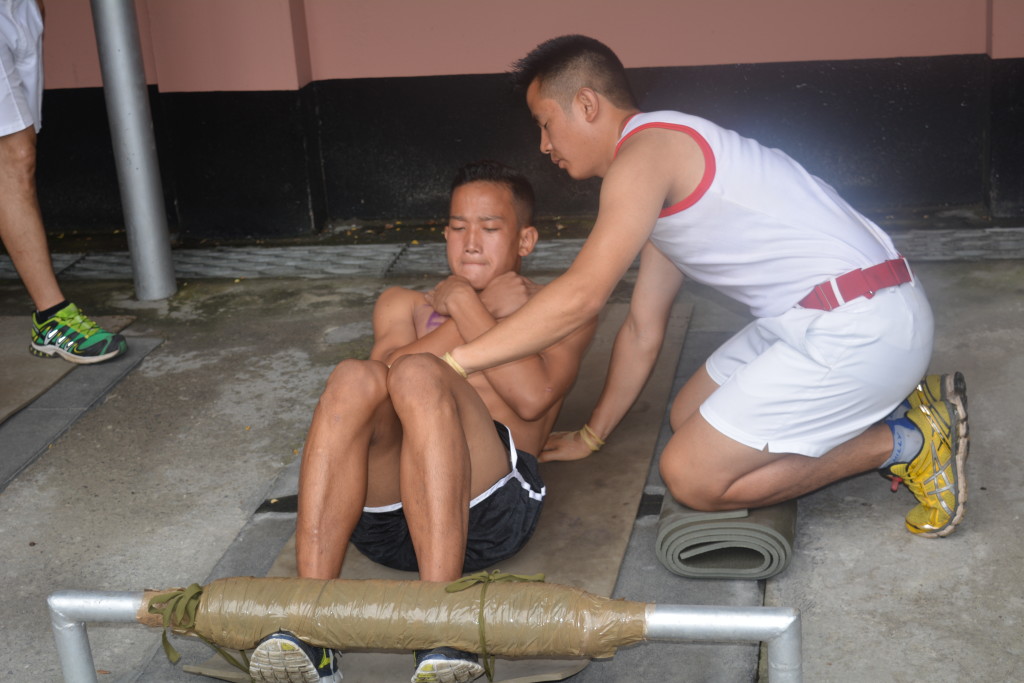 If the PRs have passed all the educational and physical tests they will then come to sit on an interview board. During the 15 minute interview they will be asked a number of questions by a British Gurkha Officer in English and then a number of questions from a retired Gurkha Officer in Nepali. The aim is to assess the PRs military suitability, character, and english oral ability.

Following Regional Selection, the results are carefully audited and checked again and again. The top 250 from both East and West are then published on the British Army website and the successful 500 will begin to prepare themselves for Central Selection at BGP.