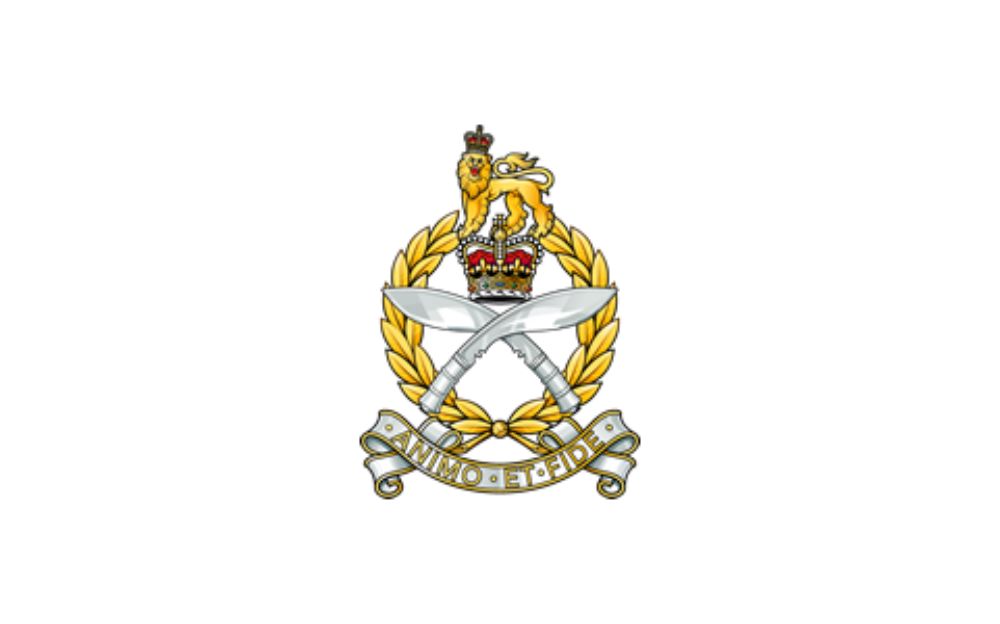 “We deliver real time administration, day in day out, and often under the most arduous and austere conditions. This is what marks us out from our civilian counterparts.”

On the 30th June 2011 at a parade at Sir John Moore Barracks, Shorncliffe, the clerks of the Brigade of Gurkhas exchanged their Royal Gurkha Rifle’s cap badge for the badge of the newly formed Gurkha Staff and Personnel Support Company (GSPS Coy).

This parade was held in the presence of the Colonel Commandant Brigade of Gurkhas, General Sir David Richards GCB CBE DSO ADC Gen. The then Director Staff and Personnel Support (Army), Brigadier Nicky Moffat Late AGC (SPS) assumed the inaugural appointment of Colonel GSPS. The formation of the GSPS Coy was the result of a major review in 2007 which sought to harmonize the terms and conditions of service of Gurkhas with the rest of The British Army.

In July 2009, the Executive Committee of the Army Board (ECAB) endorsed the broad principles on the future management of Gurkha military clerks. This included a recommendation that Gurkha military clerks should be re-organised along the lines of the Combat Human Resource Specialists in the wider Army, which would give increased career opportunities for Gurkha clerks.

Within each Gurkha battalion there evolved a clerical establishment, initially manned by Indian civilians known as writers and later a mix of Indian and Gurkha military clerks, the latter having been enlisted as line boys. These were the sons of Gurkhas who were born and brought up within the regimental lines in India. They were usually better educated than those Gurkhas recruited from the hills of Nepal and were enlisted as signallers, bandsmen and clerks. Each battalion had its own clerical structure headed by its own jemadar (junior Indian/Gurkha officer promoted through the ranks) who was designated the Jemadar, or Head Clerk.

Following the independence of India in 1947, the ten Gurkha regiments were divided between Britain and India and on 1 January 1948, four regiments, each comprising two battalions, were transferred to The British Army. Each of the Gurkha battalions and the newly raised Gurkha Engineers and Signals (Gurkha Corps units), known collectively as the Brigade of Gurkhas, had its own clerical establishment, which mirrored that of British regiments. However, in the early years, the Brigade struggled to recruit Gurkha soldiers from Nepal with the necessary skills required of clerks, primarily because at that time schooling in Nepal was very rudimentary. The majority of clerks were therefore recruited from the Gurkha communities in and around the Darjeeling District in North East India where they had the benefit of a better schooling and education. In the 1970s, the recruiting policy for Britain’s

As well as serving at regimental duty, clerks were employed in the Headquarters of the Brigade of Gurkhas, Training Depot, Manning and Records Office and on the Gurkha lines of communication in India (until 1972 when the Transit Depot in Calcutta was closed) and Nepal. Gurkha clerks continued to be regimentally cap-badged until 1994 when, as part of restructuring of The British Army and draw-down of the Brigade of Gurkhas, the four Gurkha Rifle Regiments were amalgamated to form The Royal Gurkha Rifles.

Because of the reduction of the Gurkha Corps units to Squadron-sized units it was decided to re-badge all clerks into The Royal Gurkha Rifles. This was despite the fact that in the previous year all Royal Army Ordnance Corps (RAOC) Staff clerks and the Army’s regimental clerks had been formed into the Staff and Personnel Support (SPS) Branch of the Adjutant General’s Corps (AGC). It was to be another seventeen years before the clerks of The Royal Gurkha Rifles were to have their own identity eventually realised by being formed as the GSPS Coy with their own structure, insignia and Representative Colonel.